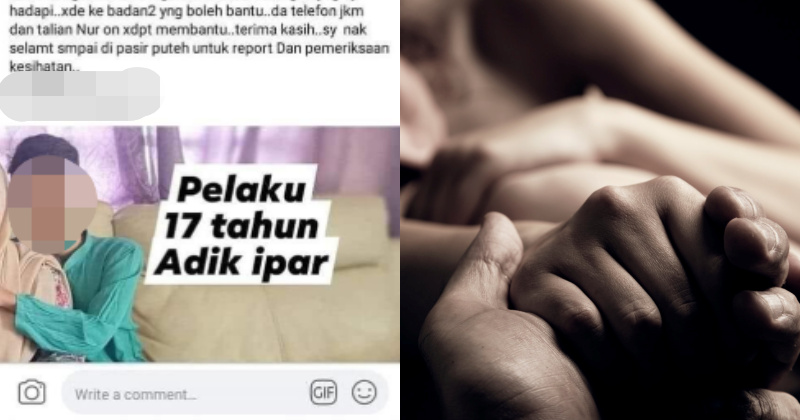 Wanting to help out another person in need, netizen @danialxpruk took to Twitter sharing the story of a woman asking for public funding to help her lodge a police report against her 17-year-old brother-in-law who molested her two daughters.

Seriously, we can’t believe that these things are still happening!

In her status, she writes, “I am pleading members of the public to help me report my brother-in-law who molested my two daughters, aged seven and four.”

“The incident took place in Pasir Puteh and it happened when I was in Jengka, Pahang visiting my sick mother.”

Having received the story first hand from her own daughter, she revealed that she was forced to perform oral sex before her uncle proceeded to rape her.

“I have no vehicle to drive and bring my daughter to the police station in Pasir Puteh to lodge a report there.

The story, however, did not end there.

“My husband and I were stopped by my in-laws from making a report in fear that it will tarnish the family image. But what about my daughter? What about her future?”

“I just want justice for both my daughters.”

In the tweet thread, it was shared that a report has been lodged in Jengka, Pahang and has been delivered to the Pasir Puteh police station.

“The system has transferred the case to Pasir Puteh, they fear that there may be a delay in the reporting process, which in turn will tamper with the medical report.“ 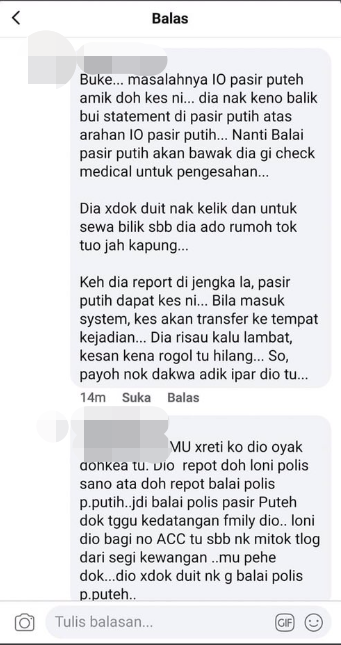 Which leaves the family only with the issue of monetary funds needed to make the trip from Jengka to Pasir Puteh.

Further explaining why the family is currently having financial difficulties, @danialxpruk explained, “The husband is currently facing an RM100,000 debt and is facing bankruptcy.”

After successfully gaining some crowdfunding, we are glad to report that the suspect is currently in police custody. 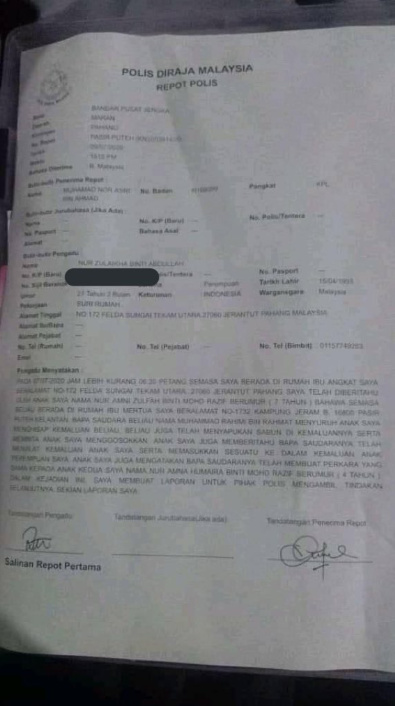 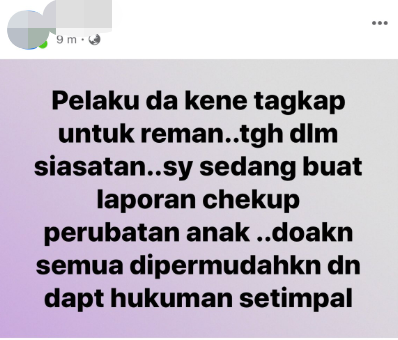 The mother writes, “The culprit is now in police custody and is currently under investigation. I am in the process of going through medical check-ups for my daughters.”

“Pray that the process will go on smoothly and may the culprit be met with swift justice.”

Let’s hope that the action of her brother-in-law will not have a lasting effect on her daughters. 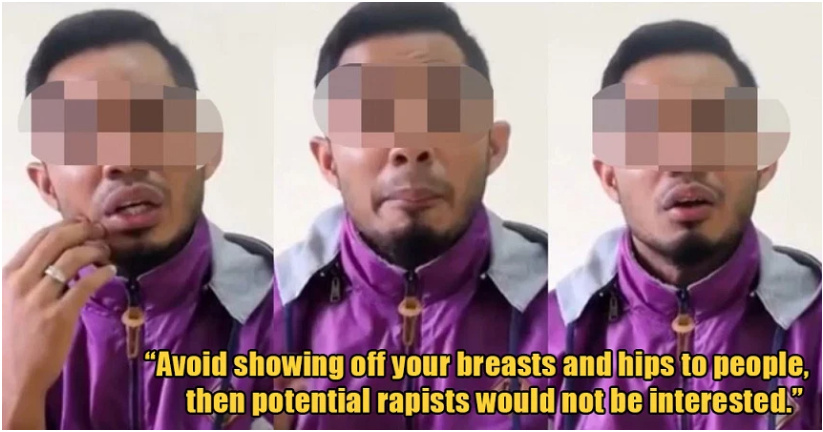