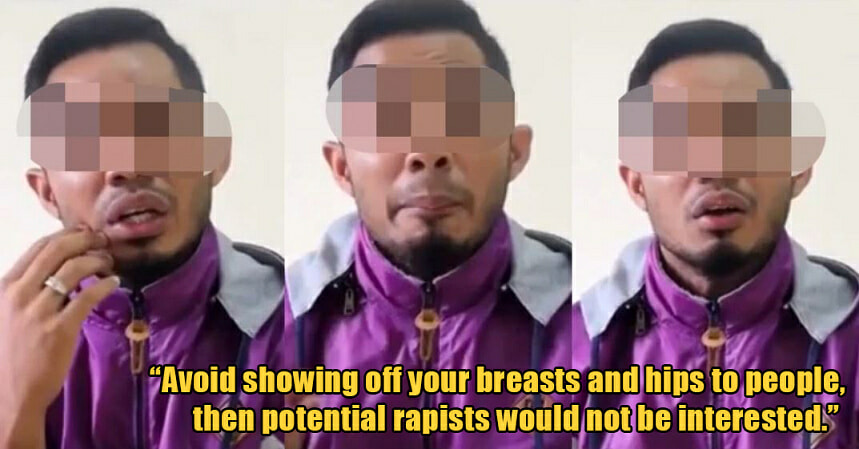 Some people just don’t understand that until women are treated with respect and equality, rape will always be around especially at a time where women’s bodies are sexualised and objectified for a man’s pleasure and dominance.

Not getting the memo is one teacher in Baling, Kedah, who took to social media sharing his views that rape is NOT ONLY the fault of the rapist but also on women for ‘objectifying’ themselves on social media.

Here is a video of him, sharing his views which have since spread like wildfire on social media shared by the school’s alum @sarahfia.

To sum his video up, the teacher shared controversial and sexist remarks on the issue of rape, stating his view that women play a primary role in attracting sexual predators.

Sexual slurs were also mentioned in the video stating, “If you look after what you wear, avoid showing off your breasts and showing off your hips to people, potential rapists would not be interested, to begin with.”

“When you show off, it signals that you intend to sell.”

Believe it or not, he likened rape to placing a headscarf on the couch. ‘Great’ analogy, dude.

The original video is no longer available on his private platform, but the school’s alumni manage to capture the recording and post it on Twitter.

Understanding that this video will reflect badly on the school, a media release was published by the school’s Alumni calling for the school to reprimand the teacher. 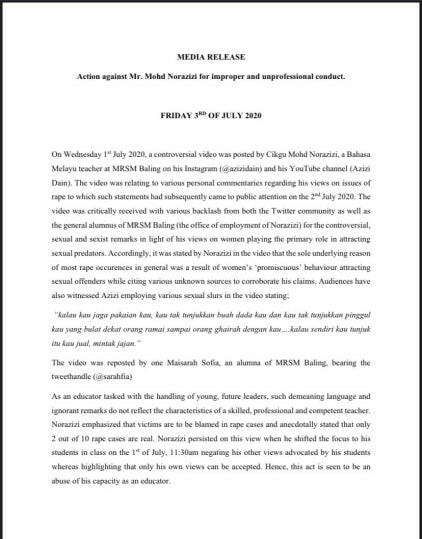 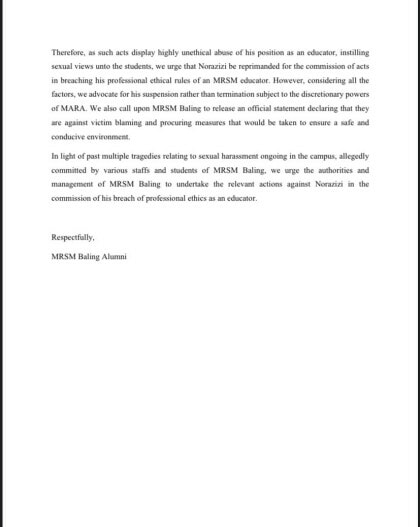 “Considering all the factors, we advocate for his suspension rather than termination subject to the discretionary powers of MARA.”

“We call upon the school to release an official statement declaring that they are against victim-blaming and procuring measures that would be taken to ensure a safe and conducive environment.”

To show just how angry people have become at the video, a petition to take immediate action against the teacher were also shared by various notable public figures, among them Kashturi Patto. 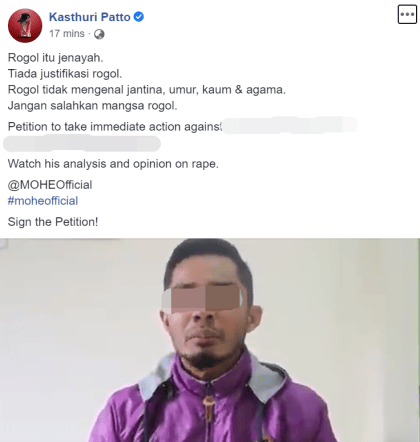 “Rape is a crime. There is no justification for rape. Rape happens regardless of sex, age, race or religion. Do not put the blame on the victims.”

Teacher has since released an apology video

The teacher who received plenty of backlash uploaded an 8-minute video to his social media channel. His objective of doing so is to clear his name, stating that he’s not a rape enabler nor a rape apologist as claimed by netizens.

He states that he apologises for any misuse of words in his previous video that made it seem like he’s enabling rape.

Also read: The Horrific Underground Rape & Abuse By A Malaysian Man In A Bukit Bintang Condo 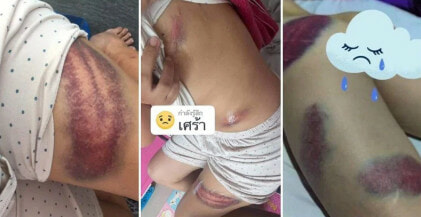