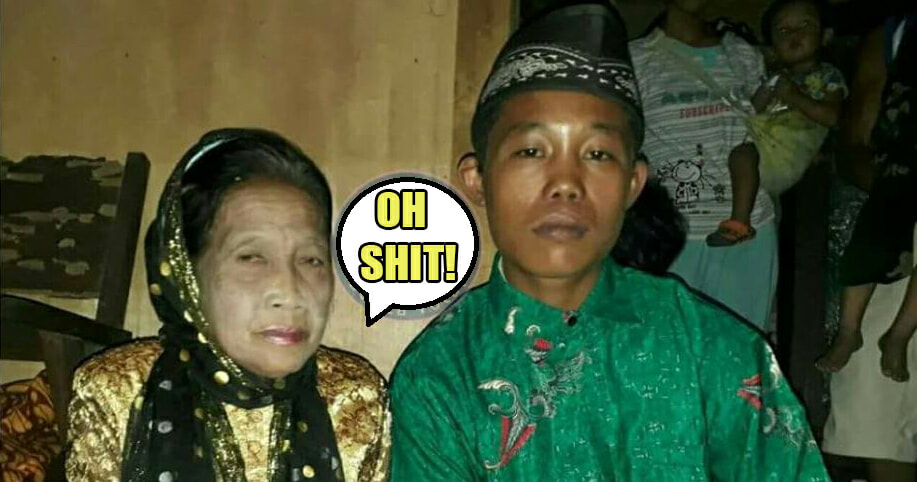 The news of 16-year-old Selamet Riadi marrying 71-year-old Rohaya rocked the whole world due to the ridiculously massive age gap.

In fact, the couple threatened to commit suicide if the families of both sides didn’t give them their blessings. After all the drama, their families agreed to let them get married. 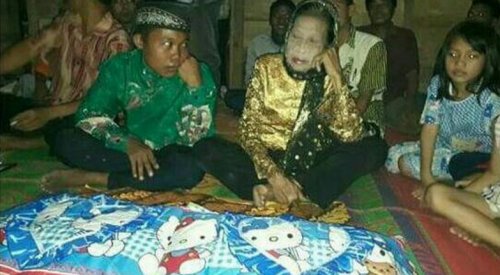 In Indonesia, the official minimum age of marriage is 16 for girls and 19 for boys. However, there is a special union called ‘nikah siri‘ that’s recognised by their religion but not by the state, Jakarta Coconuts reported.

This was why they needed the blessings from both families in the first place. Although it was such a strange set of circumstances, what’s done is done and everyone could only wish them a happy wedded life.

However, it was recently revealed that the 16-year-old seems to be insecure with his marriage. He admitted in an interview that he would lock up his wife at home whenever he goes out. 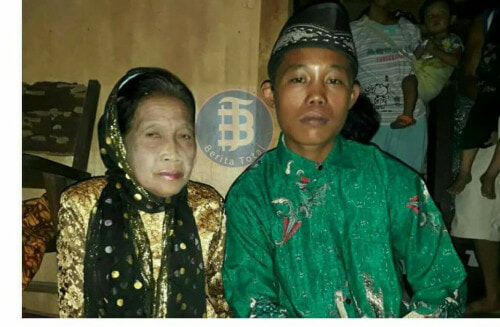 “I lock her up because I’m scared that other men will enter the house when I’m off to buy noodles or cigarettes. But when I get home, I unlock the door.”

“My jealousy is over the top. This is because I love her.”

Doesn’t this count as abuse? 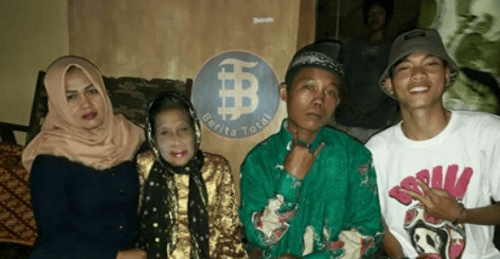 For obvious reasons, Rohaya wasn’t interviewed at all about being locked up by her teenage husband.

It seems the couple will be spending their honeymoon in the South Sumatran capital city of Palembang. The 16-year-old even expressed that he wanted to have children with his 71-year-old wife.

I think he needs to learn a little bit more about biology or pray super hard for miracles to happen!

Whatever it is, locking your wife up when you’re away is definitely NOT the sign of a healthy relationship (on top of the insane age gap, of course). Please do not do this to your loved ones! 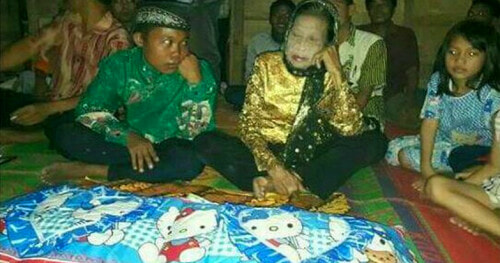