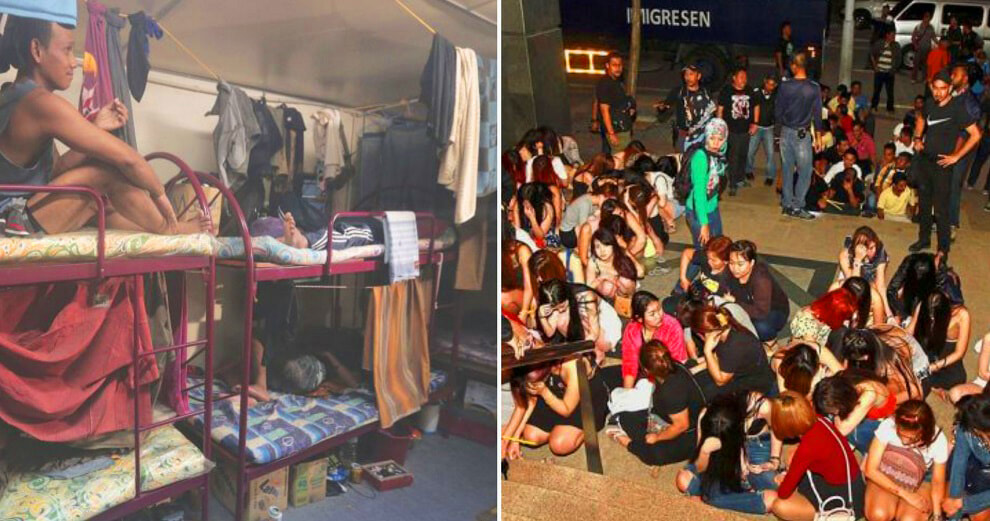 This is truly appalling!

According to the Malay Mail, an employer was recently exposed for his cruel ways during a raid at his night club this past weekend.

The employer, who owns a night club in Jalan Pudu, had 14 of his foreign employees live in squalor for the past four months. 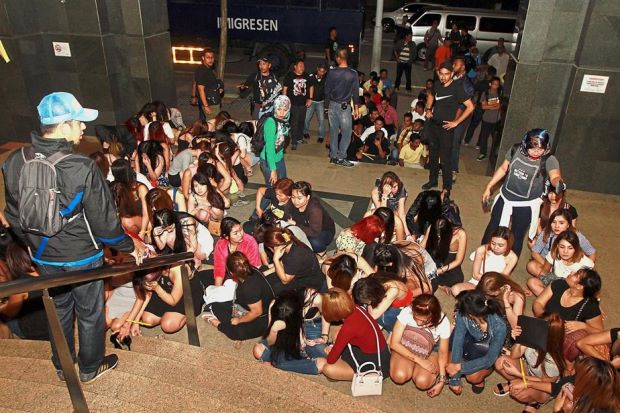 The 14 women who were hostesses at their employer’s night club, were forced to sleep in a small room on plastic armchairs with windows.

Their only source of ventilation in the dimly-lit room was a noisy air conditioner.

The women, who are all in their 20s and 30s and hail from China, Thailand and Vietnam, would cover the armchairs with towels and sheets to reduce their discomfort. 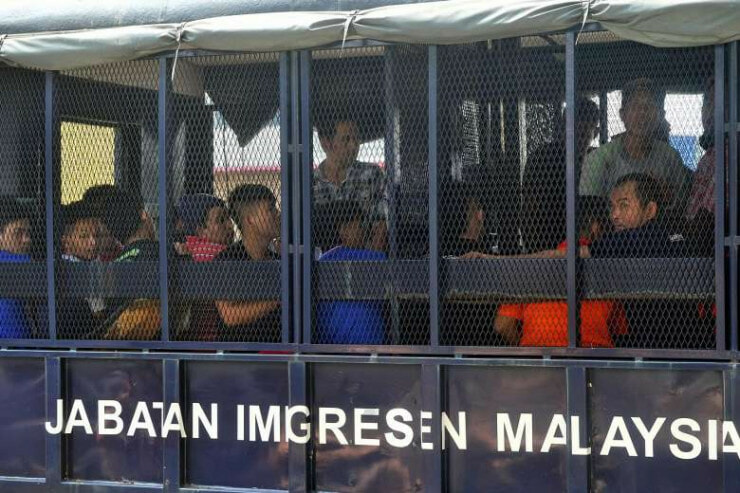 On top of that, the only other furniture they had were a single shelf and two vanity tables. Authorities also found trash and blankets strewn about the small room.

“It is hard to believe this is where they sleep after work,” said one immigration officer.

“Trust me, we have seen worse than this… this is actually not that bad,” added another officer. 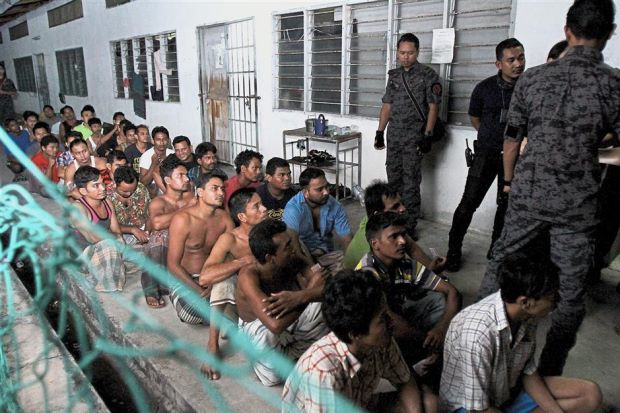 Thankfully, the employer has since been arrested.

In another raid that took place at the Central Labour Quarters (CLQ) in Dengkil, immigration officers found six or eight foreign workers living in used freight containers that contained bunk beds and one small fan.

These containers were filled with a foul smell due to poor ventilation. 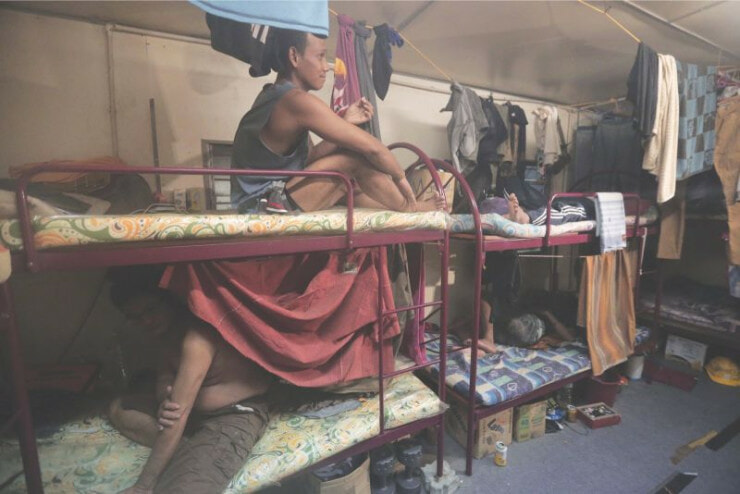 Over the weekend, 1,250 foreigners were reportedly screened during a seven-hour spot check in Damansara Perdana, Jalan Pudu and Dengkil.

196 of those foreigners were arrested for not having valid travel documents.

It’s alarming how many foreign workers are being mistreated and cheated by their employers here. We hope the authorities take more action to prevent these horrible incidents from happening!

Also read: Malaysian Complains We Should Stop Giving Jobs To Foreign Workers, Gets Backlash Instead 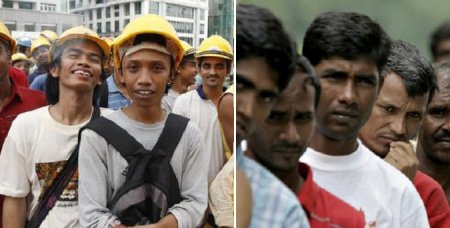