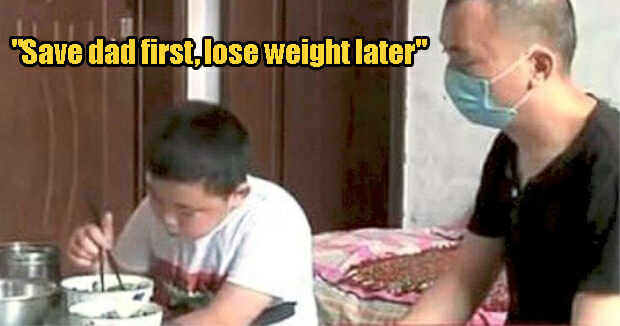 Not all heroes wear capes, and not all heroes are big and strong either. Sometimes they are just little boys who love their father so much that they’re willing to do whatever it takes to save his life.

While most people eat to live, 11-year-old Lu Zikuan from China eats so that his father can live.

The Primary Four pupil from Xinxiang city of Henan, who previously weighed 30kg, has gained more than 10kg in the span of three months after eating at least five meals a day! With his meals mostly consisting of fatty meat and rice, he is getting close to reaching his ideal weight of 50kg. 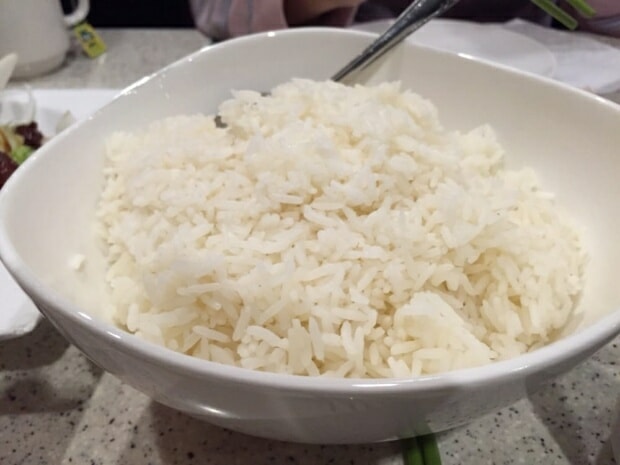 The reason Zikuan started this diet is because his father, Lu Yanheng, was diagnosed with leukaemia seven years ago and has been receiving treatment for his condition. However, his health began to deteriorate last August and is in need of a blood transfusion, reported The Star.

Yanheng was informed that the only option for him now is to get a bone marrow transplant, and after conducting tests on his family members, Zikuan’s bone marrow proved to be the only one compatible with his.

This was good news for the family as they had very little hope for the past few years. However, Zikuan was only 30kg at the time, which disqualified him from being a bone donor as he was underweight.

“The doctors said in order to donate my bone marrow, I need to be at least 45kg. The ideal weight is 50kg,” Zikuan said.

“Very soon, I will reach 50kg and will be able to save my father.” 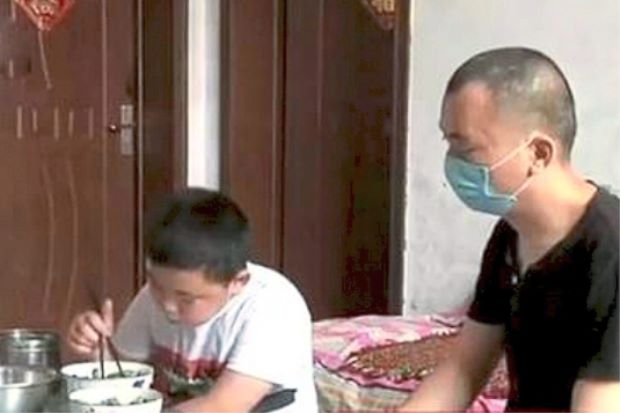 However, increasing his food intake since March has added an extra burden to his family’s financial situation. His mother, Li Jinge earns only about 2,000 yuan (RM1,215) a month doing odd jobs at a grocery store, which isn’t enough to support her son’s goal of putting on weight.

Not only does she have to care for her husband and son, she also has to tend to her eight-year-old twins and parents-in-law, who suffer from high blood pressure and heart problems.

She depends on cheap meat that she purchases at her workplace every night. 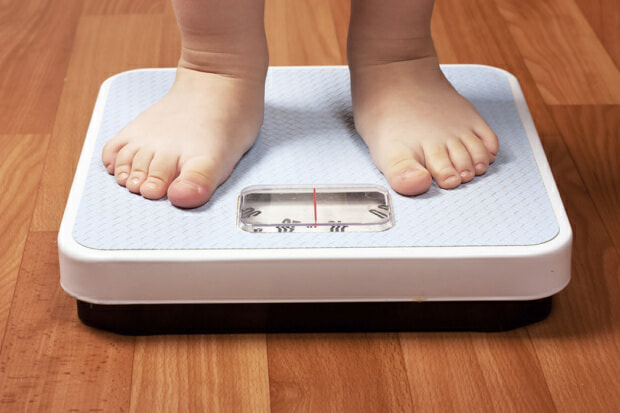 Zikuan’s teacher, Zhao Meng-meng, said that he is a smart boy and has been a class monitor since Year One.

“After he put on weight, some students started calling him pangzi (fat boy) but they stopped after learning his story,” she said.

When asked if he was hurt by being called a fat boy, Zikuan answered with a firm ‘no’, and added that he was actually proud that he was able to save his father.

The school has since started a fund-raising drive to help Zikuan in his quest to save his father.

Zikuan is such a sweet boy who has a big heart for his father. We hope that he’ll be able to reach his ideal weight soon so that he can save his father’s life! 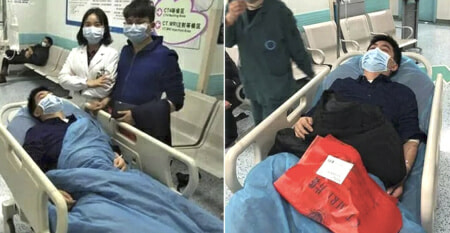