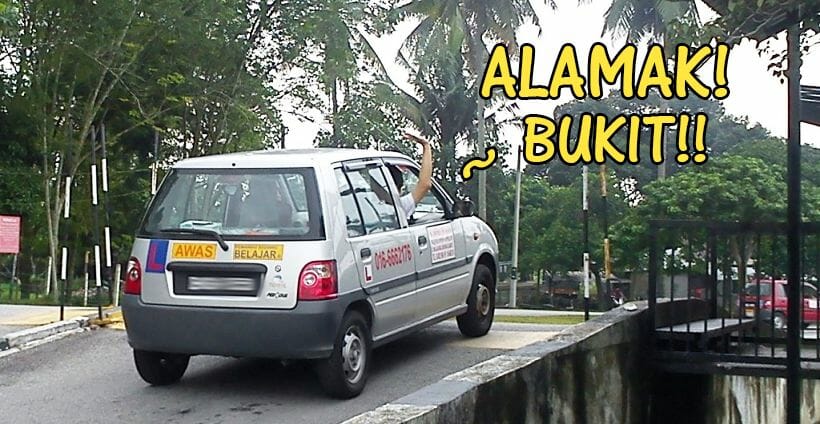 By the age of 17 or 18, most Malaysians would have already gotten their driver’s license, especially when it’s so difficult to get anywhere without a car in Malaysia!

Before getting that pinkish orange-coloured card though, we had to go through hours of lessons and practice, and sit through some extremely stressful tests.

Check out some of these hilarious situations we’re all probably too familiar with.

Those long hours spent watching videos about car crashes were pretty dreadful. Especially when back then, smartphones still weren’t a thing yet, so all we could do was just stare blankly into the screen.

What’s even better is that at the end of the day, you felt like you’ve learnt absolutely nothing practical!

2. Being all alone during those boring classes

Going to the driving lectures isn’t like going to school. You schedule it on your own time, so you usually end up going alone. Of course, being alone does have its perks because you may end up with a new friend or two!

3. Sitting for the undang exam

This is it, the moment of truth. You’ve gone through hours of those mind-numbingly boring classes and now you just need to get a minimum of 42 out of 50 questions right. There’s only 8 questions we can screw up!

4. Being super nice and sweet to the invigilator

Ok, it’s not exactly bodek-ing them but the whole point is to impress them right? So you show them extra-wide smiles, your tone of voice is super-friendly and you cheerfully wish them ‘good morning’ or ‘good afternoon’.

Internally, we’re just hoping that if we mess up, they will remember how nice we are and let us go. *grins*

The bukit aka the hill is notorious for having the highest failure rate among students and every driving student has been warned about it. I mean, we had to land precisely on that small strip of line, all at the same time balance the speed and clutch action; it’s too much pressure for our 17-19 year-old selves! 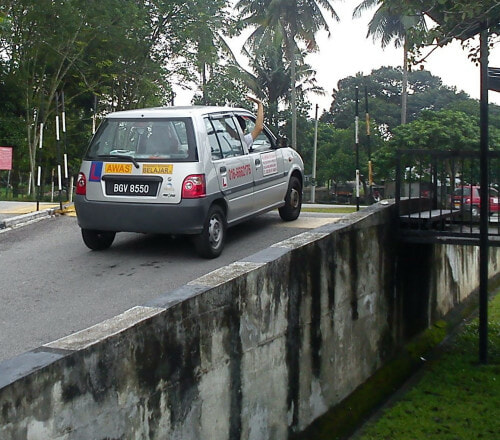 6. The anxiety during the driving test no matter how many times you’ve practised

No matter how flawlessly you’ve pull off the three obstacles (hill, parallel parking and three-point turn) before, doing it in the actual test where you’re being graded is a whole new thing!

7. The HORROR when the car in front of you fails their bukit test

You’re waiting in line for your turn to go up the dreaded hill but then the student just before you fails their test. You see the car rolling backwards and you can just feel the butterflies in your stomach going haywire as you fear you might fail too.

The raining kancils or kelisas are always so old, they don’t have power steerings. Every lesson is like a workout. People who take the test nowadays would not know the pain of driving without a power steering, where we’d have to exert all our strength to just turn the bloody darn wheel.

Learning how to drive a manual car really needs some getting used to. We’ve all killed the engine halfway while driving on the road at least once. Not to mention the honking from the cars behind you, which doesn’t help at all. #Nopressure

10. Being asked by everyone if you ‘bao‘ your license

Isn’t it sad that it’s like the most standard question you get asked by friends and family members? Bao-ing your license is so common that people automatically assume you would’ve done so if you passed your test on the first try.

11. That feeling of finally getting your license

WOOHOO! You’ve passed all those nerve-wrecking tests and now you just need to NOT get into any accidents for the next two years. No worries, no stress at all. #macamyes #tapibukan

Remember to always drive safe, you guys! And for those who are going through all of these things RIGHT NOW, kipidap, dongibab… 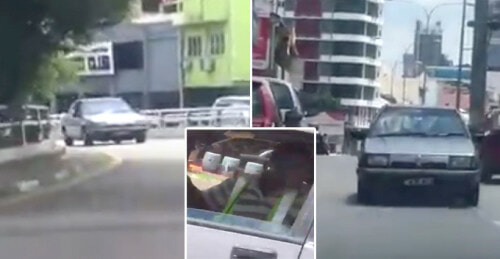