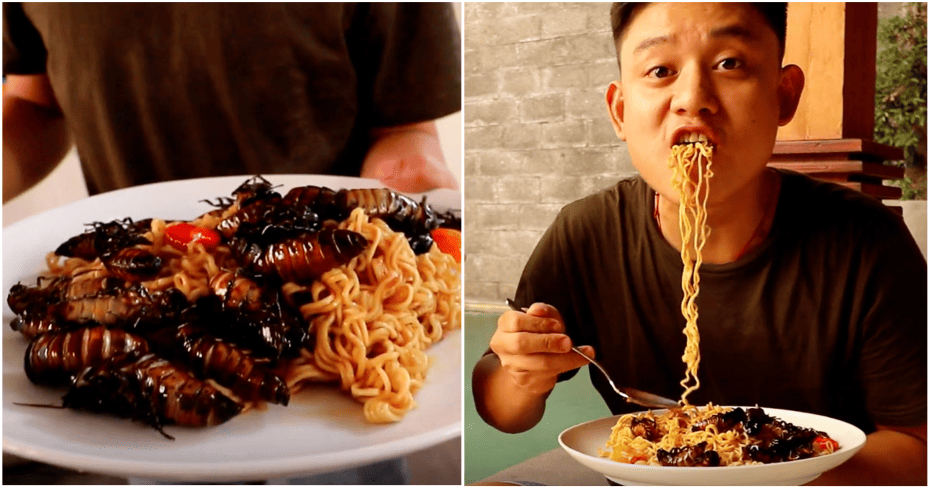 Indomie is one of Indonesia’s biggest and most popular exports and has been a staple in many a household globally. It’s so popular that the instant noodle has also been used as currency in Australian prisons.

The famous quick meal is wildly popular because of its simplicity to make and its tastiness. Its easy preparation has made it accessible for Indomie aficionados to experiment with their dish and to fuse different elements together to elevate the taste and the eating experience.

However, there’s one combination by a YouTuber named Bobon Santoso that we will definitely not want to try. Recently, he made a video of him eating Indomie with an unorthodox protein source, huge Madagascar Hissing Cockroaches. EEEK!!

Bobon explained in his video,

“The Madagascar Hissing Cockroaches are known to be one of the most ferocious cockroaches in the world. Oh my God, they stink.”

Before mixing them in his noodle, Bobon rinsed them with water and dish soap (what?), then he boiled them before deep-frying them. After that, he added the crispy fried cockroaches to his Indomie plate. He said, as quoted by Coconuts,

“Delicious, it tastes like shrimp that’s deep fried with its skin intact.”

Bobon explained to Kumparan that he had researched about which kinds of insects were edible and cockroaches stood out to him. Although eating the roaches did not have an immediate impact on his body, Bobon did reveal that he felt nauseous after finishing the meal.

Prof Dr Nuri Andawulan, the director of Southeast Asian Food and Agricultural Science and Technology (SEAFEST), told Kumparan that most cockroaches are definitely not safe to be consumed because of how they live their potential to harbour diseases.

Eating insects is nothing new. A lot of communities around the world include insects in their diet. However, please be selective and do your research before you start adding any creepy crawlies into you Indomie. Why complicate the dish? Just enjoy the deliciousness and simplicity of it lah!

Also read: Indomie Contest Asked for ‘Most Creative Recipe’ and the Results Blew Our Minds! 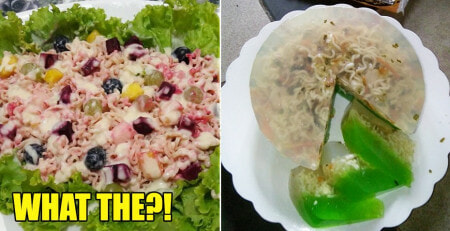