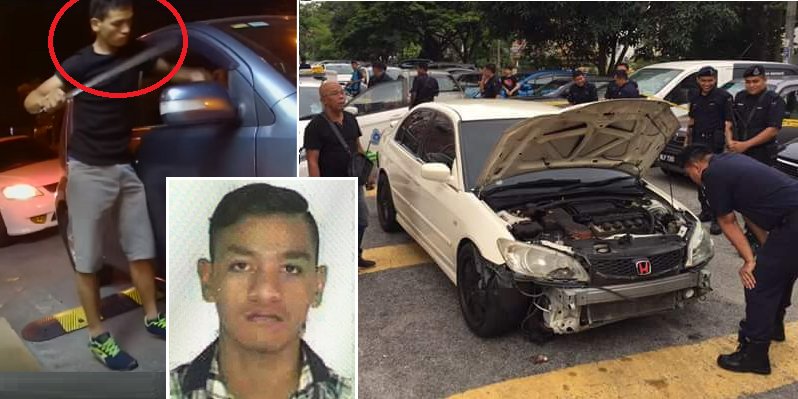 The victims reportedly saw a white Honda Accord tailing them for quite some time and decided to hastily turn into a random housing estate before being stopped at the guardhouse. The suspect who was behind the girls, got out of his vehicle armed with a two foot long machete. He assaulted the ladies who remained in the car, pursued them and escaped!

His eldest brother, who is 27-year old, who would only like to be known as Mohammad came forward recently to Berita Harian. He heard of this through a friend who showed him the video of the crime that went viral on social media.

“My brother never done this sort of thing before this because he was fearful of me as the eldest brother, but I moved out to stay in Kota Kemuning a few months ago while he remained with our family in Subang.”

According to him, the moment he saw the video he recognised the suspect as his brother. He has stated that his brother used to attend Sekolah Tunas Bakti Taiping, a school for juvenile criminals, due to past offenses. The school management refused to take him in after he ran away last March.

He posted an apology to Facebook recently and it went viral. He said he posted it because he felt it was his responsibility as a brother ;

“To those who know the victims, please convey my regret and my intention to make amends on behalf of my brother and I urge them to contact me through Facebook.”

“Although I know this offer will not make up for what my brother did to you, please acccept my apologies once again,”

He has stated he did not think of the implication of his post beforehand but he still stands by his decision.

“Maybe it’s a part of me that wants to set aside shameful incidents, but the sister of the victim has contacted me and I was told that she’s fine, but is still traumatised.”

Since the incident, the police have tracked the car down in Desa Ria, noting the similar description and matching license plate numbers. Petaling Jaya police chief, Assistant Commissioner Mohd Zani Che has detailed the incident as follows;

“About 5.30pm on the same day, a police patrol team spotted a white Honda Accord which bore the same plate number as the car involved in the robbery, at the Desa Ria area.

“The team then ordered its driver to pull over for checks. However, the driver instead rammed into a car in front before reversing and ramming a police car behind, before it sped off.

“Police gave chase for about two kilometres to Desa Mentari area, where the Accord driver, again, deliberately rammed into the right side of the police car. This prompted police to fire five shots in self defence,” 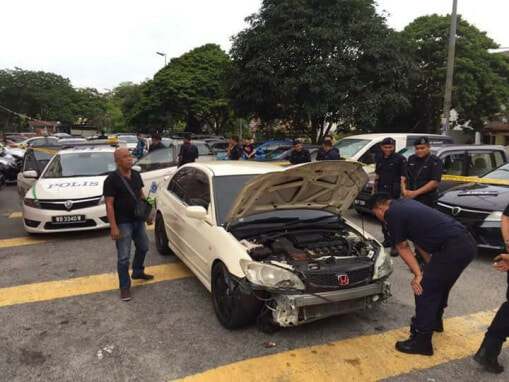 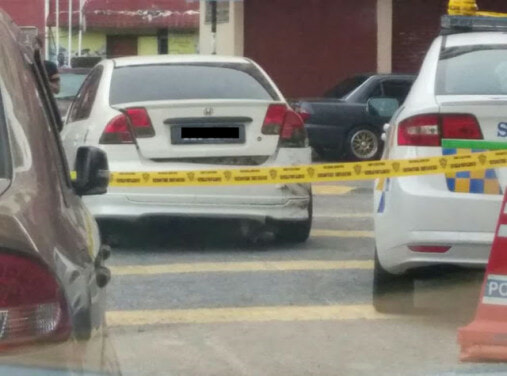 Shots aimed at the Accord’s engine were fired by the driver in the police car after the patrol car was rammed into by Nur Aman.

However the suspect managed to flee the scene and abandoned the car not too far away. The car is found to be the same one stolen from a Custom’s officer.

When they searched the car, they found nine packets of what they suspect to be heroin, along with a machete and a helmet.

If any of you guys have any information on Nur Aman, please call the district police headquarters at 03-79662222 or your local police station.