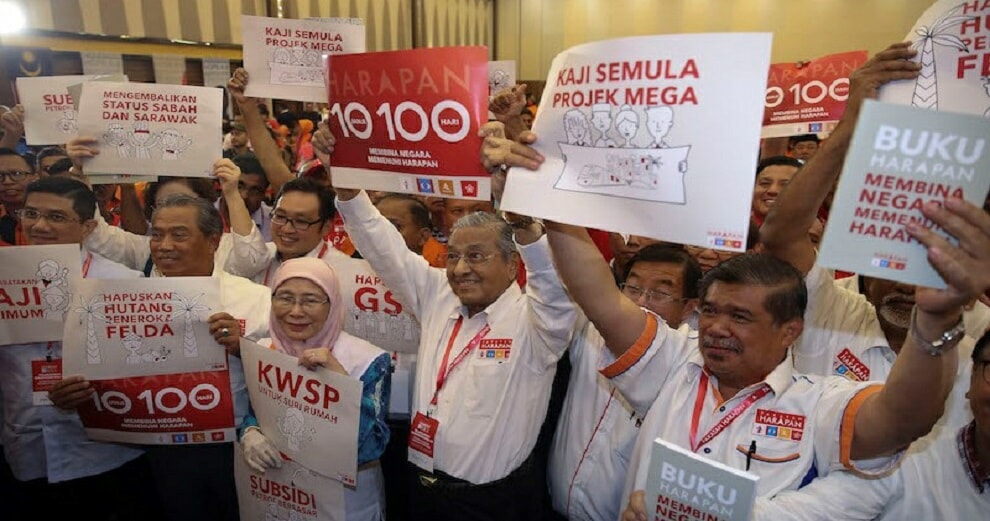 So, it’s been a little over a month since the historic 14th general election, which saw Pakatan Harapan (PH) take over Barisan Nasional (BN) as Malaysia’s new government.

During the campaign period, PH promised a number of reforms if they were to take over as the new government in their 5-pillar manifesto, as well as the 10 other promises they intended to fulfil in 100 days. In light of this massive change in government, a group of programmers put together a website called The Harapan Tracker, which tracks the status of all of PH’s promises. 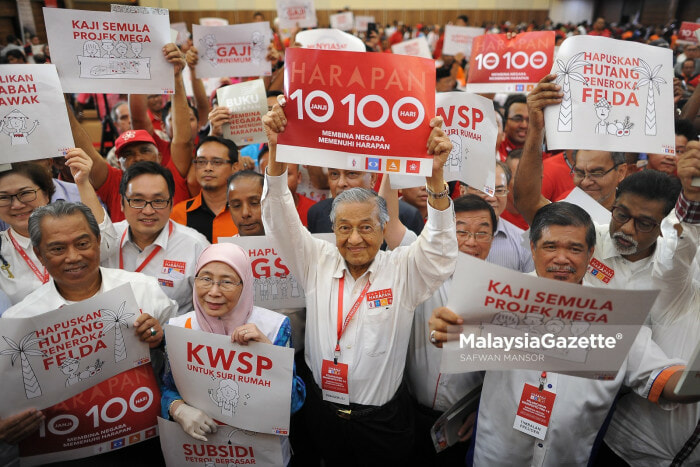 According to the website’s about section, its developers consider the following as promises;

The tracker lists down each of PH’s promises, which are arranged according to 6 different categories, which are;

The website rates the status of these promises (all 328 of them) as either “Not Started”, “In Progress”, “Achieved”, or “Broken”. 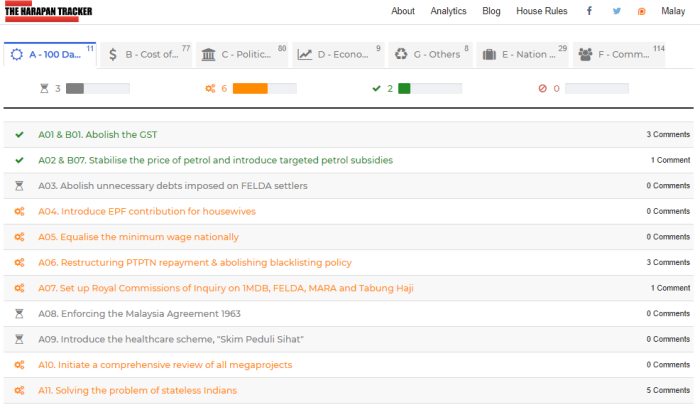 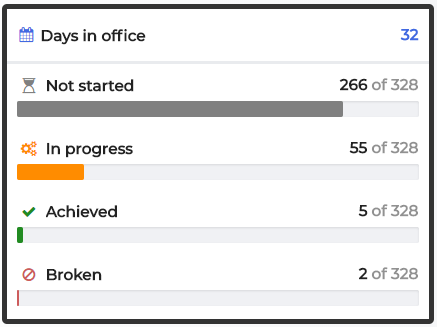 On top of that, netizens are also given the space for discussions thanks to a comment section linked to each promise. So, it also works as a mini forum!

When asked about the purpose of creating this non-partisan website, The Harapan Tracker’s founder, Dennis Kam told Malaysiakini,

“The group’s primary goal for this platform or tool is to allow everyone to see what has or has not been achieved by our government, and to keep them accountable to their promises.”

“Our secondary goal, but equally important in the long run is to make democracy work by inspiring people to participate in policy-driven conversations and debate – shifting focus away from gutter politics.”

What an innovative way to keep our new government in check! Have you been regularly checking on this website? Do you find it useful? Let us know in the comments below! 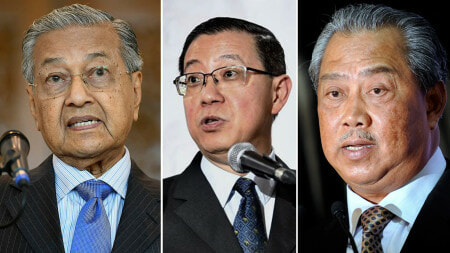