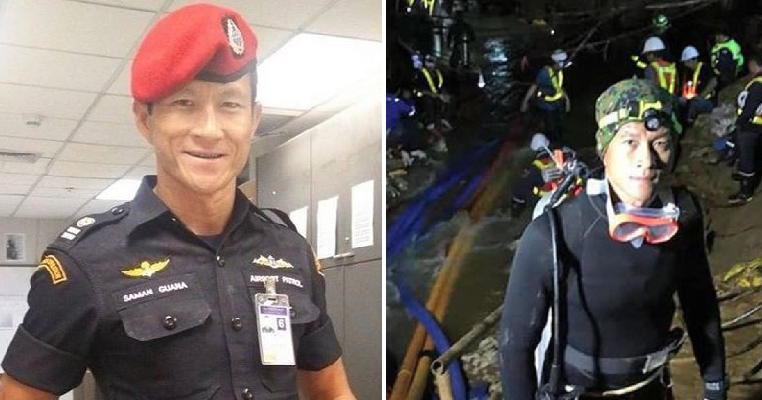 People all over the world are rejoicing over the news that the Thai football team and their coach were safely rescued from Tham Luang cave yesterday night (July 10). However, while the rest of the rescue crew also made it out safely, one hero did not manage to survive the grueling rescue mission. Oh no! 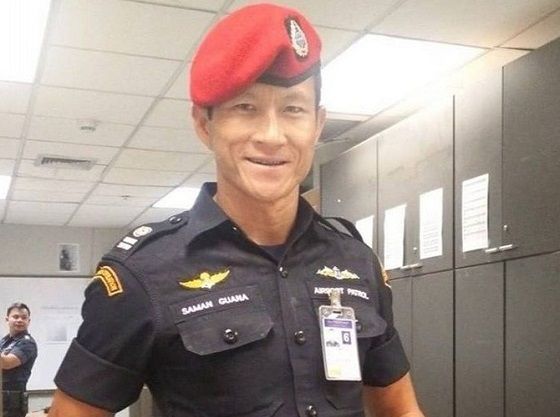 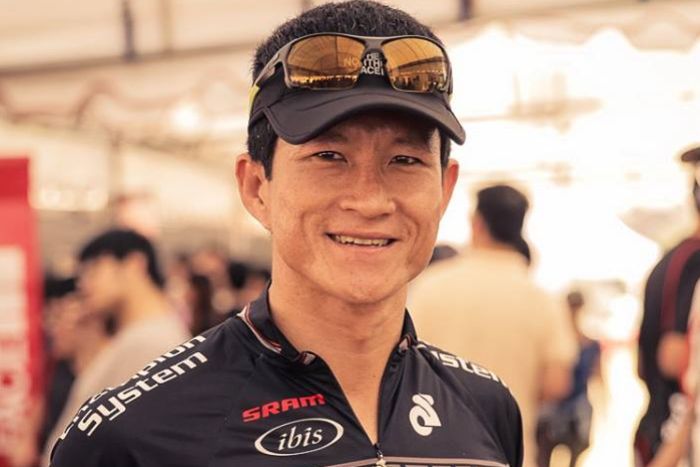 Former Thai Navy SEAL Petty Officer First Class Saman Gunan, 38, was working as a volunteer on the rescue mission but had tragically lost his life on Friday (July 6). He was inside the cave complex and was part of the dive team setting up oxygen tanks along the rescue route, NZ Herald reported.

However, he lost consciousness underwater and although a dive buddy tried to administer first aid to revive him, he did not succeed. Saman was pulled to chamber three and they tried to revive him again but it was already too late. RIP, you’ll always be a hero. 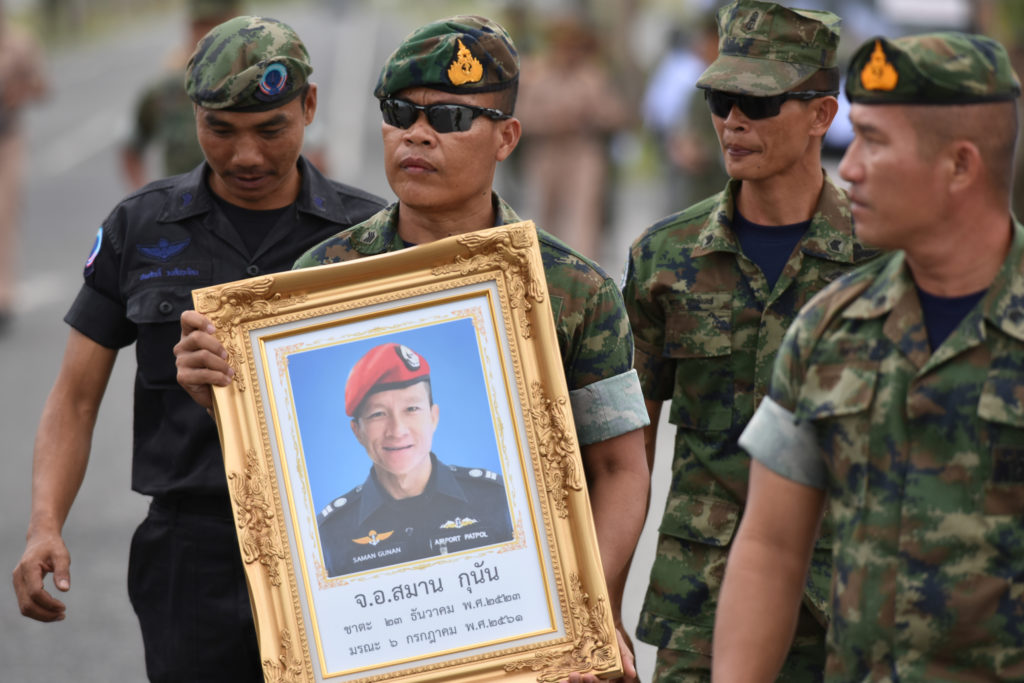 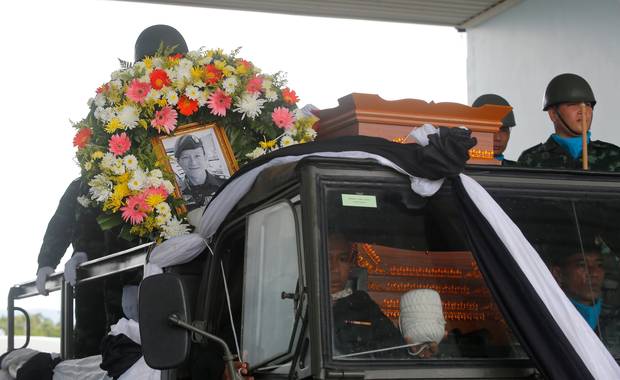 Now, his family members are mourning the loss of this great man but they are proud of all the heroic deeds he has done. In an emotional interview with BBC, his widow, Waleeporn Gunan said that she was proud of her husband and was using this pride to repress her sorrow.

“If you ask me if I’m sad, it’s like I’ve died but I’m still alive. He’s been praised as a hero because of who he was,” adding that her late husband loves to help others and do charity work. She gave a parting message to her husband and said, “You are the hero in my heart”. 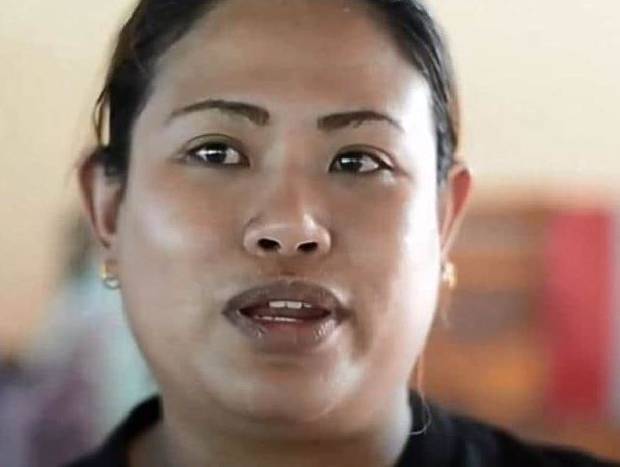 Waleeporn says that she misses her husband a lot and that they had a great and loving relationship.

“In other people’s eyes, he’s lovely. For me I love him so much, I really love him. Every day before he left for work we said we loved each other. At midday, we’d text to see if the other had lunch. In the evening, when we got home, I would ask him how he was. Saman once said we never knew when we would die, we can’t control that, so we need to cherish each day,” she explained.

His grieving father was also reported to be proud of his son’s selfless deeds but was very sad to lose his beloved son. “Rest well. Daddy loves you,” his heartbroken father said. 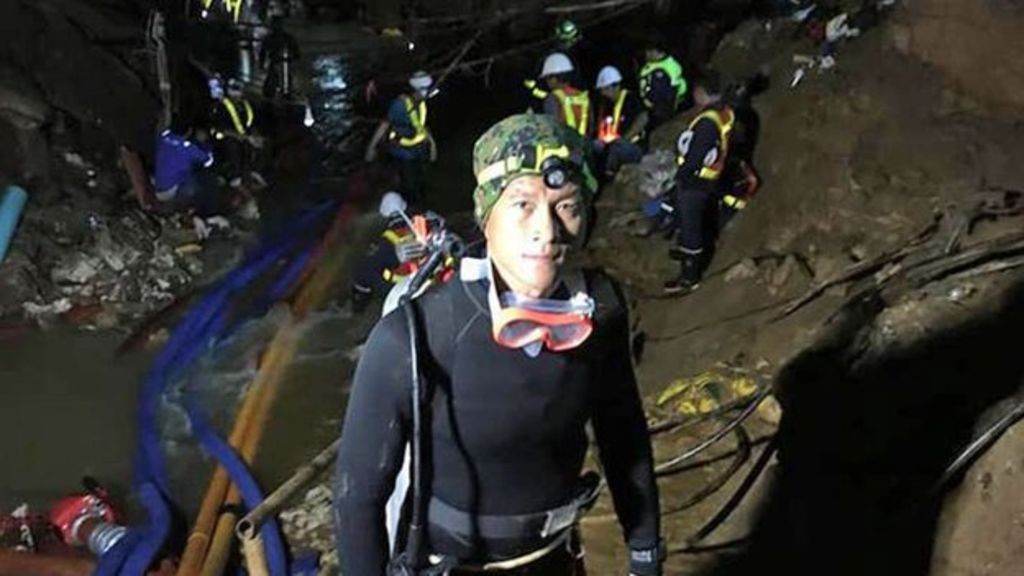 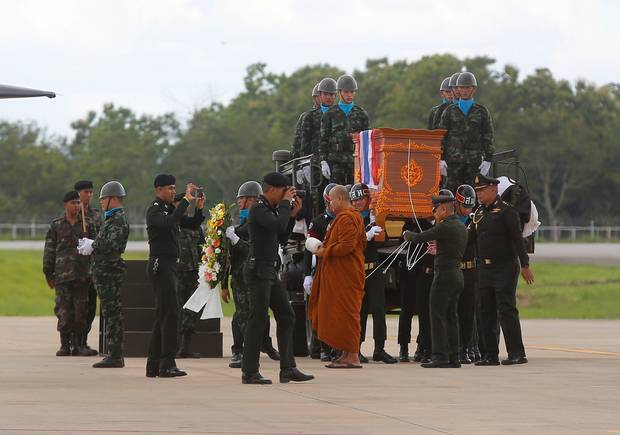 Saman’s funeral will be given full honour while rescue mission chief and Chiang Rai governor Narongsak Osottanakorn dubbed him as the “hero of Tham Luang cave”.

RIP, Saman Gunan. You will always be remembered for your brave deeds. Our deepest condolences to Saman’s family and friends. 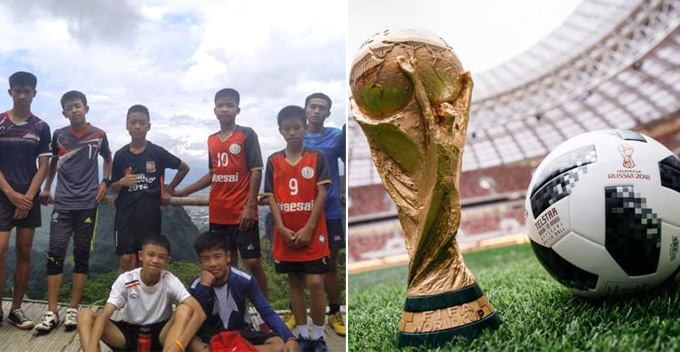 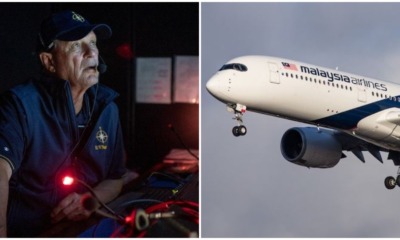 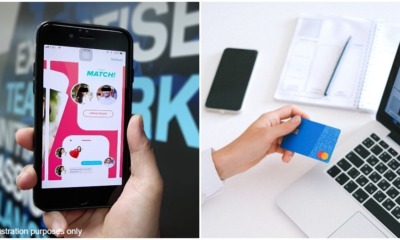 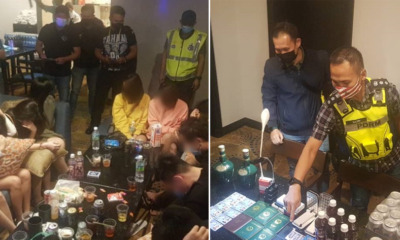