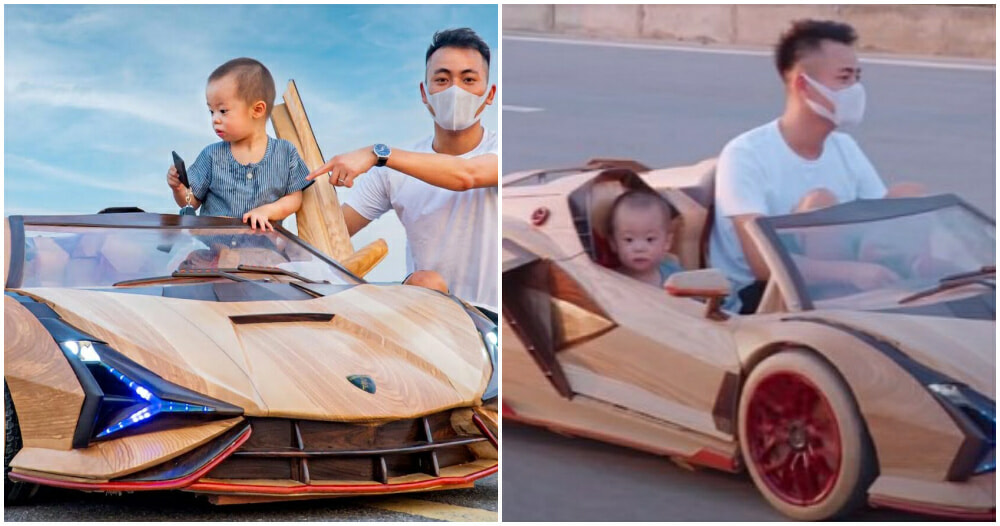 Nothing makes a parent happier than putting a smile on their kid’s face.

It’s not out of the ordinary for parents to gift toys such as a Barbie doll or a remote control car for their kids. But, how often do we see a parent gifting a fully functional electric car for their toddler?

Well, one father in Vietnam who goes by the name Truong Van Dao decided to outdo every gift a parent could possibly get their child and designed a fully functional wooden electric Lamborghini Sian Roaster for his son! 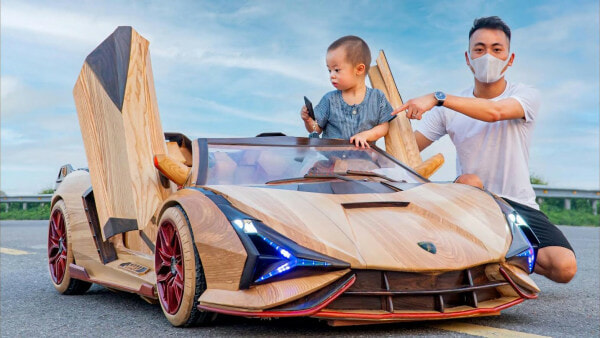 According to Gadgets 360, Truong, who is a woodworker by profession, shared pictures of the stunning car that is made out of wood. It even has sleek designs and the sharpness of an actual Lamborghini.

In a 15-minute video that was uploaded on YouTube, the father documented the time and effort that went into creating this unique mini sports car. He started by first preparing a platform, placing wheels, and making it movable with the power of a battery and electric motor. Although it may seem effortless, the process of highlighting details on the car took the most time. 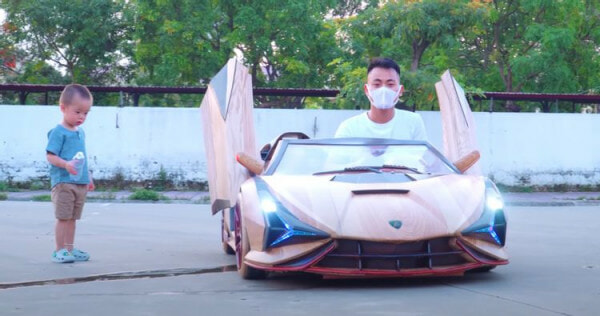 It has been reported that Truong took 65 days to build the “first open-top hybrid Lamborghini sports car”, which is powered by a supercapacitor. The car is also made of discarded trees and runs on a small electric motor that produces a speed of up to 25km/hr.

But this isn’t the first time Truong has tried his hand at creating fancy woodwork electric cars. This Lamborghini Sian Roaster is just one of Truong’s latest creations. He has also previously built miniature versions of Bugatti and BMW cars. A replica of Bugatti that this talented woodworker designed is one-third the size of the original but nevertheless, it looks incredible!

Also Read: 17yo Girl From India Allegedly Beaten To Death By Her Own Family For Wearing Jeans 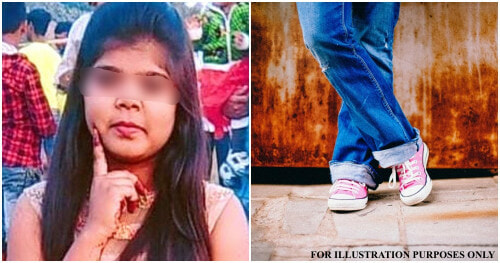