No guys, this is NOT a joke.

Diana Baron, Avicii’s publicist, has confirmed the news in a statement that he was in Muscat, Oman when he passed away.

In a shocking announcement, Tim Bergling, the Swedish EDM DJ and producer that we have all come to love and know as Avicii, has died.

“It is with profound sorrow that we announce the loss of Tim Bergling, also known as Avicii,” the musician’s rep wrote in a statement. “He was found dead in Muscat, Oman this Friday afternoon local time, April 20th. The family is devastated and we ask everyone to please respect their need for privacy in this difficult time. No further statements will be given,” Ms. Barron told the press.

The cause of death was not immediately revealed.

Just days before his death, Avicii was nominated for a Billboard Music Award for top dance/electronic album for his EP Avicii (01).

In an interview, Bergling told Rolling Stone, “I needed to figure out my life. The whole thing was about success for the sake of success. I wasn’t getting any happiness anymore.”

He suffered from acute pancreatitis, in part due to excessive drinking. In 2014, he canceled numerous shows in order to recover after having his gallbladder and appendix removed. This eventually led to him retiring from touring entirely, penning an an emotional letter to fans on his website in March 2016.

He also spoke The Hollywood Reporter in 2016 saying that retirement was something he had to do for his health. “The scene was not for me. It was not the shows and not the music. It was always the other stuff surrounding it that never came naturally to me. All the other parts of being an artist. I’m more of an introverted person in general. It was always very hard for me. I took on board too much negative energy, I think.”

Throughout his career, he achieved two MTV Music Awards, one Billboard Music Award and earned two Grammy nominations, with his biggest hits including “Le7els,” “Wake Me Up!,” “The Days,” and “You Make Me.

But now California, and the world will never be the same. Rest in Peace Avicii.

This story is still developing. 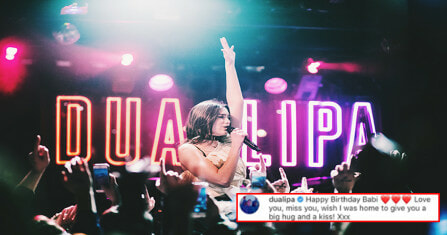