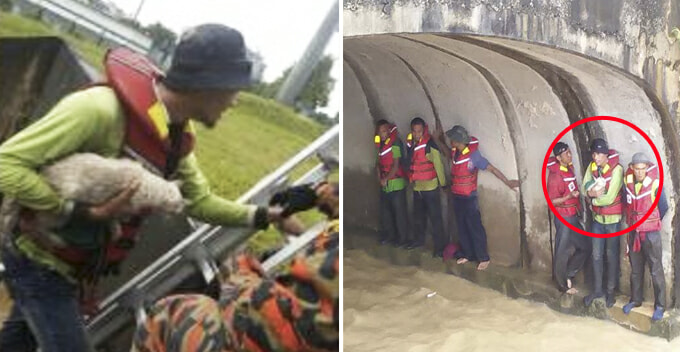 Days ago, a group of workers stranded in a storm tunnel ended up being heroes after risking their lives to save a cat.

According to NST, the group of workers comprising of six Indonesian men were cutting grass along the South Klang Valley Expressway (SKVE) at 3.30pm. Soon, the rain came pouring down and they were forced to stop working and seek shelter in the storm tunnel. 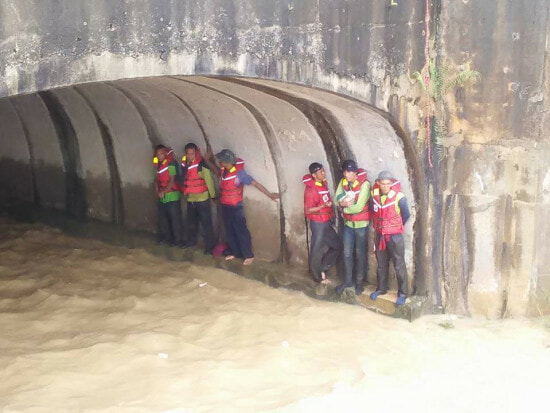 However, the water level rose rapidly and these men were trapped inside the tunnel. The water rose so fast that at one point they were almost fully submerged in the water. Oh no! 🙁

Suddenly, they saw a cat struggling in the water after being swept away by the strong current. Without hesitation, they risked their lives by reaching out to the cat and saved it. The frightened cat then clung to one of the workers until help arrived. These man have hearts of gold! 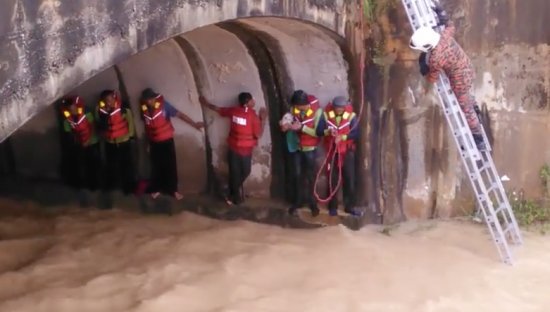 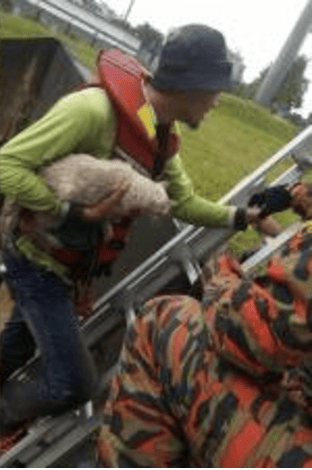 According to Selangor Fire and Rescue Department operation centre officer Mohd Hissam Sidik, the firemen were surprised to find a cat among the workers when they arrived at the scene.

“We received a call at 3.46pm and dispatched a team of eight firemen from Cyberjaya Fire Station to rescue the victims.”

“The firemen lowered life jackets to the victims and used a rope and a ladder to help the men to safety. One of them was holding a cat, which they saved from being swept away during the incident.”

After the news went viral on social media, netizens have commended the workers’ heroic action of saving the cat.

“Not all heroes wear capes,” one netizen said.

“Even heroes need help from other heroes sometimes,” another netizen commented.

Kudos to these gentlemen for going to such extent to save a cat. I know even most of us wouldn’t have done so in such a risky situation. You guys deserve a medal!