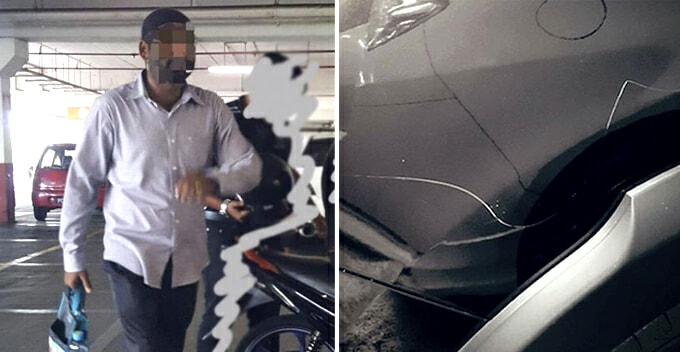 If you ask me, this man looks more like a thug than a salesman.

Just yesterday, a woman’s car was damaged and she suspected it was the deed of the salesman whom she had declined earlier. The incident happened at 3pm in the basement car park of AEON BiG hypermarket in Seberang Jaya. 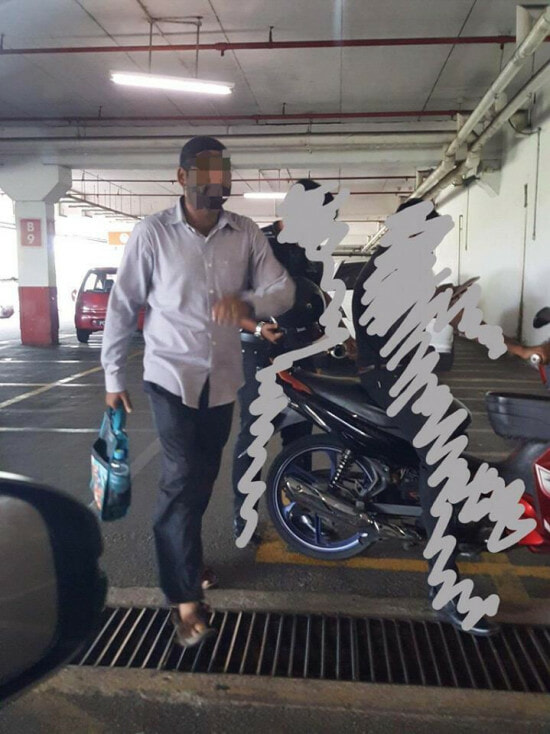 Furious about what happened to her new car, the woman shared it on Facebook through a portal to warn other netizens about this man. Here’s what she wrote.

“I had parked my car in the lady’s parking zone. Upon arrival, he was already standing nearby when I opened the door.”

“He wanted to pass me a Surah Yasin (an Islamic recital) and when I refused to buy it, he became pushy and hot-tempered. I didn’t get out of the car as I was with my baby and worried that he might hypnotise me.”

The rude man then spat on the ground while mouthing about the woman before leaving.

“I went up to AEON BiG after he was far away from my car. Within an hour, I came back to my car and my instinct told me to check the car for any damage.”

“Shockingly, I found scratches on both the left and right car door. The scratches were still fresh as the residue of paint was visible. I’ve only bought that car four months ago.” 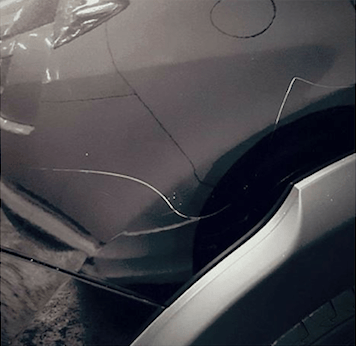 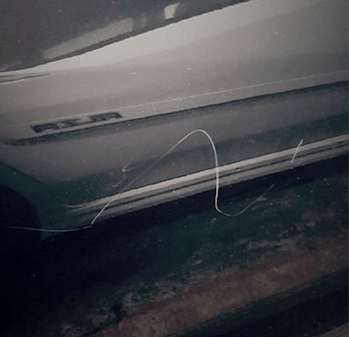 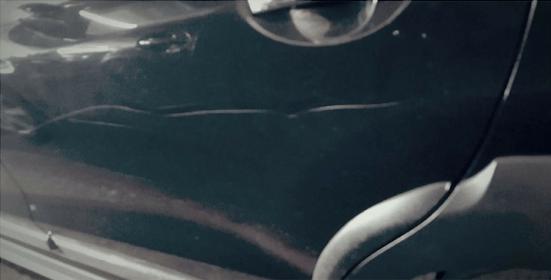 Judging from the scratches, clearly someone deliberately scratched the car with a sharp tool.

“Coincidentally, when I was driving out, I saw the man again and he was bothering two guys. I quickly snapped his picture and he ran away after seeing me.”

The netizen urged everyone especially female drivers to be careful and to watch out for this man.

“It’s true that there’s no evidence proving that he had scratched my car, but why did he run away when I took his pictures?” she added.

“This is the same guy who forced me to buy a praying mat at the outdoor parking of Sunway. I gave him RM2 as I didn’t have much cash on hand at the time. He insisted on RM15 and his reason was that it is compulsory for all Muslims to give RM15. He even said that if I only have big notes, he’s willing to give me the change. I immediately showed him my empty purse, then he walked away while mouthing about me,” a female netizen commented.

The woman must be devastated to see those scratches on her four-month old car. Let’s hope the hypermarket could beef up the security to prevent such people from loitering around the parking lot, for the safety of customers.

Also read: “The Policeman Said I was the 5th Victim Whose Car Got Robbed Today” 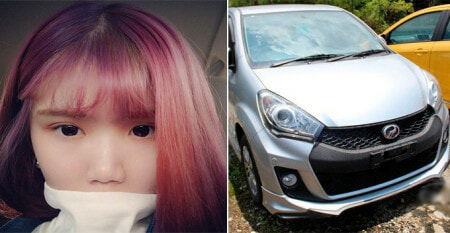