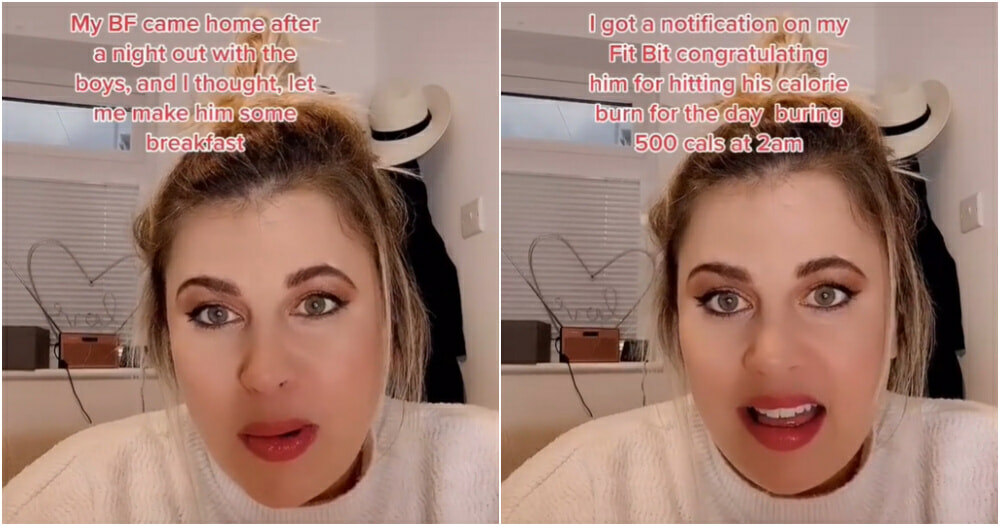 No one likes a cheater. Catching your partner cheating on you with someone else can be really difficult and heartbreaking. However, how one finds out about the affair can sometimes be rather entertaining and bizarre.

This time around, public figure Nadia Essex (@ladynadiaessex), took to her TikTok to share a rather unique story of how she found out her boyfriend had cheated on her. All with the help of his Fitbit…

Before we move on with how that happened, for those of you who don’t know what a Fitbit is, it’s a fitness tracker that you can wear like a watch and it has different features that will help you with your fitness plan.

Now moving on with the story, the video was a reply to another TikTokker, who asked users to share “the moment you knew your relationship was over”. Nadia stitched the video and gave her viewers a bizarre story.

Nadia said she received a notification at 2am from the FitBit that her boyfriend and she had synced together, saying that her boyfriend had burnt 500 calories between 2am and 3am. Not exactly the time for a workout, huh? Unless.. it is a “workout”.

It was no rocket science to understand what he was actually up to.

“Oh honey, I’ve got a doozie,” Nadia began in the video.

“When my ex-boyfriend came home from a night out, I woke up in the morning and thought, “Let me make him some breakfast”,” she said.

“I got a notification on my Fitbit – the Fitbit that we’d synced together – that between two o’clock and three o’clock in the morning, he had burned 500 calories.” 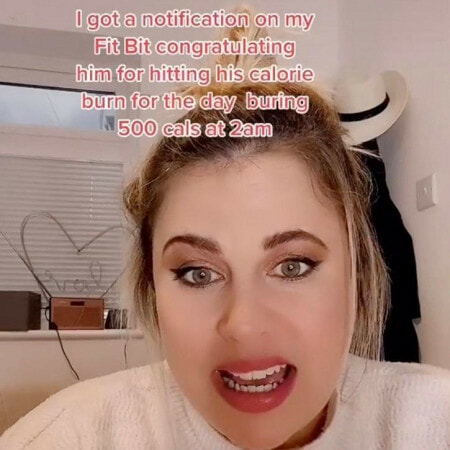 She then smiles into the camera and said, “I shoved that breakfast where the sun doesn’t shine, darling,” leaving the viewers to guess how she reacted to the situation.

No doubt her video went viral with almost 50,000 likes and 500 comments on TikTok.

Viewers commented on her post with all sorts of praises and humourous comments.

One pointed out that she was lucky she got to find out about the affair although the way she found out was hilarious.

Another commented saying, “I’ve been in two minds about getting a Fitbit…guess who’s on her way to get one ASAP.”

“Well at least you found out,” one supportive viewer wrote. “Who knows how long it would’ve carried on for it you hadn’t!”

Also Read: Watch: Woman Covers Boyfriend’s Bedroom Walls With ‘Revenge Artwork’ After He Cheats On Her 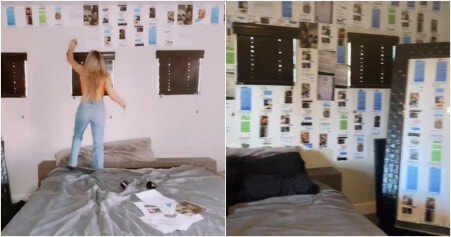