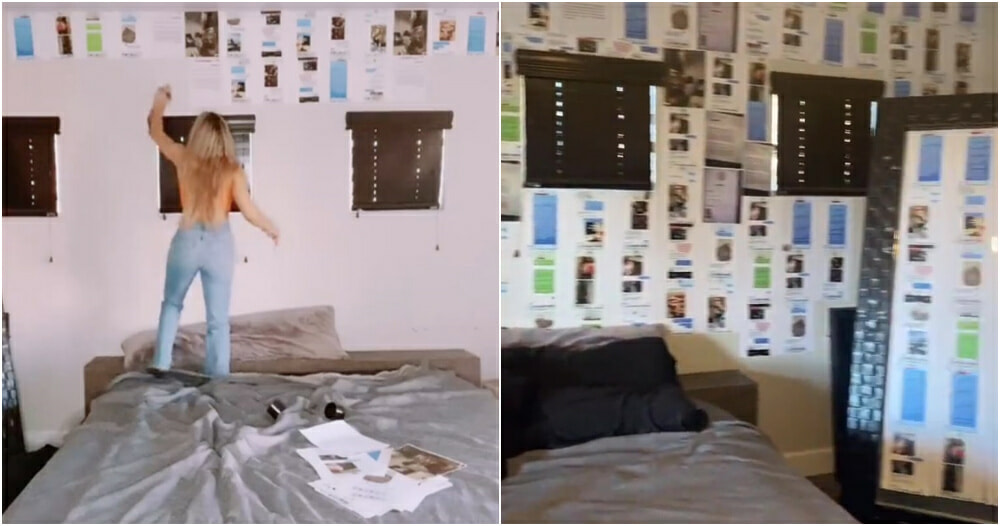 ‘Hell hath no fury like a woman scorned’ – a phrase that has been around for ages that basically says no one is angrier than a woman who has been rejected by love.

In today’s viral news, a woman named Emely Zambrano (@lovetruthink) took to her TikTok to publicly take revenge on her cheating boyfriend.

Emely’s TikTok videos have since reached over one million likes after she chose a much creative way to expose her cheating boyfriend’s lies and infidelity – by glueing every evidence linked to his cheating scandal to the walls of his room and of course, filming it and posting it out for the world to see!

According to HITC, Emely explained that there is a logical reason for her choice of exposing her boyfriend.

“My boyfriend consistently tells me I’m crazy and paranoid for thinking he’s cheating. So I decided to print out all the evidence I found, this way he can’t gaslight his way out of it,” Emely said.

The video that has gone viral shows Emely printing conversations of messages between her boyfriend and three other women, including those women’s nudes. She then headed to Home Depot and bought spray super glue. The rest is history.

“Being the good girlfriend that I am, I decided to redecorate my boyfriend’s room,” Emely explained.

In part two of her TikTok video, she shows her boyfriend’s newly decorated room, with walls covered in glued-on screenshots, including the mirror “because he probably won’t be able to look at himself after this.”

Emely claims that she has known for four days that he had cheated on her with three women, including one of his ex-girlfriends.

She explained that her suspicions all began when her boyfriend requested her to block his ex-girlfriend on Instagram. He was also overprotective of his phone and had even turned off his screen notifications. Hmm, that’s quite sus…

What was the cheater’s response?

After Emely had exposed her cheating boyfriend, she then made a few follow-up videos to further explain the situation.

In those videos, Emely had explained that she decided not to stay to catch his reaction to the revengeful artwork she had done on his wall. This is so that he can keep his lies to himself as Emely know he would most likely try to manipulate his way out of it.

According to Emely, she told her boyfriend that she had a surprise for him waiting in his bedroom. She even went to the extent of placing balloons and signs on the way up to his room to keep him clueless.

When her boyfriend told her that he was on his way home, she immediately blocked him and ghosted him. You go, girl!

After her boyfriend had seen the ‘surprise that she had left for him, he tried reaching out to her by leaving her a voicemail. As she predicted, he denied everything!

If you want to watch all of the other follow up videos Emely had posted, click here! 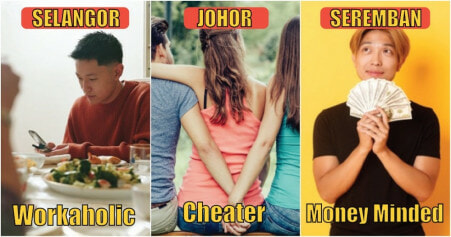