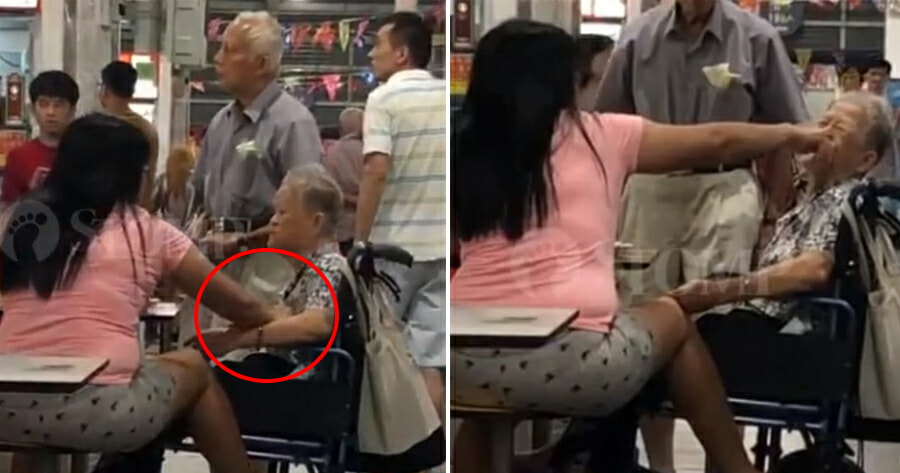 As our parents get older and can no longer be fully independent, it is our responsibility to ensure that they are well taken care of. In times like this, we’ve seen many people hire maids to help their elderly parents if they aren’t able to do so themselves; however, even though hiring someone outside their family to care for the elderly works for some people, this decision can sometimes result in ‘physical abuse’ for others.

This was evident when a Singaporean citizen caught a middle-aged woman treating an elderly woman in a wheelchair very roughly. She had arrived at Geylang Bahru Market and Food Centre on Saturday (29th June) at 7.15pm when she saw the two women and an elderly man, believed to be the husband of the old woman in the wheelchair, seated a few tables away from where she was.

Identified as Elizabeth, she told Stomp that she was at the hawker centre with her husband when she witnessed the younger woman poking the old lady’s cheek very aggressively after feeding her some food. She then pinched and pressed the old woman’s breast for no reason at all. 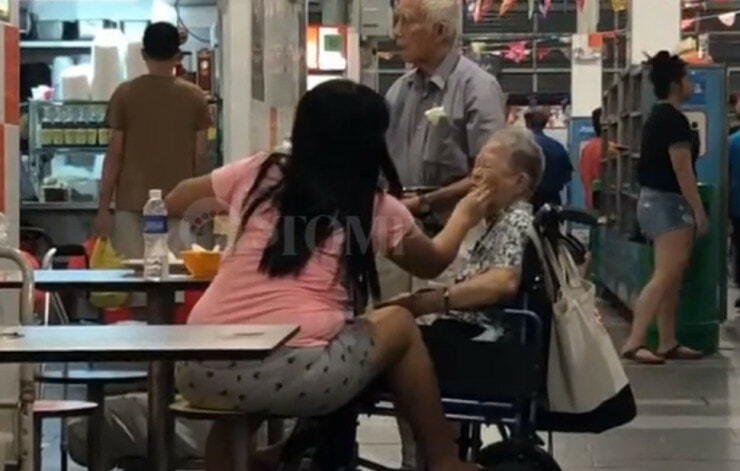 “I happened to see the woman prodding the old lady’s cheek quite aggressively. She then bent the old lady’s fingers backwards and pinched her hand,” Elizabeth said.

“That was when I started recording. You can see the woman pinching the old lady’s breast. I observed them from 7.16pm till 7.22pm when they left.” 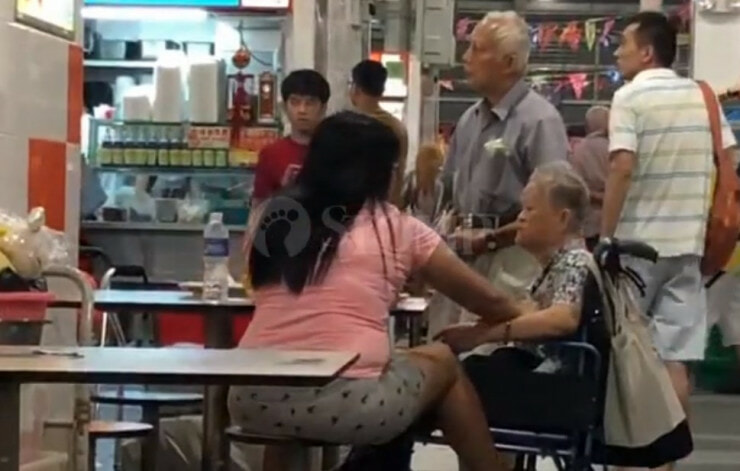 It is unknown who this woman is to the old lady, but she could possibly be a maid or a friend. In the video, the old woman can be seen sitting in her wheelchair helplessly while the younger woman pushes a plastic water bottle into her mouth so hard that her head is pushed back.

The woman then roughly shoves her fingers into the old lady’s mouth several times, seemingly trying to remove the food in her mouth.

“The woman was digging out food from the old lady’s mouth but the way she did it was too forceful and unacceptable,” she said. 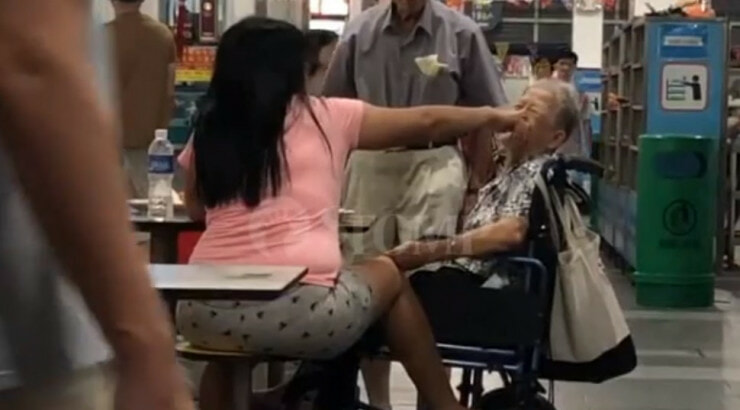 “The old lady was seated as quiet as a mouse, no noise and no screaming, with only fear in her eyes. Her husband was frowning and looked stressed.”

“If the woman dared to do this in public, imagine this poor vulnerable old lady at home.”

Elizabeth had thought about confronting the younger woman, but due to concerns about the repercussions, she held herself back. However, she did call the police to see if she could lodge a report.

“The police said that if I had called them when the group were still at the scene, they could come down to check. They also said it was better for the old lady’s family to make a police report, which I understand,” Elizabeth said, adding that she decided to share the video publicly.

“The video speaks for itself. I wouldn’t want this to happen to my parents.”

It’s truly heartbreaking to see how poorly this old woman was treated. Hopefully this will stop before more harm is done, and that the younger woman will be laid off from taking care of the old woman. 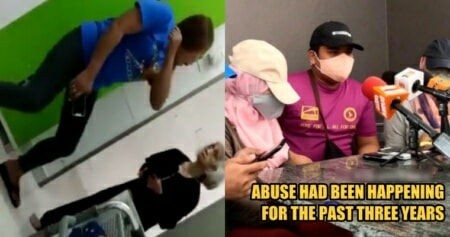