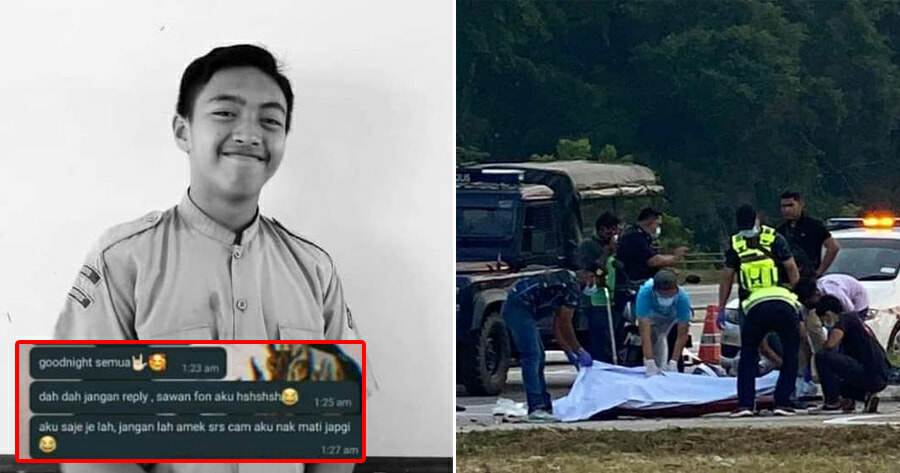 A classmate of a Form 5 student shared a conversation she had with him just a few days before he got into a fatal accident, where he apologised for his wrongdoings almost as if he knew he was going to die.

In the WhatsApp conversation that was broadcasted to several of his friends, 17-year-old Jamal Farhan Jaafar wrote,

“To those of you who are seeing this, I want to apologise if I have made any mistakes towards you, if I said anything wrong, was rude or offended you in any way. I am very sorry,” he said.

“Sorry to disturb you all. I just want to say sorry. Please excuse me. I love you all. Goodnight everyone.”

“I was just messing around, don’t take me so seriously as if I’m going to die.”

A few days later, Jamal died after being involved in an accident on Jalan Muar-Segamat near a public university on 10 March. According to Kosmo, he was confirmed dead at the scene after the Honda 250 motorcycle he was riding collided with a four-wheel-drive vehicle.

Segamat District Police Chief, Superintendent Raub Selamat confirmed the incident, adding that the victim died due to severe head injuries and that further investigations are underway. However, the four-wheel-drive driver, who crashed into the victim did not suffer any injuries. 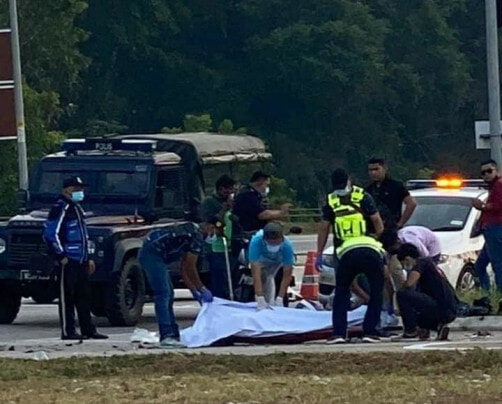 Jamal’s classmate, Siti Nur Farhana Zulkeflee, later shared on social media what Jamal had sent to her and several other friends.

“When he sent the apology message, he also said his intention wasn’t to die and we assumed he was joking and we didn’t realise it was a sign that he will be leaving us forever,” she said.

“Some of us responded to the message by making jokes and he responded with a cheerful message.”

Jamal was a student of Sekolah Menengah Kebangsaan (SMK) Seri Kenangan Batu Anam, Segamat and the class leader to 23 other students.

His body was buried at the Paya Luas Islamic Cemetery in Batu Anam, before Zohor. 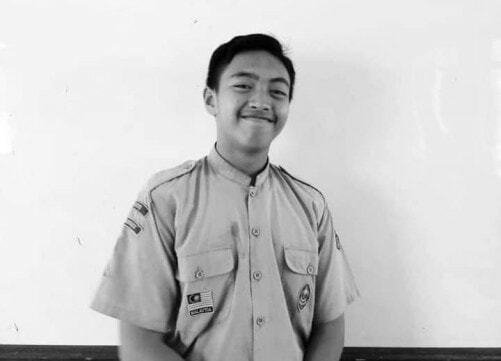 Meanwhile, the case is being investigated in accordance with Section 41 (1) of the Road Transport Act 1987.

Our condolences go out to Jamal’s family, friends and classmates. RIP Jamal. 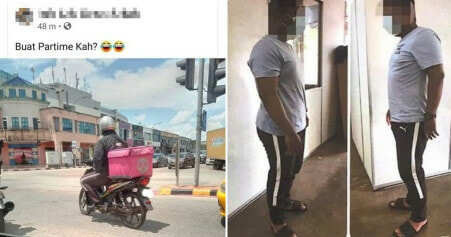