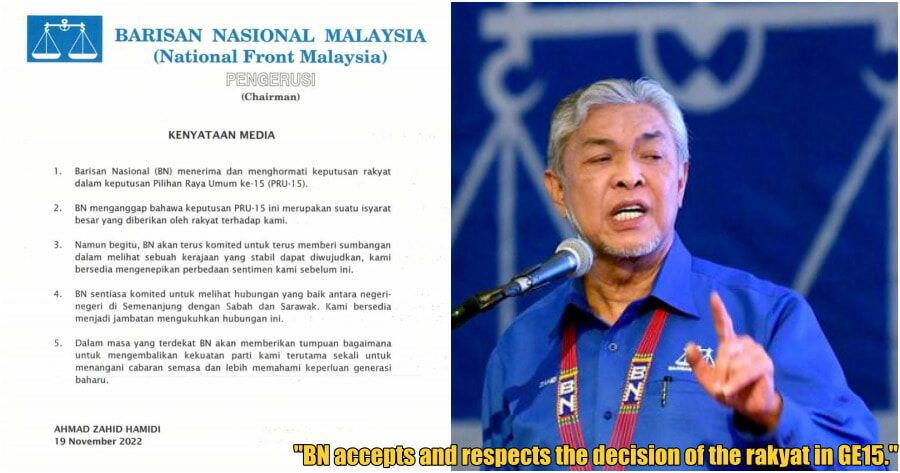 Although the results are still coming in, Barisan Nasional chairman and Umno president Datuk Seri Dr Ahmad Zahid Hamidi appears to have accepted their fate in GE15.

In a statement released by himself, Zahid stated that, “BN and accepts and respects the decision of the rakyat in GE15.”

He added that BN has accepted that the results of GE15 will serve as a huge notice by the rakyat to them.

“BN will continue to commit contribution in seeing a stable government to be formed, we are ready to set aside our differences in sentiment.”

Zahid also said that BN will stay committed to seeing a good communication between the states in Peninsular Malaysia as well as Sabah and Sarawak.

“In the near future, BN will focus on how to restore the strength of our party, especially to deal with current challenges and better understand the needs of the new generation,” he said. 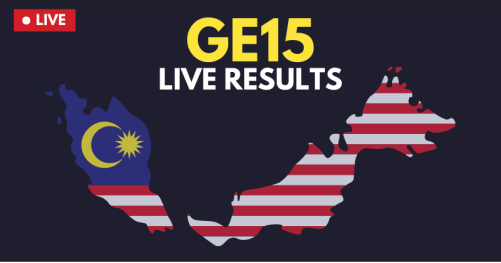