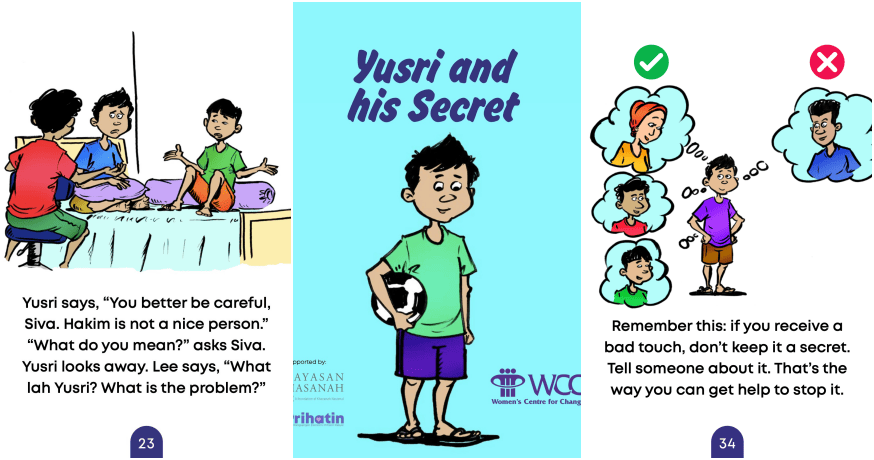 Sexual abuse towards young boys often gets overlooked or underplayed, but in reality, it is a serious issue that shouldn’t be avoided. Sexual predators tend to be trusted figures in victims’ lives, making the harm and betrayal so much harder to heal from.

To tackle this issue, Women’s Centre for Change (WCC) Penang has just published the English version of their newest book, ‘Yusri and His Secret’ on their social media platforms to spread awareness across Malaysia.

#WCCWednesday Child sexual abuse (CSA) can happen to anyone. Boys who are abused are just as badly affected. Abusers…

The story revolves around Yusri, a 13-year-old boy who gets sexually assaulted by his older neighbour under the guise of being a friend. We watch as Yusri gets threatened into silence and as he struggles to come to terms with his situation and open up to his friends and family, showcasing how talking about sexual assault isn’t as easy as it seems.

Speaking with WORLD OF BUZZ, WCC Penang tells us that the story will be published in a total of four languages (English, Malay, Mandarin and Tamil), starting with the Malay version being released on 12 December, the Mandarin version on 16 December and the Tamil version on 20 December.

“As a centre that actually handles child sexual abuse (CSA), we are concerned by the increase in the number of boys being sexually assaulted and molested,” said WCC Penang Executive Director Loh Cheng Kooi. “The increase started 10 years ago and has doubled in just the last year alone.” 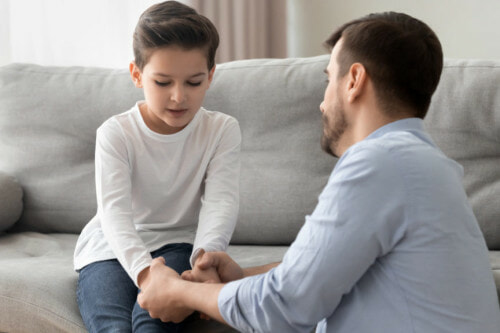 Cheng Kooi also said that they will be posting an infographic this Friday debunking and answering the common myths surrounding male sexual assault in children.

“We want to tell the public that boys can be victims, too. Parents and caregivers should be aware of this issue so that they can pick up strange behaviour and protect their children before it’s too late.”

The third of the series, WCC Penang has published two other books, ‘Nina and Her Secret‘ and ‘Lisa and Her Secret’, as well as various other books regarding CSA in order to spread awareness of these issues to the public.

WCC Penang works with the government hospital in Penang and all stories published are based on their experiences handling with CSA victims. With their parents’ and caregivers’ consent, they provide the children with emotional counselling support.

#WCCWednesday #IDEVAWWCC is proud to launch this video, 'The Shower', in conjunction with the International Day for…

On 25 November, WCC Penang released a video called ‘The Shower” in conjunction with International Day for the Elimination of Violence Against Women. The video depicts the story of a standard 6 girl after she gets sexually assaulted by her brother-in-law while showering, only to be accused of lying by her very own sister.

We highly encourage parents and caregivers to watch these videos and read these books so that they can watch out for signs in their children. It’s also important to teach children to speak up when something like this happens to them. 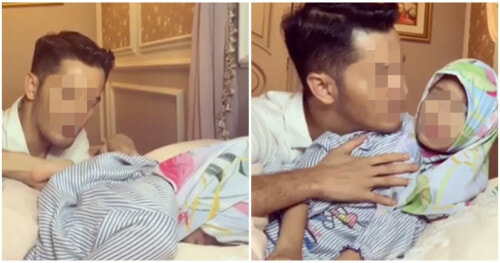