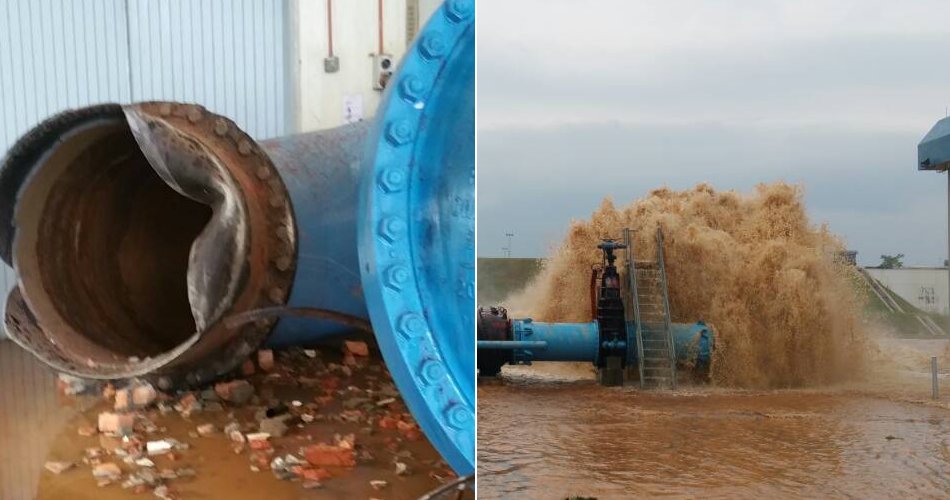 Uh-oh! It looks like we’re going to experience water disruptions longer than we expected.

Just last week (2 March 2018), Syarikat Bekalan Air Selangor (Syabas) announced that there were going to be water disruptions for certain areas around the Klang Valley and Selangor on 6 March 2018 (Tuesday) but it was assured that the matter will be resolved quickly.

However, now, The Star reported that due to the explosion of a surge vessel system at the SSP3 water treatment plant, there will be a delay in the resumption of water supply to affected areas in the Klang Valley, said Syabas. Oh dear!

The statement released by Syabas also said that the repair works have actually been completed ahead of time at around 5pm yesterday (6 March 2018) but just when the plant was about to resume operations, the vessel blew up. How unfortunate. 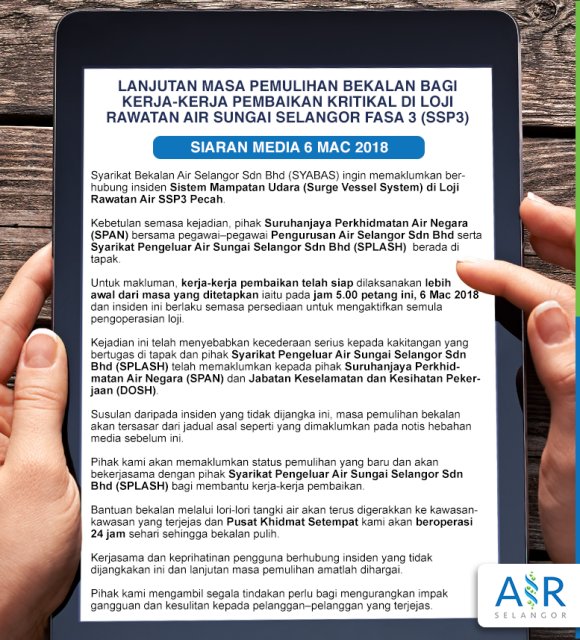 “The incident caused serious injuries to staff on site and Syarikat Pengeluar Air Sungai Selangor (SPLASH) has informed the National Water Services Commission (Span) and the Department of Occupational Safety and Health (DOSH),” explained the statement.

It was reported that at least five staff were seriously injured from the explosion. 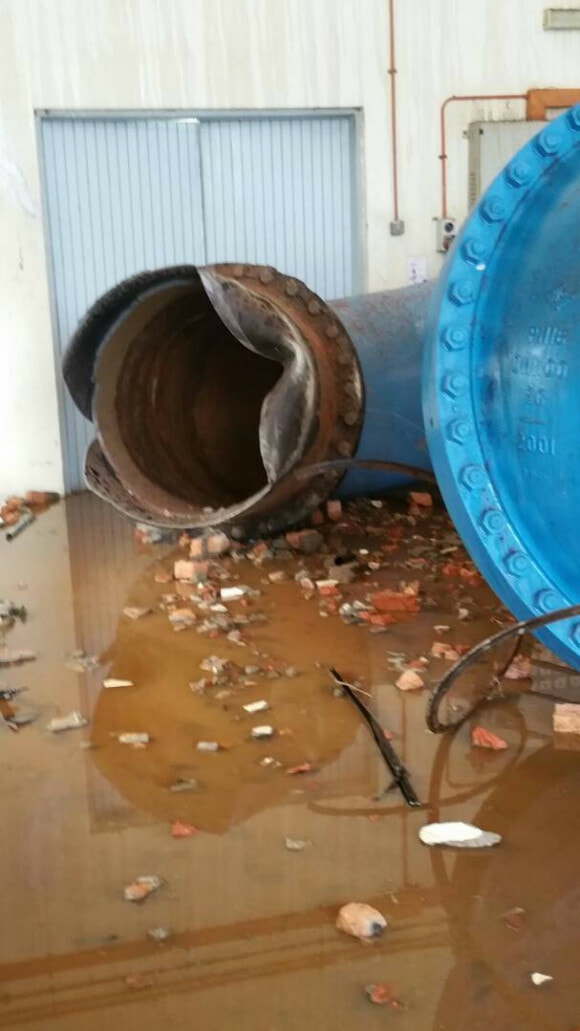 We hope the staff will recover soon!

The statement further added that the incident had caused the supply restoration to be extended from the schedule that was initially announced. Thus, Syabas said that it would continue to send water tankers 24/7 to the affected areas until the water supply is restored. Thank goodness!

They also requested for customers’ cooperation and understanding over the incident. Not only that, they confirmed that actions will be taken to minimise the impact of water supply disruptions. As of now, there are no further reports on when the matter will be resolved.

So, let’s just pray hard that this issue will be resolved immediately because seriously, we need water to carry out our daily lives!

In the meantime, it’s time to bring out all the huge pails to store water, again! 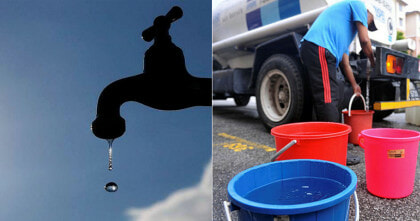