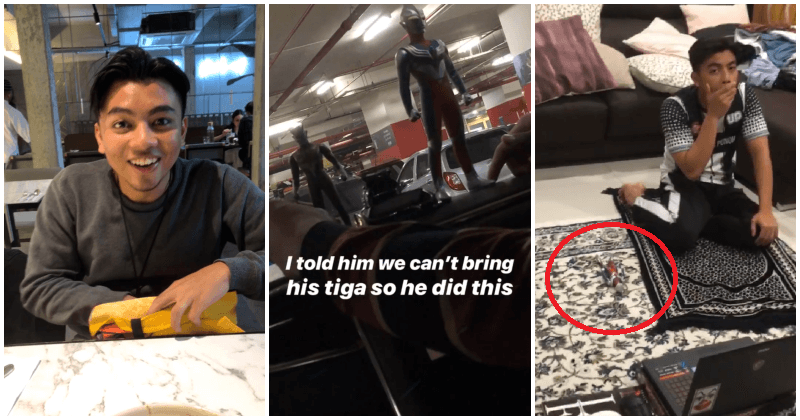 A 20-year-old girl who went by the name Hajar recently shared to Twitter a series of amusing and super adorable videos of how much her boyfriend loves Ultraman Tiga more than her. The Twitter thread which was later removed was proof how much he loved Ultraman Tiga. And honestly, you guys would love it as well!

WORLD OF BUZZ reached out to Hajar who’s from Setapak to obtain the clips and the couple was kind enough to share with us these diabetic-inducing videos. Seriously, the videos are too damn cute!

Later videos show Wan Aiman, her boyfriend, being such a big fan that he even put the action figure on the gear stick while he drove the car. He even got the Tiga action figure to ‘jaga’ the car while they’re away!

Hajar continues to document her boyfriend and his love for Ultraman Tiga. While he was watching an episode of Ultraman Tiga, he propped his action figure up on the sofa to watch it with him too! Hajar could only react with a facepalm.

This video even blatantly shows how the action figure literally became his baby already. When Hajar was teasing him by trying to cut the precious Ultraman Tiga action figure with a knife, he quickly pushed the knife away, saying that it’ll get scratched.

Heck, the two were inseparable! Once, when the boyfriend left the action figure in Hajar’s home, her mum cheekily told her to hide it.

However, this later video showed that nothing can come between the two, because he actually FOUND it and purposely placed it beside him while he prayed so Hajar could not hide it again.

When asked how she felt about Wan Aiman loving Ultraman Tiga this much, she shared to us,

“At first, I felt a little awkward and jealous because he kept staring at his Tiga and talking to it… But then I’m okay with it because I’m the one who gave it to him right? And I’m happy that he appreciates it.”

Aww! What a cute loving couple!

The thread previously went super viral with over 5k retweets. A lot of users commented how adorable the two are and wished the couple a long and loving relationship!

Well, it was definitely a series of amusing videos that made our day. Have you guys ever been in a similar situation like this before? Or have your partner’s quirks to share? Tag and expose them in our comments section below! 😛

Also read: This Chinese-Malaysian Couple Met Through Friendster, and Their Story Will Melt Your Heart! 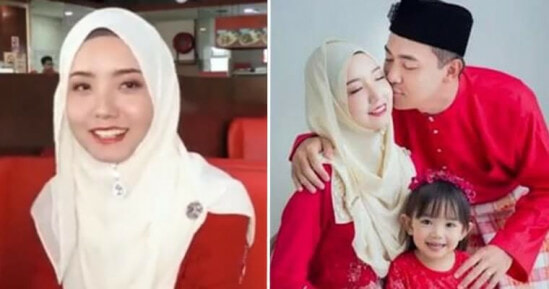