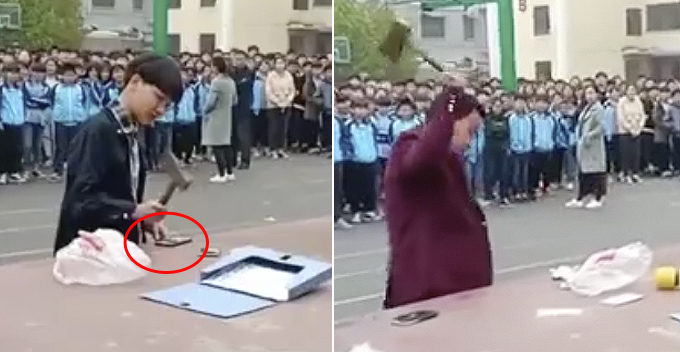 We’ve all tried to smuggle cellphones into school back in the day. The punishment for this usually involves the phone getting confiscated and only being returned if our parents show up at the teachers’ room to collect it. However, China has a very different way of dealing with this problem.

Just recently, a video of school kids smashing smartphones with a metal hammer has gone viral on social media. It turned out that the students were forced to destroy their own phones after they were caught bringing them to class. 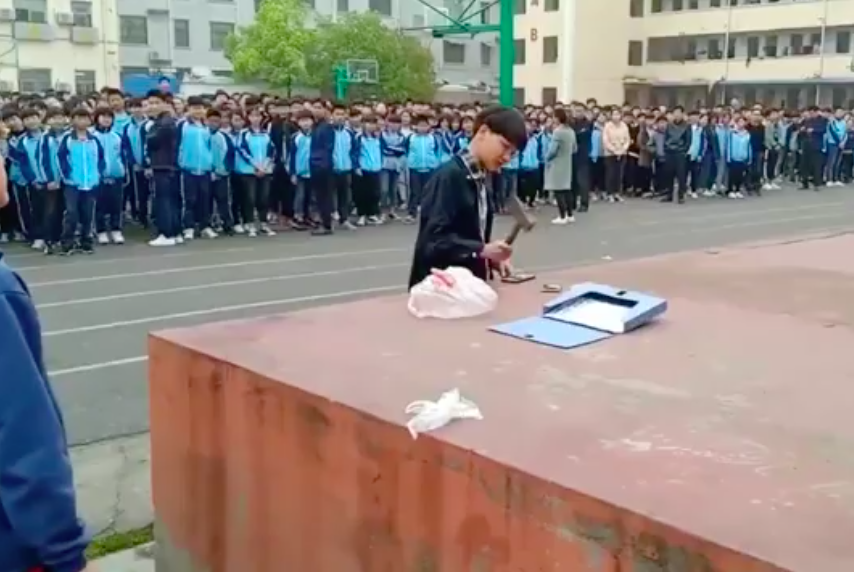 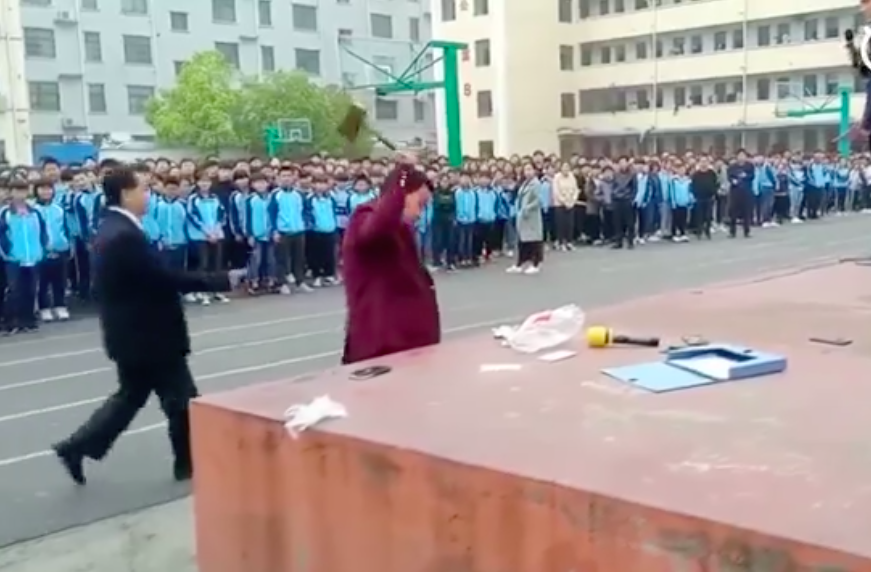 Based on the short video, the students who kena kantoi lined up beside the stage at the assembly area and took turns to use the hammer. They did this while other law-abiding students were watching from behind.

The thin phone screens were not the only things broken that day, as the students’ hearts were shattered with every blow of the hammer on their respective phones. To make sure the offenders got the message loud and clear, a teacher came in last and hammered all the smartphones several times, hard, to make sure that the gadgets were beyond repair. Ouch!

After this video went viral, netizens had mixed feelings as some supported the school’s decision while others thought it was a bit too much to destroy the students’ property.

“The better way to deal with this problem is to confiscate the phones and only return to them at the end of the year. Smashing them (the phones) is actually promoting violence,” a netizen said.

“That should teach them a good lesson but I wouldn’t be surprised if they get another one the next day because their parents are rich,” another netizen commented.

What do you think of this punishment? Would it work in Malaysia? Let us know what you think in the comments! 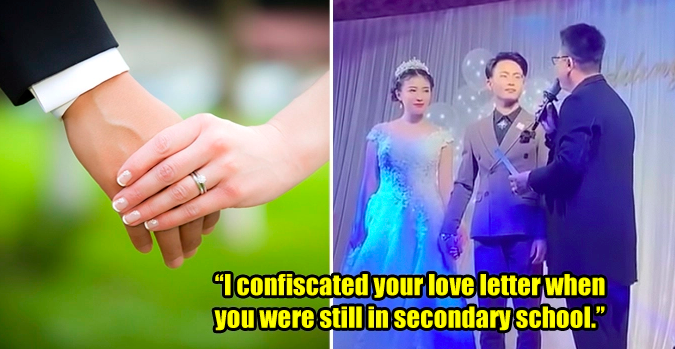