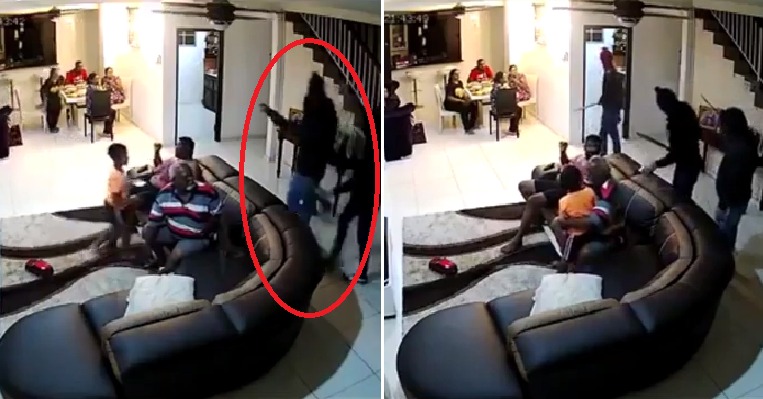 Your house is supposed to be your sanctuary and somewhere that you can relax and unwind, but this family was shocked when masked armed robbers broke into their home. CCTV footage of the incident went viral on social media showing five masked men armed with parangs bursting into the house. 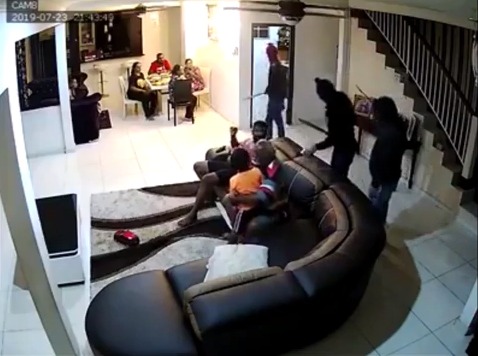 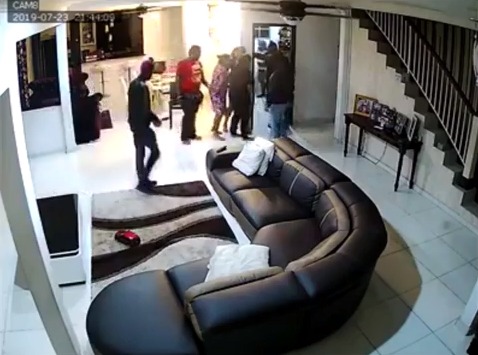 According to China Press, the incident happened around 9pm on 23rd July at a residence which is believed to be in Kota Kemuning, Shah Alam. Suddenly, five of these intruders barged inside the home and gave the family the shock of their lives. All of them were dressed in long pants and long sleeved shirts, while their faces are covered with what looks like ski masks. So daring!

It was reported that there were seven adults and one child at home at that time and when the robbers strolled nonchalantly inside, they quickly herded the entire family inside the kitchen. In the video, it can be seen that one of the robbers asks one of them to hand over his mobile phone. 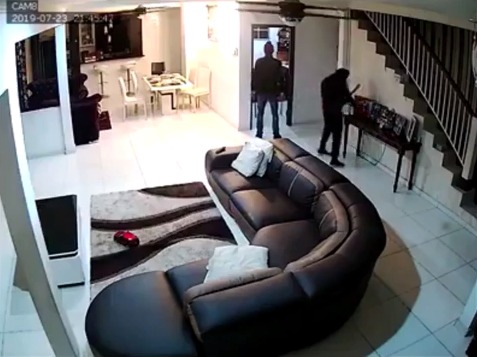 The family walks reluctantly into the kitchen and one of the robbers keeps watch over them as the other four start looking around the house for valuables. Two of them head upstairs while another man spots a handbag hanging around the living room and proceeds to root through it looking for valuables.

Another piece of CCTV footage from outside the house shows the robbers entering the compound by climbing over the wall. They had parked their getaway car by the side of the house, a white BMW with the number plate WRM7500, before making their way inside. 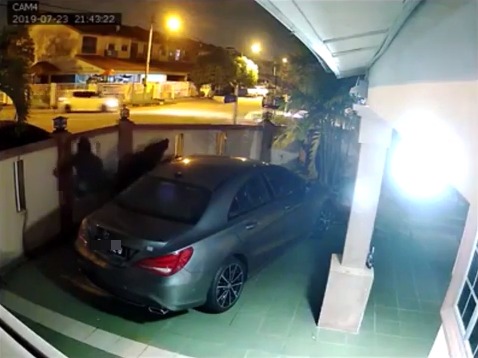 It is believed that this is not the first time that this gang of robbers has struck before, and they had robbed several areas in Selangor including Subang Jaya. There is currently no news yet about the amount of valuables lost by the family or whether they suffered any injuries.

That was certainly scary! Hopefully, the police can catch these robbers before they rob another house! 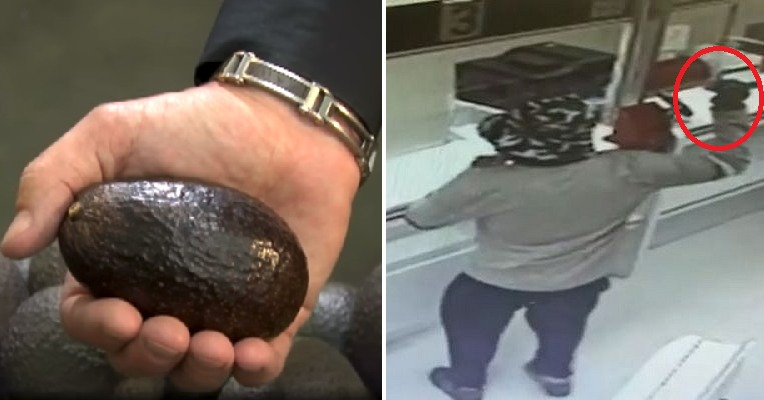