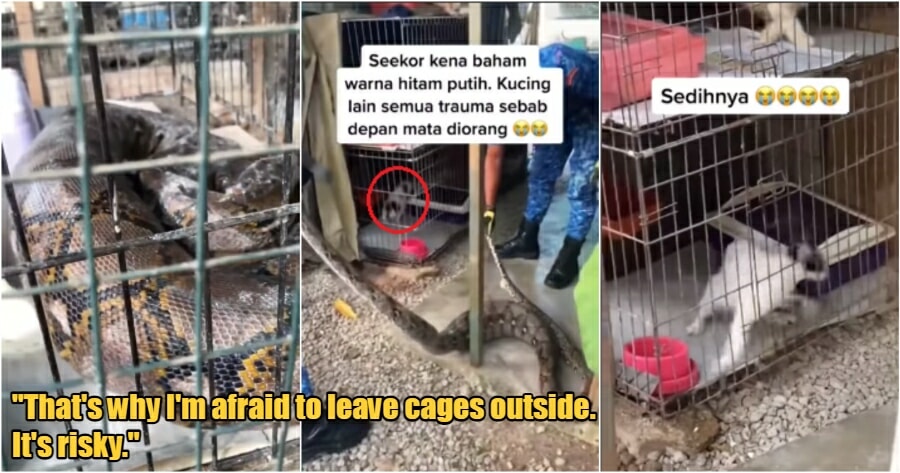 It’s genuinely saddening when you lose a pet, especially in a horrific way.

One Malaysian learned the hard way that leaving your pet cats outside in cages does have its risks, such as exposing them to potential predators.

The Viral Media Johor Facebook page recently shared a video from a distressed pet owner after their cat, which was left outside in a cage, was devoured by a giant python. The situation worsened because its cat friends in the other cages had to watch the terrifying encounter. 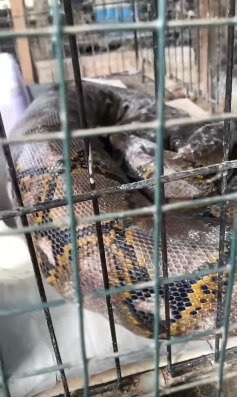 They wrote, “Don’t know what to say. Pity the cat that got eaten and pity the cat in the cage below. Severe trauma. It didn’t stop running even after the snake was caught.” 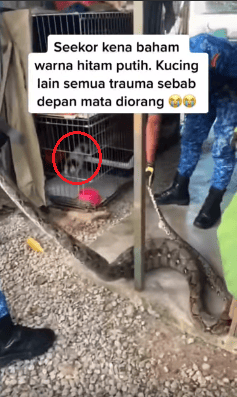 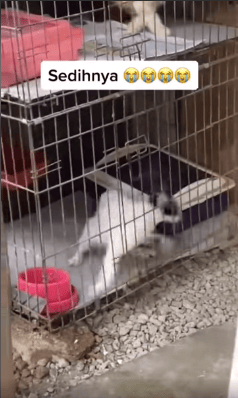 In the video, the python can be seen curled up in one of the multiple cages filled with cats. As the officers from the Malaysia Civil Defence Force (JPAM) dragged the snake out of the cage, one of the other cats could be seen running in circles in its enclosure in fear.

Not only that, but if you look close enough, you can see the python with a full ‘belly’ with the the shape of the cat that it had just devoured.

Malaysians shared their sympathy for the other kitties who were clearly traumatised by the sight. They also expressed their concern with leaving pet cats in outdoor cages.

“Pity the cats who saw their friend becoming the victim to the python. After this, layer the cage with the green netting with tiny holes for it to be safer.”

“Weii, pity them. The rest must be so traumatised by what happened.”

“How can it (the python) go in? I’m worried to put cat cages outside now.”

You can watch the horrific video here: 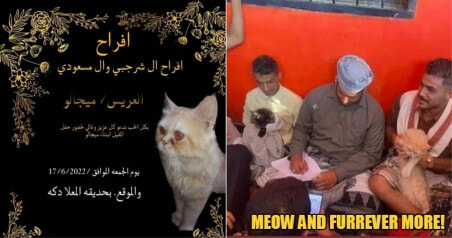