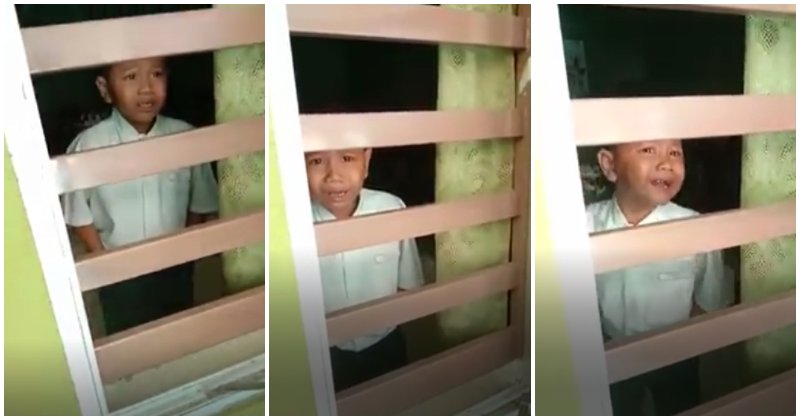 We all have irrational fears and phobias, whether it be for spiders, clowns, and so forth. One poor little girl in the Philippines cried her eyes out and ducked in fear of seeing the Jollibee mascot, in fact!

Now, another little kid is reminding us of when we were younger and afraid of injections.

Nur Izzaty Mohammad took to the KamI dAk2 pEkan PaHanG Facebook group to showcase a little kid from Pekan, Pahang who ran all the way home from school after he had found out that they were giving out injections that day.

Nur Izzaty wrote, “Are there Pekan born kids who ran away from school because of the fear of injections? Teachers and the guard ran after him all the way to his house. Don’t know whose child’s bicycle he grabbed. Come, share your experiences.”

In the video, the teachers can be heard coaxing the boy to unlock and open the house door by telling him they won’t give him the injection, but they ultimately fail as the poor little boy cries, shakes his head and walks into the house, but not before letting out a final ‘no!’.

We hope the little boy eventually gets the injection, probably while in the arms of his mother or father, especially if it’s a vaccine. We also hope he didn’t get into trouble for running out of school and seemingly skipping classes for the rest of the day considering he locked himself in his home.

Now somebody give that poor little boy a hug! 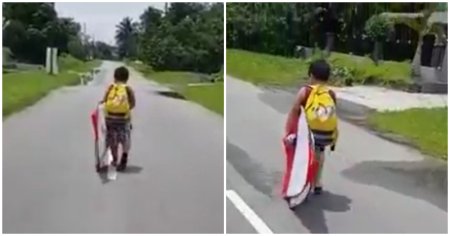