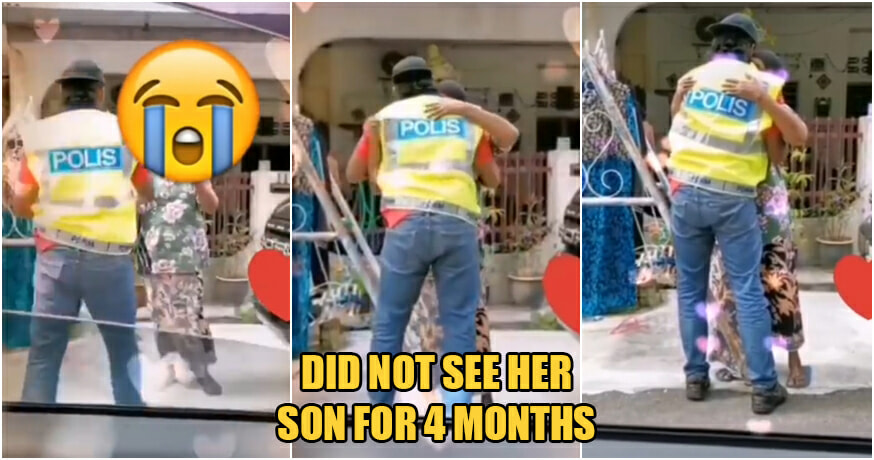 For many of us who get to stay comfortably at home during the Movement Control Order period, it is worth remembering in hindsight, the sort of sacrifices that our frontline authorities have made to ensure the safety of the nation. In fact, some of them have not been able to see their family members for the duration of the MCO due to their work responsibilities, such as the policeman who was finally reunited with his son after months.

But it seems that such heartwarming tales of reunion are only set to continue as more and more frontline workers finally get to have the much-needed break they deserve and return to their family life. Such as this one policeman, who finally got to meet his elderly mother after working on the frontlines for over four months.

The touching scene was caught on camera by what is presumed to be the policeman’s colleague after he dropped him off outside the front of his house, where his mother was already waiting for him, in the video shared by Friends of PDRM.

The very moment the car stops and the policeman steps out, both mother and son embraced each other for well over a whole minute!

Since being uploaded, the video has received plenty of well-wishes from the Malaysian public, many who thanked our frontline officers for their commitment and sacrifice during the MCO period.

To our abang and kakak frontliners, we would like to express our heartfelt thanks and gratitude for your service to our nation.