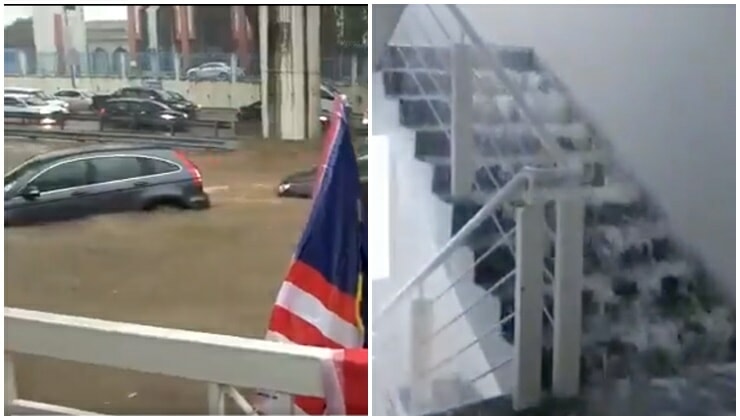 Ever wanted to know what it feels like to be rich enough to own an indoor waterfall? A few members of a housing residence in Shah Alam got the VIP treatment from Mother Nature. Unfortunately, this wasn’t the waterfall anybody was expecting, and definitely not the one anybody wanted.

Yesterday evening (15th August 2019), heavy rain caused flash floods to ensue in multiple areas within the Klang Valley amidst rush hour traffic. Many videos have been going around on social media documenting the severity of the storm.

After seeing cars getting dragged by the strong currents of the flash flood on the highway, we taught we’d seen it all.

That is, till a Twitter netizen shared a video of the “indoor waterfall” that manifested in the stairwell of a Shah Alam condominium. In the video, a strong stream can be seen flowing down multiple flights of stairs and it didn’t look like it was ready to stop anytime soon.

The video was captioned,

If this was coming from the 16th floor, we can only imagine what residents on the 1st floor had to go through. Another netizen, Faiz, summarised it succinctly, saying, “If upstairs has waterfall, downstairs will become a lake.”

While the flash floods were indeed terrible for everyone, Malaysian netizens decided to make the most out of a bad situation, tweeting videos of the flood with captions worth sharing.

Twitter user, Khairil, shared a picture of a car submerged in a petrol station alongside a running tap with the caption, “USJ flash flood. Was it cause nobody turned off the tap?”

However, humour wasn’t the only way people chose to look at the bright side of things. Seems like the flash floods also brought out the inner moral citizens in our fellow Malaysians.

These 2 gentlemen deserve a big THANK YOU for helping out during the 'banjir' in USJ this evening.. May God bless pic.twitter.com/apkzSJNkdH

A netizen shared a video of two gentlemen helping to direct oncoming traffic out of harm’s way in Subang Jaya, with a caption thanking them for their efforts. Looks like there really is a way to see the silver lining in every cloud!

Nonetheless, we hope that brings an end to this round of flash floods that have been plaguing our cities. Stay safe guys! 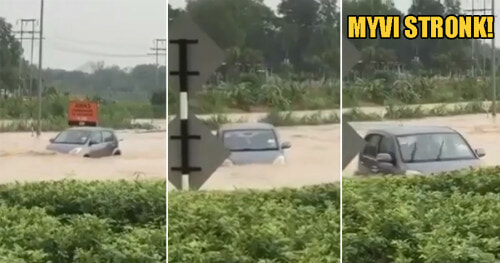