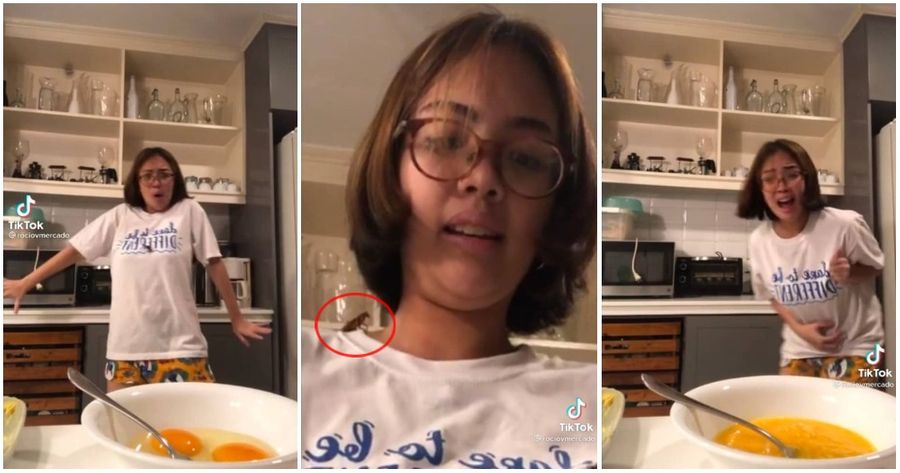 Have you ever wondered that instead of dodo birds, cockroaches should’ve been extinct?

But then again some people say these vermins actually do have a useful ecological role no matter how much you disagree.

Everybody knows that what’s more terrifying than a mere cockroach, are the ones that can fly. Also dubbed as the “lipas babi” or “syaitan” which could latch onto you unwarned while you scream your lungs out.

Recently an incident happened to a girl while she was on Instagram Live and cooking in her kitchen.

The video, which was originally posted by @rociovmercado on TikTok, went viral on Twitter. According to Rocio, who’s from the Philippines, she was up at 1am trying to make herself an omelette when the insect flew onto her and crawled all over her shirt.

Just watching it is making us cringe in so many ways!

Twitter users also commented on her hilarious expressions and the overall incident: 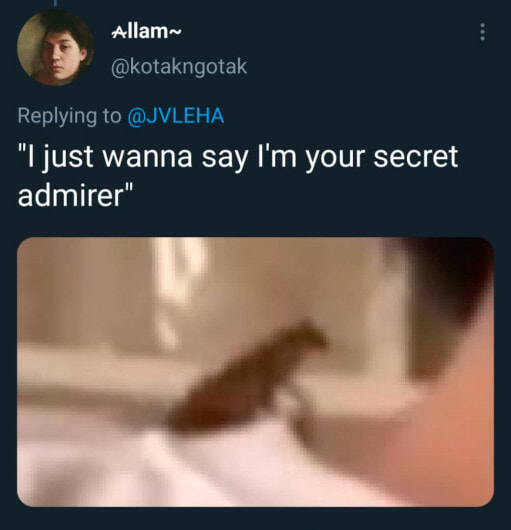 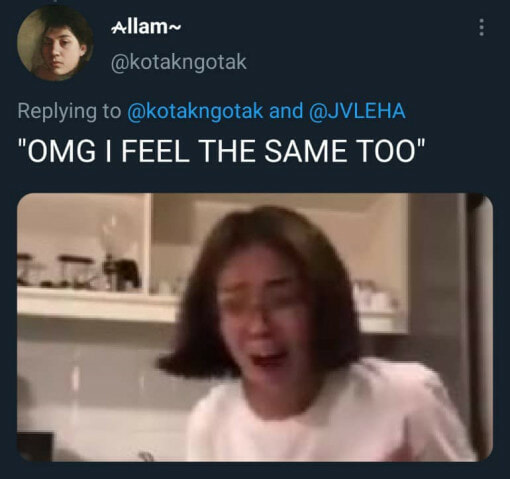 Rocio said she only found out the critter was on her after someone commented on her Instagram live. She expressed how mortified she was at that moment and genuinely thought she swatted it off at the beginning. The roach sat on her shoulder staring at her for a good 15 seconds before moving on. Thankfully according to Rocio, she managed to put an end to the insect after the video ended.

If the whole ordeal were to happen to us, we’d probably set ourselves on fire.

Experienced similar encounters with these creepy crawlers? Let us know in the comments!

Also Read: Hate Cockroaches? Did You Know Soap Can INSTANTLY Paralyse Them? 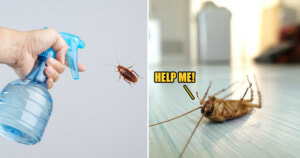