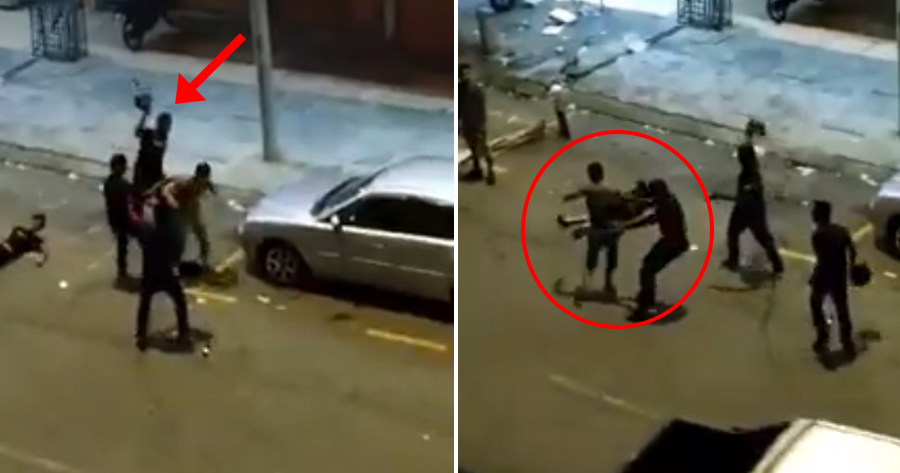 The police have tracked down two victims who were beaten up in a fight that took place in front of a restaurant located on Jalan Landak, Pudu, Kuala Lumpur on 25 August.

Dang Wangi District Police Chief Assistant Commissioner Mohd Fahmi Visuvanathan Abdullah said his department received a call from the public informing that there was noise coming from the location at 3am.

“Acting on the information, members of the Motorcycle Patrol Unit (URB) of the Dang Wangi District Police Headquarters (IPD) went to the location,” he said, according to Harian Metro.

“However, upon arrival at the location, it was found that the fight had ended, but URB members continued to patrol the area.”

“In fact, the members involved tried to contact the individual who made the complaint, but there was no answer.”

A video of the incident shows several men beating up one of the victims, with one of the suspects using a helmet to hit the victim as the others prevent him from running away. The victim was also seen being dragged by his hair, flung around and kicked.

“As a result of the incident, we managed to track down the two victims who were beaten in the incident,” he said.

“Efforts to track down the suspect are underway.”

He added that investigations would be conducted in accordance with Section 324 of the Penal Code for causing injury by using a weapon.