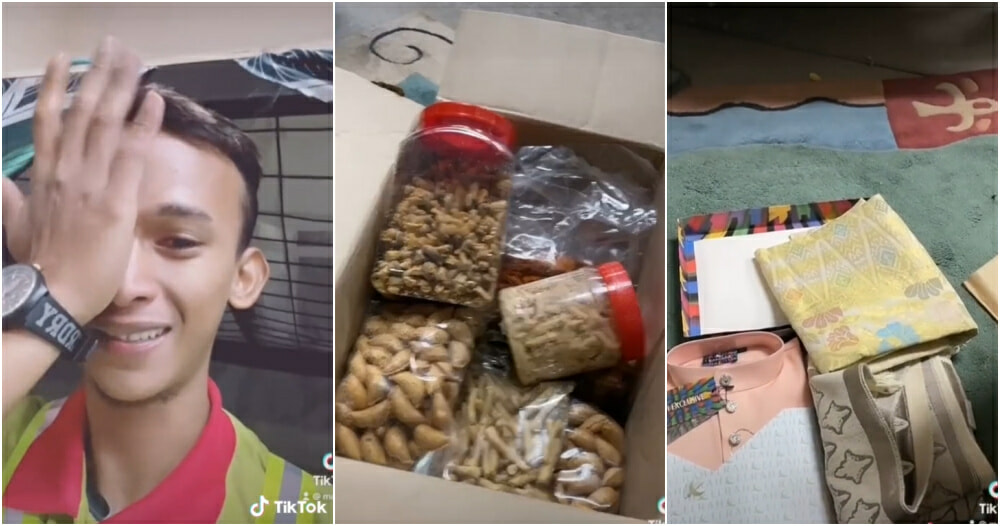 Recently, a video of a Malaysian man working in Singapore had gone viral after he posted a TikTok video of himself receiving a package from his family back at home.

TikTok user, Daud (@mat97), uploaded the touching video on 1 May, where he burst into tears when he received a Raya care package from his family staying in Besut Terengganu.

In his caption, Daud wrote, “Got this sent from my hometown. I felt so emotional in the morning. Tears when I opened the box.”

In the video, Daud can be seen trying to force a smile through the tears streaming down his face after opening the package.

The package was filled with typical Hari Raya essentials and snacks such as popiah nestum, simpul, and other common Malaysian kerepek.

Besides the snacks, his family sent him a brand new Baju Melayu set, including a samping and a prayer mat.

His video touched the hearts of many as it garnered over 550,000 views, 58,700 likes, and 4,000 comments at the time of writing. Thousands of netizens left words of encouragement and pieces of advice, reminding him to be patient. 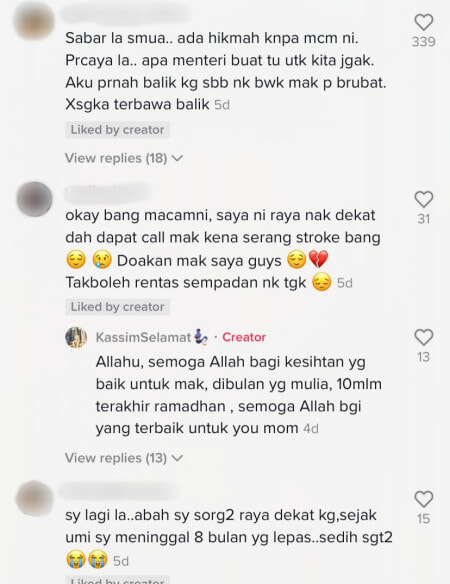 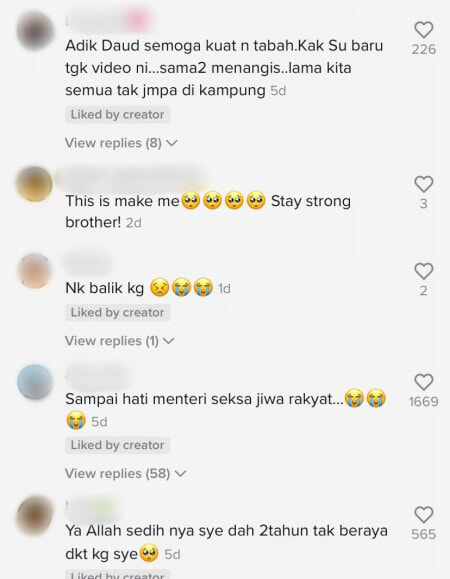 We know many out there are separated from their loved ones during this pandemic. We hope, in time, they would be able to reunite with their family. Till then, hang in there! 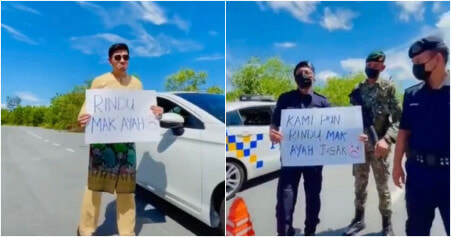