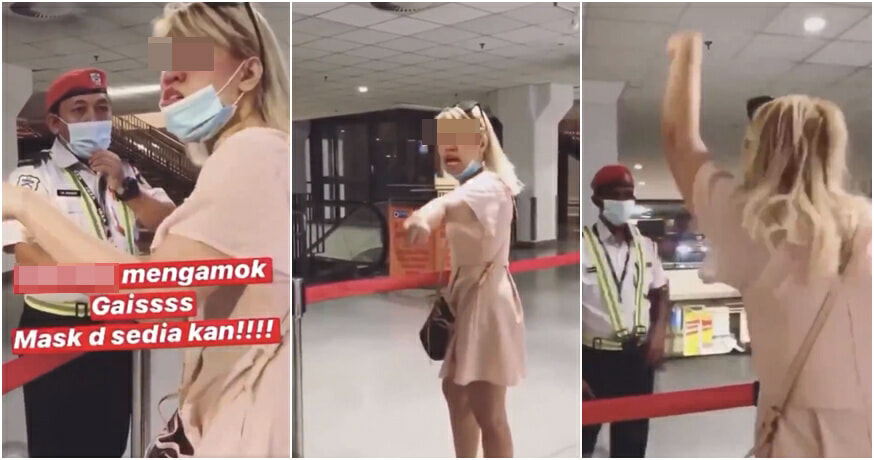 It’s 2020, and we have now reached the advent of the face-mask becoming a societal norm. Whether if you are going out with friends or just to buy groceries, your face-mask is now the default fashion (and safety) accessory dujour. But despite all the warnings, people are still walking out of their homes with a naked face.

If that wasn’t bad enough as it is, the very same people who are not wearing face-masks have also proven time and time again to be the same people who wind up making a scene when they’re told to buy and wear one, as this incident goes to show.

In a video clip that has since gone viral over social media, the CEO of a local cosmetics and weight-loss product company was caught throwing a tantrum after she was refused entry into a mall until she bought a face-mask of her own.

The woman, who is allegedly known as Cek Non, could be seen screaming at a mall security officer after she was forbidden from entering the premises when one of the people she had brought with her was bare-faced. Cek Non could be seen wearing a face-mask that was tucked under her chin during the altercation.

Asking why face-masks were not provided by default at the mall entrance, she goes on to berate the security guards and their ‘incompetence’.

“Are you expecting me to get out and drive, just to buy a mask you idiot?!”

It was understood during the altercation that her sister, who is filming the incident, was supposedly not wearing a mask and Cek Non was asking for one on her behalf. In a video following the incident, her younger sister then goes on to show that a face mask was provided to her after the fact.

“Find a sister who can get as pissed as Cek Non.” she said.

“You don’t have to buy a mask. They’ll give it to you for free.”

Since the incident caught flak with netizens across Malaysia, Cek Non’s sister has come forward with a statement on the matter, justifying her anger during the time 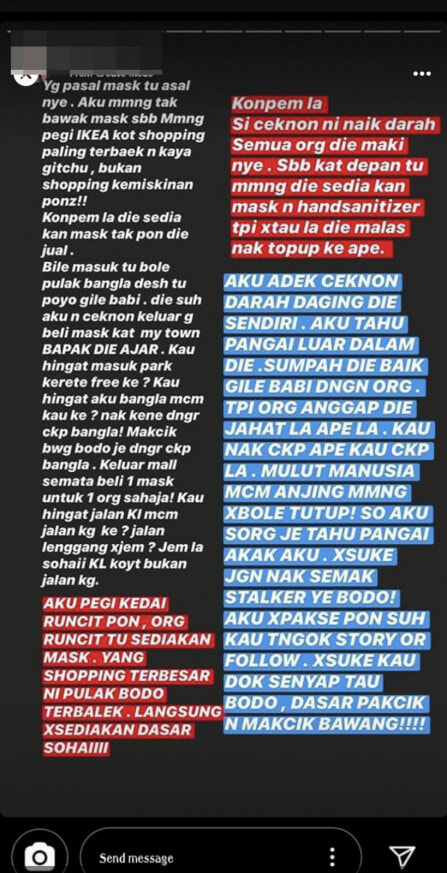 In the statement, she states that both she herself and her sister were both shocked and angered that a large shopping centre in Kuala Lumpur like the one they had visited could not provide any face-masks to their customers if they needed one, despite small businesses willingly doing so.

“I purposely didn’t wear a mask because we we’re going to IKEA, which is supposed to be really great and high class. It’s not a shopping mall for the poor. I was expecting them to provide face-masks for their customers.

Do you think I’m a bangla (in referring to the security officer)? Listen to what a bangla tells me to do?

Going out of the mall just to buy a mask for one person! Do you think KL roads are like village roads? No jam?”

Apparently, this isn’t the first time that ‘Cek Non’ has been put under the harsh glare of the media spotlight, as previously it was alleged that she had released sex-tapes of herself with her husband to promote her brand.