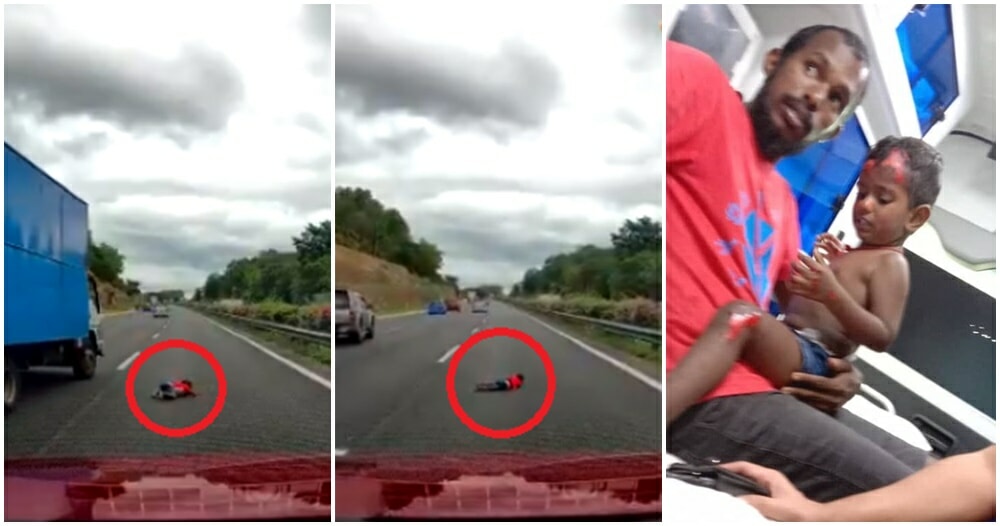 Too many road accidents result from the actions of irresponsible drivers who use their licences as a pass to race anytime and anywhere, regardless of whether it puts the lives of other road users at risk.

Recently, a Facebook video went viral after a netizen shared dashcam footage of a child being flung out of a car that was rammed by a racing Myvi on the PLUS highway, heading towards Pedas Linggi, Negeri Sembilan.

The beginning of the video appeared to show the Myvi dangerously cutting lanes in between vehicles before ramming into a white Honda Civic further down the road. Seconds later, a small child was spotted lying face down on the speeding lane, clearly injured from being horrifically flung out of the vehicle just moments after the collision.

Thankfully, a lorry was seen quickly stopping in front of the child to block other cars from possibly running over the poor toddler as the driver immediately rushed out to help the child.

While the dashcam reader states that the incident took place in 2018, the owner of the recorded footage admitted that he forgot to change the date and time of his device, so the incident actually occurred at around 3:20 p.m. yesterday (10th February 2020). 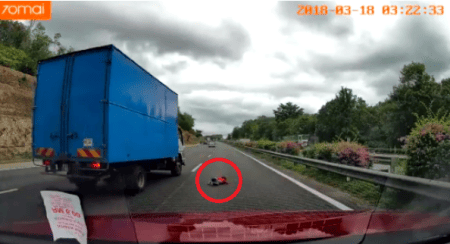 The netizen then revealed his identity, saying that he was actually the uncle of the poor child that was flung out of the vehicle:

“The Myvi rammed into my younger brother’s car, (and caused) his son to be flung out of the car.”

He went on to elaborate on the scary incident, saying that a Jazz and Myvi were racing when the latter vehicle cut to the third lane abruptly, causing the collision with his brother’s car.

However, upon further investigation by authorities, Rembau police chief, Anuar Bakri Abdul Salam, clarified the netizen’s statement saying that, “the father of the injured child was driving on the fast lane before he was rammed by a Myvi who lost control of the wheel and hit the divider on the highway.” 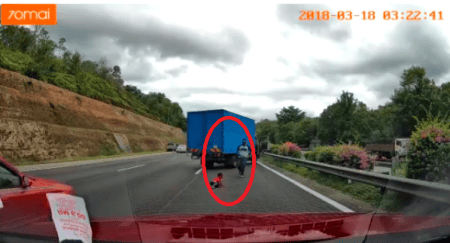 “The vehicle then overturned and another part of the Myvi moved to the middle lane, resulting in the boy being flung onto the fast lane,” reports Astro Awani.

The injured child’s uncle then proceeded to post pictures of his nephew, revealing injuries on his left foot, hand and chin. While the child didn’t sustain any major injuries, authorities and the affected family has since received information about the reckless driver’s number plate.

While this definitely serves as a warning against illegal racing, parents should also realise how important it is to equip your vehicle with a baby seat for younger children! What do you guys think? 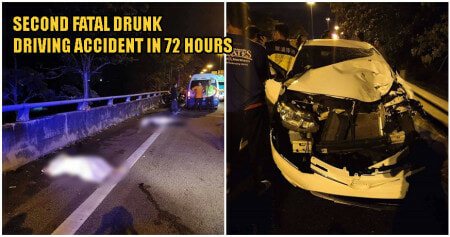