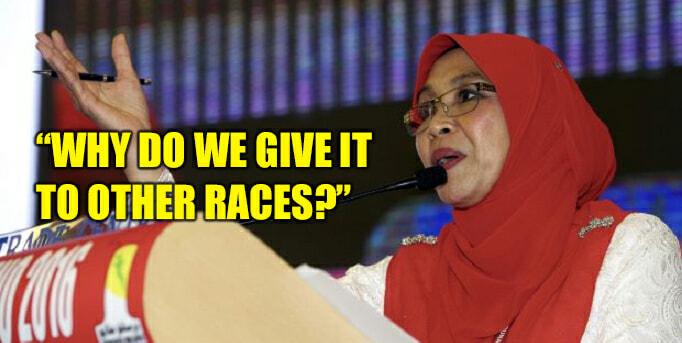 Malaysians are generally very careful and selective when the topic of conversation involves more than one race. We always try our best to be respectful and not offend our fellow multicultured Malaysians.

However, during the Wanita Umno 70th general assembly on Wednesday, netizens have pointed out Hamidah Arshad’s remarks that reeked of racism. 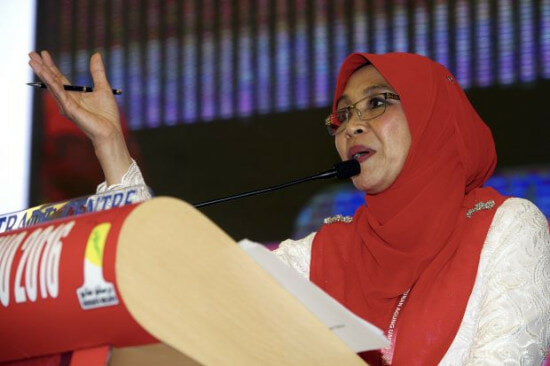 According to The Star Online, the Umno Wanita delegate questioned why our government appointed non-Malays for top positions in government-linked companies (GLC)?

Giving an example, she said that the position of chief executive officer and general manager position at Penang’s SP Setia Berhad was given to a Chinese instead of a Malay. She felt that there are other equally qualified Malay who could easily fill those shoes.

“When other races are allowed to hold top positions, the contractors, consultants, lawyers and others will go to them. Was there no qualified Malay lawyers or contractors in Penang?” she asked.

“This GLC is owned by us but why do we give it to the other races. How can we help our own race? It was our fault because when we had the power, we appointed and gave power to the other races in the company,” said the Wanita Umno delegate.

In what seems to be an attack on the Penang government led by DAP, she equated the fate of the Malays to the fate of the Palestinians – which is being chased out in their birthplace by others. 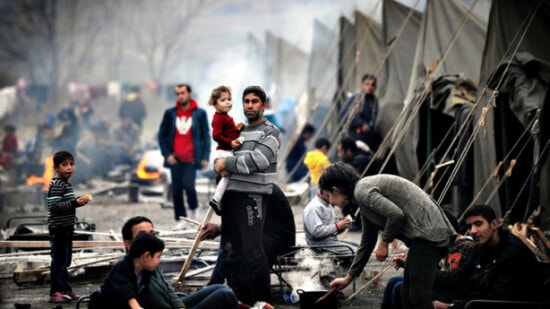 “They (the Malays) are being chased out by DAP. The cleansing process is being done without us noticing,” she said.

To strengthen her point about how DAP oppresses the Malays in Penang, she said that the price of houses have sky-rocketed up to RM7 million which is unreasonable.

“How many Malays can actually afford it?” said Hamidah.

As an Umno Wanita delegate, you’d think she is just carrying out her duty to fight for the rights of Malays but many netizens have criticized her for her approach and choice of words.

Well, I don’t know about you but my only reaction is…