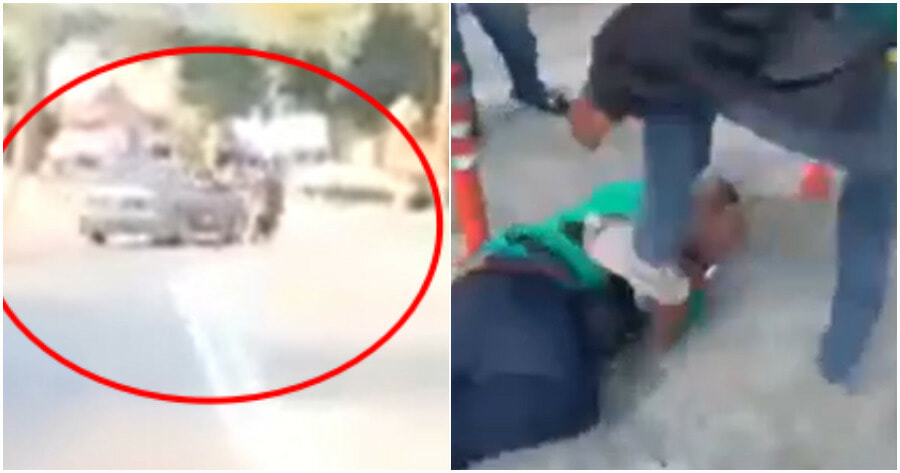 In 2018, Malaysia saw an average of 18 people killed in road accidents daily.

What is more unnerving about that statistic is that there are still motorists who evade responsibility when they have caused an accident. In short, hit-and-run cases.

Yesterday (August 11, 2022), a video showing a car driving off after hitting a motorcycle and then later being apprehended by members of the public was shared in the Facebook group INFO BERITA SEMASA.

The video consists of three parts. The first part shows the suspects trying to escape in a panicky state. The second shows how the accident occurred, and the third part shows members of the public scolding and beating up the suspects.

The hit and run

The accident at Jalan Hang Tuah near the parking lot entrance of LaLaport Bukit Bintang City Centre was captured on a car’s dashcam.

The footage shows the suspects’ car first driving alongside a motorcycle. 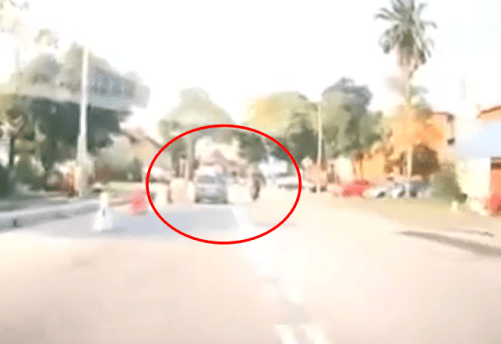 Then, without warning, the car swerved right, knocking down the motorcycle beside it and driving onto a curb. 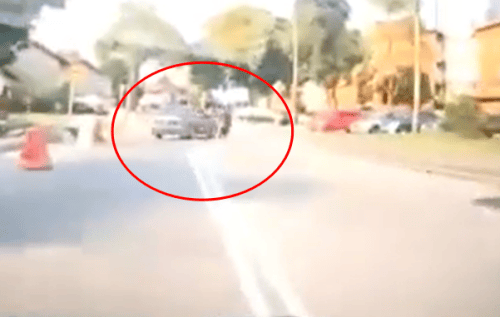 Without pausing, it turned back onto the main road and continued on its merry way.

Thankfully, the two motorcycle riders appeared unharmed as they could get up quickly after having their motorcycle knocked down.

It seems like after a failed escape attempt (in the first part of the video), a number of men were able to corner the suspects.

In the third part of the video, the men can be seen beating up one of the suspects as he lay helplessly on the ground. 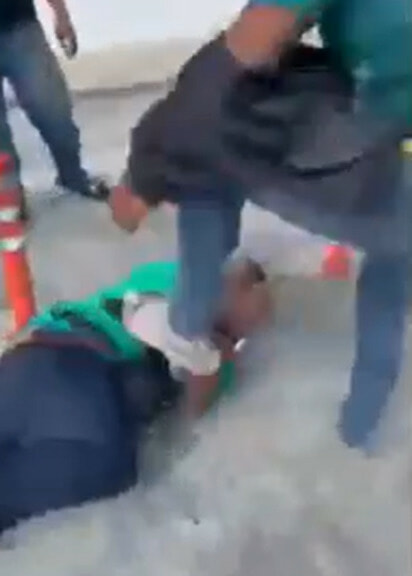 They landed kicks on him and swore at him. In desperation, the suspect yelled out, “He drove! He drove!” as he pointed to the other suspect still in the car.

Then, the men dragged the second suspect out of his car and started attacking him as well. 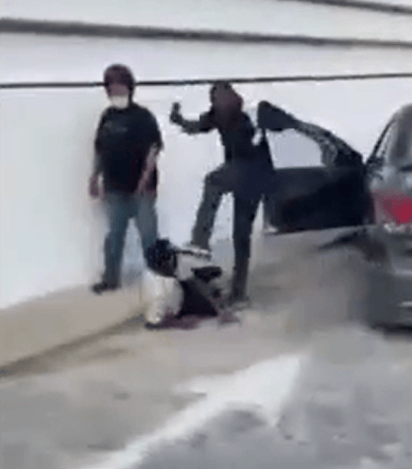 In the video’s last clip, two police officers were seen at the scene.

Wow, that was a bit too unnecessarily violent, no? 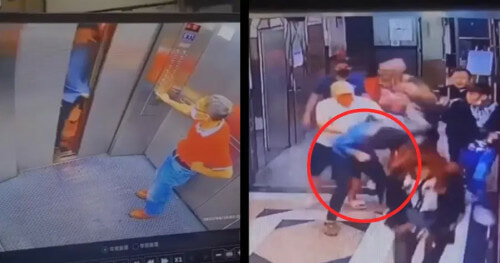