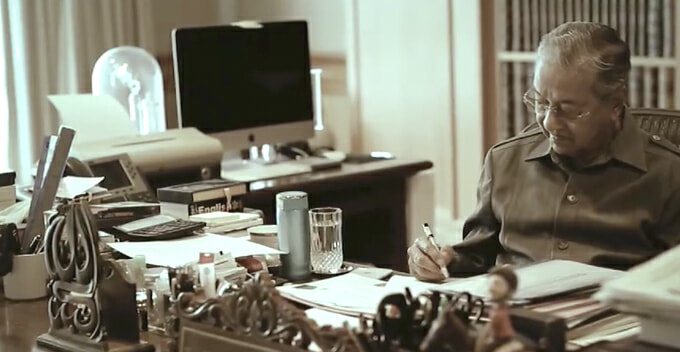 To all the youngsters out there, Tun Mahathir has a message for y’all!

On 26 April, our former prime minister Tun Dr Mahathir who is now the chairman of Pakatan Harapan, uploaded a thought-provoking video on his Facebook. The three-minute video was uploaded with the caption – “I can’t do everything by myself, I’m putting all my hope on the young ones”.

Here are some of the heartfelt things he said in the video, which are very relatable to the rakyat.

“I don’t need wealth. I’m aware of my old age and I’m just waiting for my time to meet God. I can keep quiet and stay in my comfort zone so that I can be idolised by them for the rest of my life. ”

“But I have to voice out because I’m looking at the destruction done by the reckless and spendthrift leader who offers bribery to buy people.”

“My old eyes are looking at billions of national debt that will be paid by our next generation. Money is being borrowed like there’s no tomorrow. They are used to buy all the votes and power available.”

“He promises the moon and stars to everyone without thinking about the consequences that will be paid by our next generation when he’s no longer breathing. Dirty money is being fed to those who’ve lost their self-worth and self-respect.”

“They sell out the country, dignity, and even religion, which I can never do. I’m putting all my hope on the young ones to right the wrong.”

This video went viral on Facebook with many netizens cheering for the return of Tun M as the prime minister, if Pakatan Harapan takes over the government. Some also expressed their admiration towards Tun M in the comment section.

“I’m from Singapore and there are two political figures whom I respect the most. They are Tun Dr Mahathir and Lee Kuan Yew. What makes them so admirable is their leadership and assertiveness. Singapore is still following the vision set by the previous leaders 40 years ago, which makes the country grow systematically. But for Malaysia, the present leader has led the country far astray from Vision 2020,” a Singaporean netizen said.

“To all the young ones, please go home and vote. Share this video with the old folks from your kampung and tell them the truth. Let’s bring down the bandit and save our country,” another patriotic netizen said.

So guys, please go home and vote this GE14 because every vote matters. This country needs you more than ever. 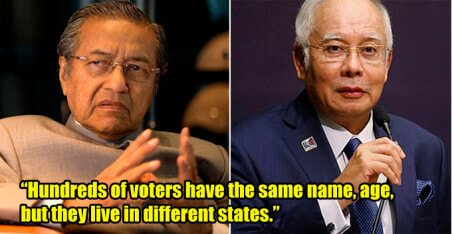