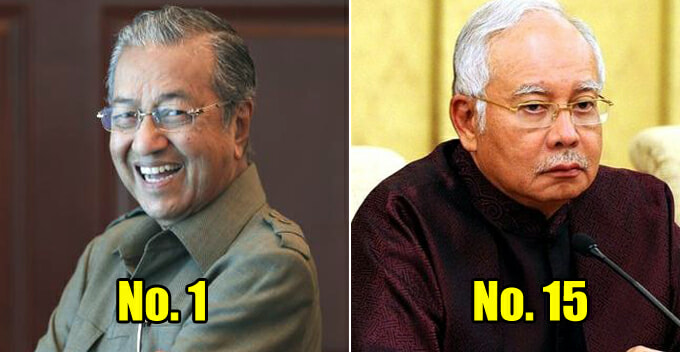 Although Tun Mahathir and Dato’ Seri Najib Razak are both veterans in Malaysia’s political scene, their level of popularity seems to be miles apart.

According to the latest survey released by YouGov, Tun Mahathir was crowned as the most admired man in Malaysia, with an admiration score of 15 per cent. The next local politician that came in is Anwar Ibrahim, who nabbed the 8th place with a score of 4.4 per cent on the chart. 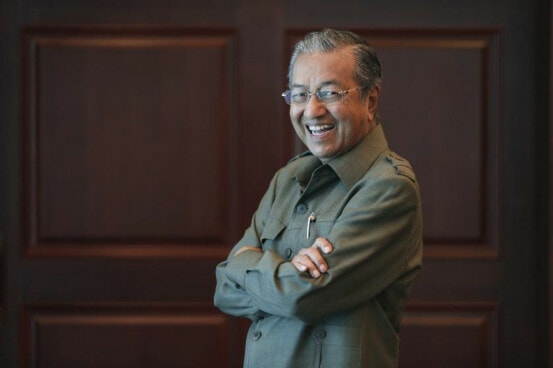 Unfortunately, our beloved prime minister Najib Razak came in at the 15th spot with only 2.5 per cent for his admiration score. Yikes!

Here’s the full ranking of the most admired men in Malaysia:

On the other hand, Siti Nurhaliza was crowned as the most admired woman in Malaysia, earning 14.10 per cent for her admiration score. Closing in at second place is Siti Hasmah (10.10 per cent), who is Tun Mahathir’s beloved wife, while celebrity/entrepreneur Neelofa (7.40 per cent) was placed third.

Sadly, our first lady Datin Paduka Seri Rosmah Mansor came in at 25th place with an admiration score of only one per cent. Why you guys no support her?

Here’s the full list of the most admired women in Malaysia:

On the global scale, Bill Gates, Barrack Obama, and Jackie Chan topped the chart for the men’s category while Angelina Jolie, Michelle Obama, and Oprah Winfrey stole the top three spots for the women’s category.

Just so you know, YouGov is a British organisation and they’ve interviewed more than 37,000 respondents from 35 countries to come up with these results. It doesn’t accurately represent all Malaysians’ thoughts but the study certainly can’t be rigged as well.

Judging by Najib’s performance in this study, his PR team should really hustle to up his popularity among Malaysians, especially now that the general election (GE14) is fast approaching. 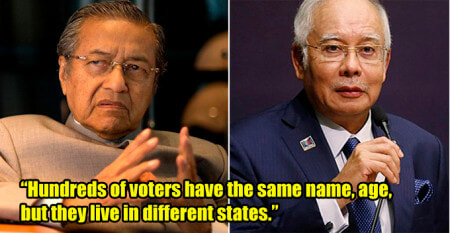