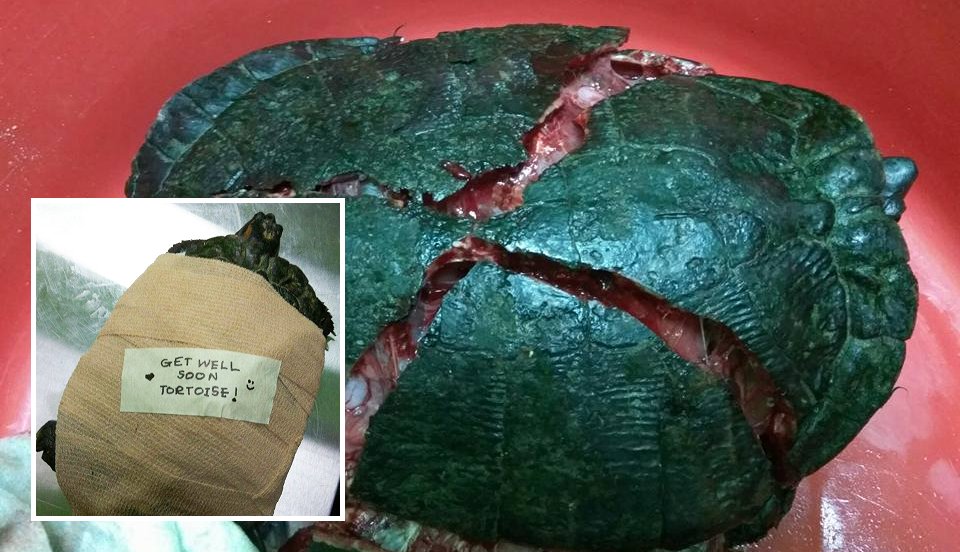 Animal cruelty is no doubt sickening and uncivilized.

Recently it has come into the attention of Malaysians that a group of men had committed an unforgivable act of animal cruelty.

Serv-U Veterinary Clinic & Surgery uploaded multiple images of a tortoise on it’s facebook page. In the pictures it could be seen that the tortoise suffered from a severely grotesque cracked shell, revealing it’s insides. 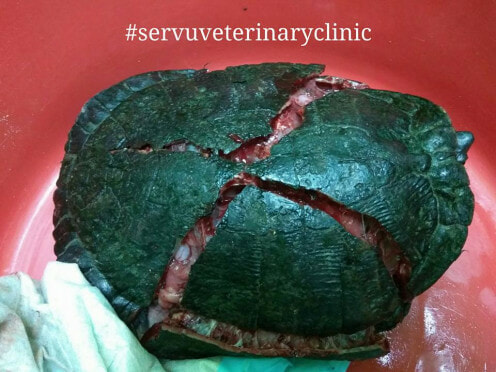 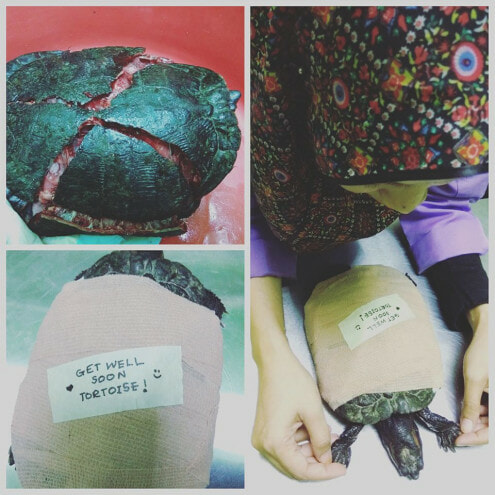 According to a popular pet blog, A Fortress of Fur, it was said that the poor tortoise was repeatedly jumped on by a group of ruthless foreigners until the sturdy shell of the tortoise was cracked into 4 parts.

However not long after, Serv-U Clinic revealed that they begun treatment on the tortoise in hopes that he could recover from his injuries. 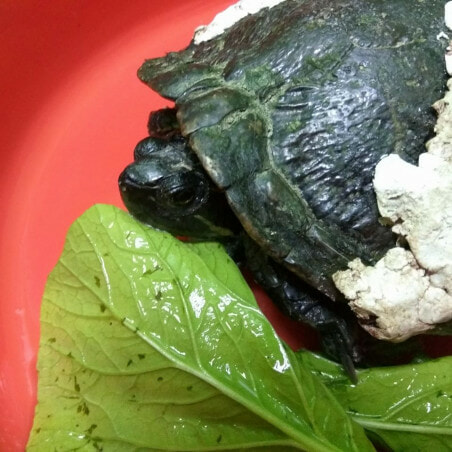 The Clinic also assured that the tortoise is on his way to recovery. They also estimated that the it takes approximately 6 months for the shell to reattach and recover.

However, despite the good news it came as a shock to everyone when the tortoise was announce dead. 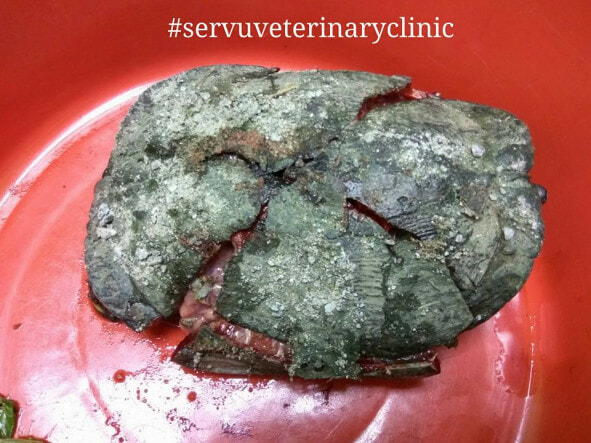 Despite the professional and attentive care the tortoise is given, he succumbed to his injuries and passed away. Netizens and the staff in Serv-U Clinic alike were very much upset and grieved the departure of the tortoise.

It has been a wake up call for many that such cruelty should not be tolerated and abuse to every animal is never acceptable.

If anyone stumble upon an injured animal, please do sent it to the nearest veterinary clinic or contact relevant authority. No animals deserve any kind of abuse and they should not suffer alone.