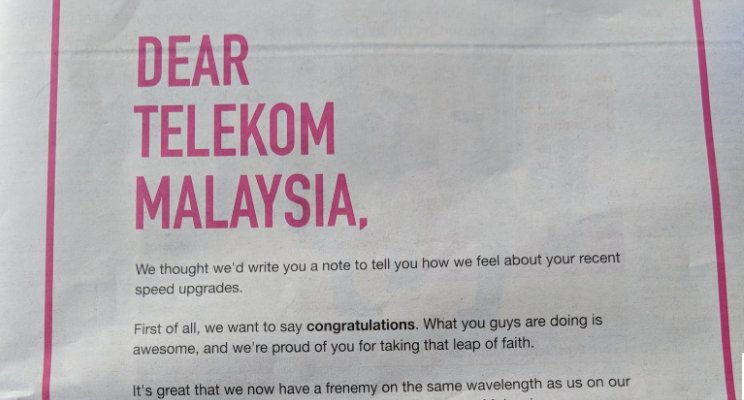 A pleasant little surprise in the form of a full page open letter was left in The Star newspaper yesterday for Telekom Malaysia from, wait for it… their competitors, TIME.

Instead of being salty or gloating, TIME issued the ad as a heartfelt congratulations for TM’s recent broadband speed upgrades.

Wah, so nice of them!

They also emphasised how their frenemy rivalry will only serve to make both companies better in the future, providing faster broadband speeds for their customers.

You can read the letter in full here, posted by Twitter user @arip_leman.

Time's message to TM, in today's The Star pic.twitter.com/If6vuczttF

Some Twitter users were even praising TIME for their great marketing skills.

marketing at its finest!

Other Twitter users, however, took the chance to criticize TIME for their coverage and speeds.

TIME is not that good anymore… they're trash

Its just emergency publicity stunt “oh shoot tm price has go down n raises speed more than us. While waiting for our revise pricing “lets blame tm for us being slow tho we also take our sweet time & we dont want to spend money on coverage at small cities kah kah

Let’s just hope broadband speeds keep improving so that we can continue streaming all our favourite movies and tv shows!

Also read: 6 Common ‘Facts’ Most Malaysians Confirm Have Believed in Before 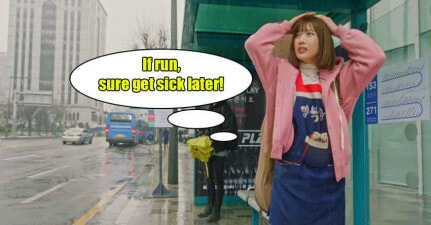