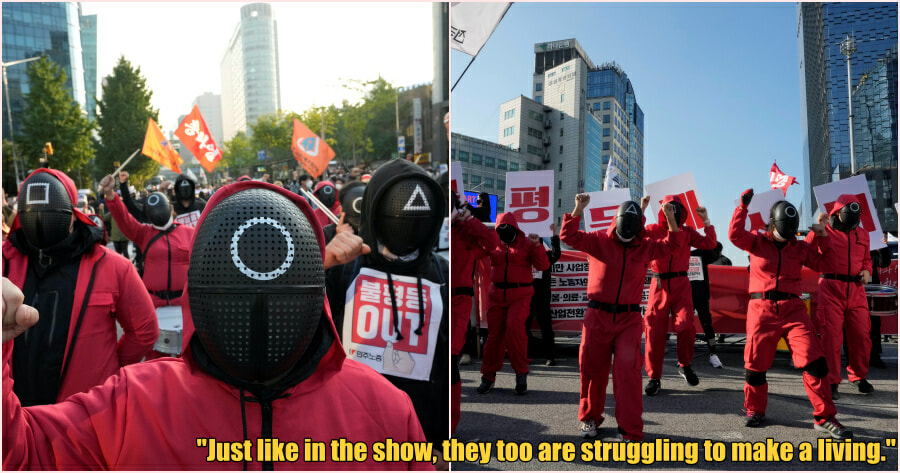 The Squid Game hype looks like it is here to stay, and has already impacted the world in a variety of ways including its influence on children as well as the incredible surge in online traffic it has caused.

Now, it was reported that thousands of South Korean union workers wore costumes from the show, as they rallied on the streets demanding job security on Wednesday (20 October). 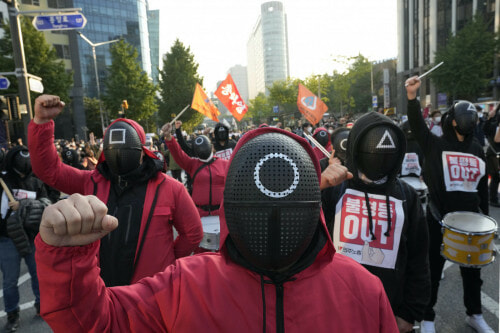 According to The Straits Times, about 80,000 members of the South Korean Confederation of Trade Unions in 13 different cities in South Korea went on strike and called on the nation’s government to impose better working conditions for irregular workers and a minimum wage hike.

In Seoul alone, 27,000 people gathered to protest, prompting local authorities to deploy about 12,000 officers to set up “bus walls” and fences for crowd control. 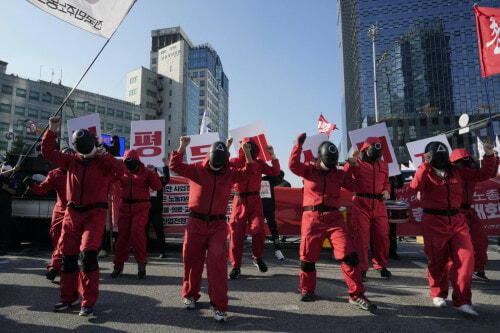 The show hit too close to home for some in South Korea, where some workers worked an average of 44.6 h per week in comparison to the average of 32.8 h per week in OECD member nations according to an article published in the International Journal of Occupational and Environmental Health back in 2016.

Lim Yun Suk, the Korea Bureau Chief for Channel News Asia, tweeted that some union workers had said that, like the characters in the popular Korean survival drama, “they too are struggling to make a living.”

“In ‘Squid Game,’ you see characters scrambling to survive after being laid off at work, struggling to operate fried chicken diners or working as ‘daeri’ drivers. That reminded me of my co-workers who died.” 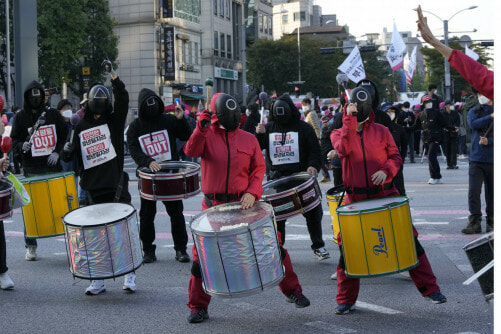 The rally was held despite the fact that the government had warned that the rally was illegal and violated Covid-19 restrictions. According to the country’s strict social distancing policies, only gatherings of up to eight people are allowed.

All rallies are banned in Seoul and the greater Seoul area under the city’s tight social distancing measures.

Korean President Moon Jae-in also encouraged union workers not to rally in a bid to prevent the spread of Covid-19.

Also read: Are Kids Being Influenced By Squid Game? Here’s Why Parents Should Monitor Their Child’s Screen Time 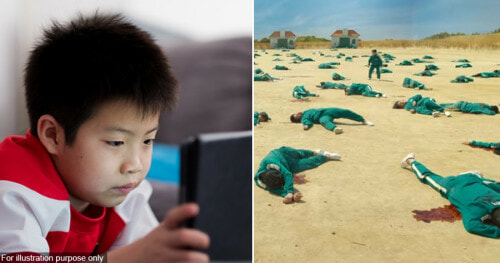