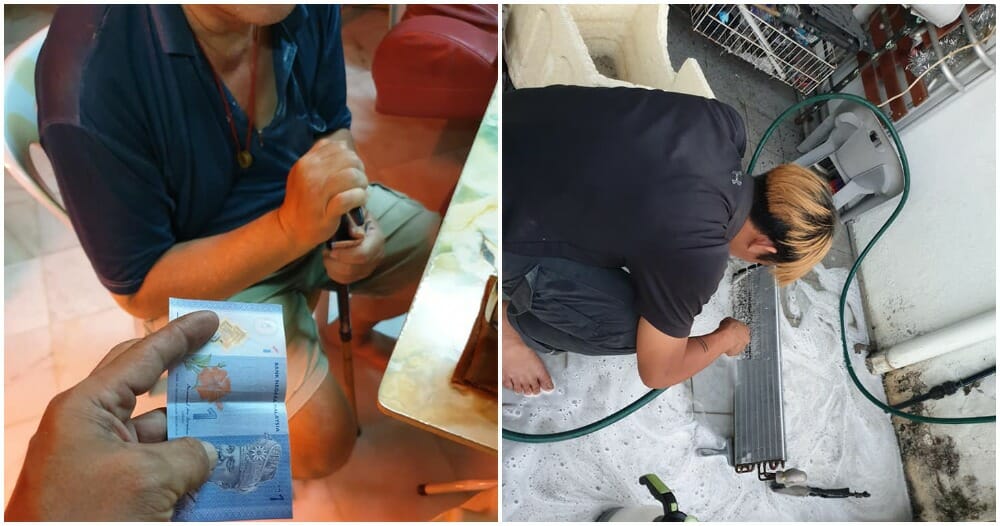 This is what is meant by KitaJagaKita!

Due to the pandemic and subsequent MCO, needless to say almost every Malaysian has been suffering financially but despite this, this man from Ipoh found kindness in his heart and helped this uncle in whatever way he could.

Issac Chin is an air conditioner technician and he shared the story of how he helped this OKU uncle who called him to clean his air conditioner. The uncle is said to be in his 50s, suffers from multiple illnesses and has piled up drugs from the hospital. According to Issac, he also seemed to be slightly paralysed and has to rely on crutches when he walks. 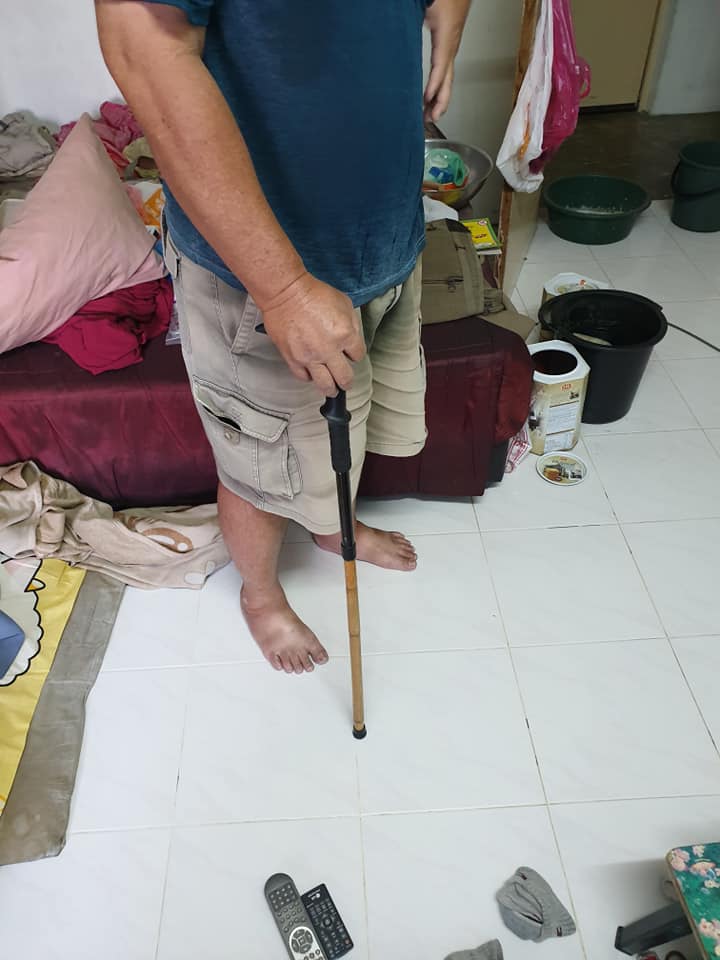 The uncle lived with his sister and is fully dependent on his siblings to survive. Besides the air-conditioner being in a bad condition, there were also buckets around the house as the roof leakage was quite serious but they couldn’t afford to repair it.

In fact, three years ago, this man had called Issac to repair his air conditioner as the compressor was broken and Issac did the service for only RM1. This time around, however, the air-conditioner was in a much worse shape. According to the uncle, the air conditioner broke down causing him an intense heat to the extent that he had to be admitted to the hospital twice. The air conditioner remote was also not working due to the collected dust inside. 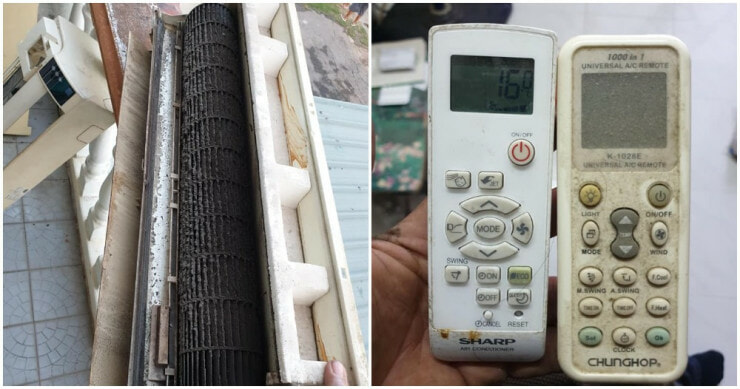 Issac and his trusted assistant then replaced the air-conditioner remote and set to the arduous task of cleaning the dirty air conditioner. When the task was completed, the uncle asked Issac how much did it cost and he simply replied that it would only cost RM1.

The uncle couldn’t believe what he heard and took out out the RM1 from his pocket, his hands still shaking from the disbelief. He repeatedly kept thanking Issac.

“You don’t need to thank me, this was not for free, you’ve already paid me the RM1. This is how much I wanted.” 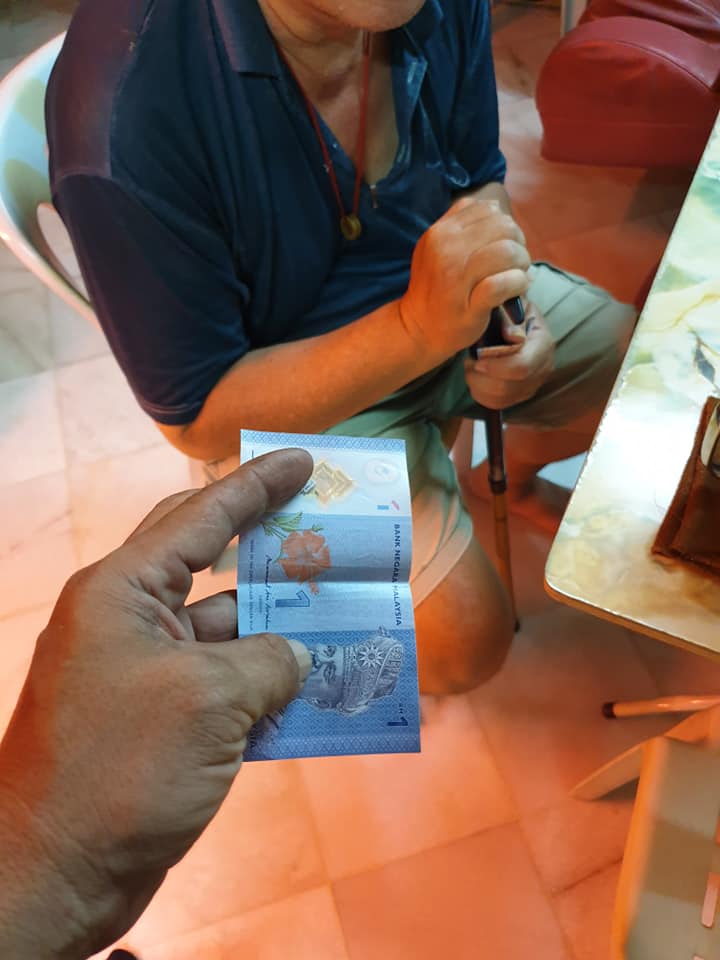 Before leaving, Issac informed the uncle that his friend, Kang, will be coming over the next day to fix his leaky roof. The uncle sadly said that he can’t afford to pay the contractor to fix his roof.

“Don’t worry uncle, you don’t have to pay a single cent. I will take care of everything. As long as you don’t have to walk with these water-filled basins. It’s very dangerous for you especially near staircases.

Besides uncle, you’ve already paid me. This RM1 is included in the roof leak repairs as well.” 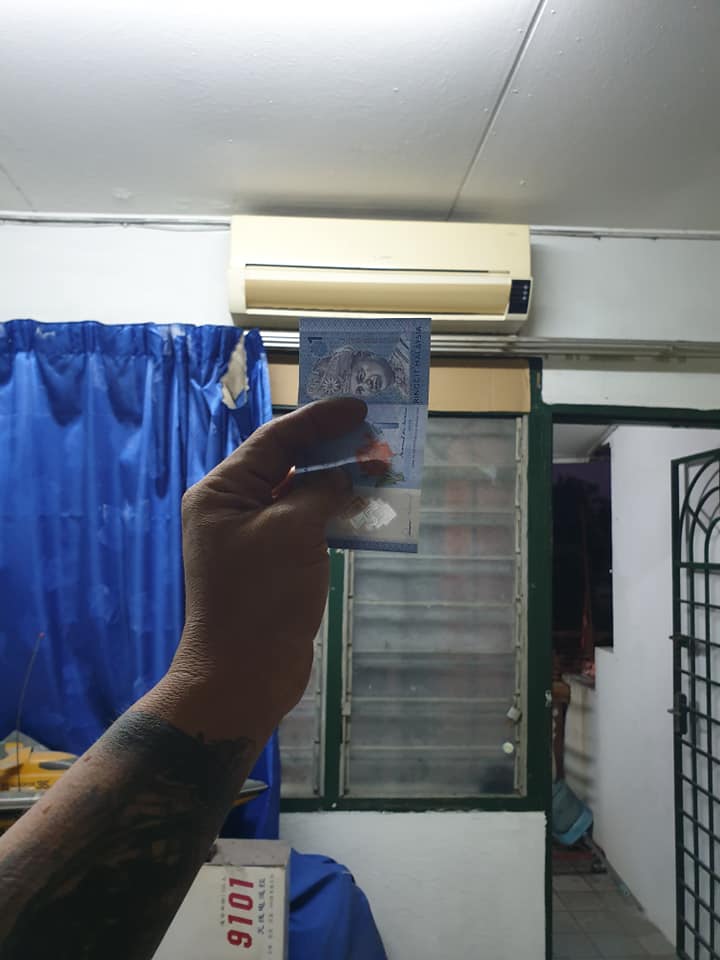 As he was saying this, the uncle had tears in his eyes and Issac started to feel embarrassed and took his leave from the uncle’s house. Before leaving, he reminded the uncle once again about the contractor who would come for the repairs. Issac ended his post by saying that he earns money from those who can earn money.

“I won’t do the same to those who are struggling to put food on the table. Even RM1 is more than enough for me to do all of this for you.”

Kudos to Issac for going out of his way to help the suffering uncle. During these times of selfish people, Issac proved that you don’t lose anything when you show kindness, in fact, somewhere along the way, you can even earn a precious RM1. 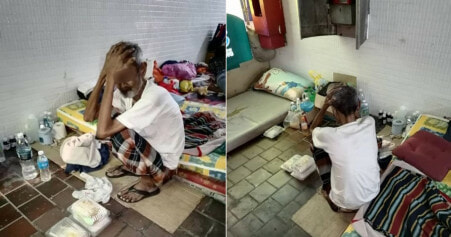