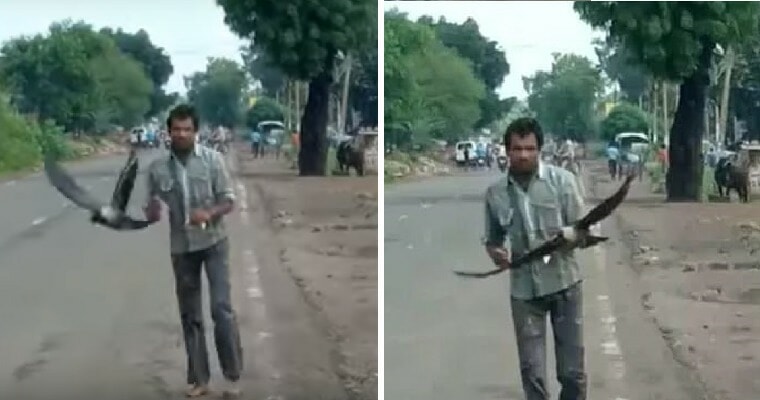 You might think that if you’ve wronged an animal, they would forgive and forget but not in the case of this murder of crows. FYI, a group of crows is called a murder, quite aptly named in this case! A daily labourer in Madhya Pradesh’s Shivpuri, India, has been plagued by crows for three years as they have made him their sworn enemy. 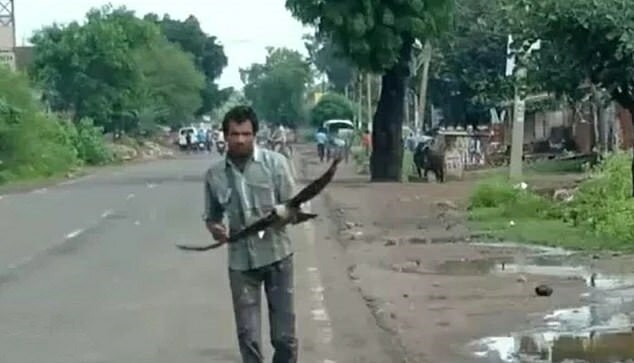 According to Times of India, Shiva Kewat is afraid to leave his house every day as he doesn’t know when he will be attacked. Now, he carries a stick whenever he steps out of the house to fend off crow attacks as the birds lie in wait for him just outside his door.

Kewat says that they have targeted him since three years ago when he found a baby crow that was stuck in a net and tried to rescue it. The chick died in his hands and unfortunately, the parents saw and thought that Kewat had killed their baby. “It died in my hands. If only I could explain to them, I was only trying to help,” he said.

The word must have spread among the crow families in the neighbourhood as they identified Kewat as the baby crow killer when all he wanted to do was help out the baby crow. He said that sometimes, a murder of crows or even a lone bird would attack him and it doesn’t look like the attacks are stopping anytime soon. At first, he didn’t take the attacks seriously, but then he realised that they were only attacking him and not anyone else.

“The assaults are sudden and frightening,” he says. They swoop down with their talons extended and sharp beaks, ready to peck him. Sounds like something from “The Birds” movie! “The crows attack him like they show fighter jets diving towards a target in movies,” say the villagers, who are amused by the aerial attacks. 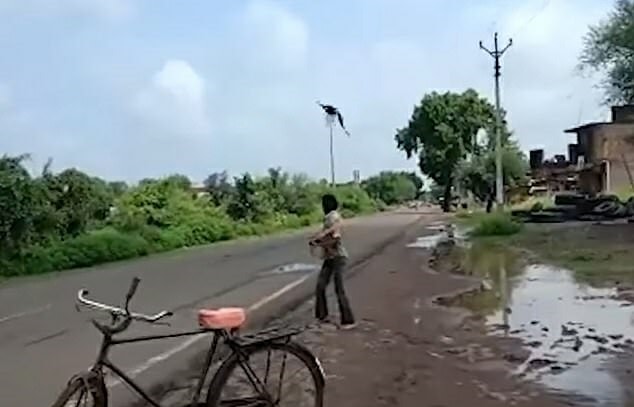 Kewat said that due to these attacks, he has scars on his hands and head from the crows. That said, although he goes around armed with a stick, he makes sure that he doesn’t actually hit any crows. “I just wave it around to shoo them off. Poor things, they believe I killed the chick,” he said. The animal lover says that he is surprised that crows can be so revengeful and remember human faces after so long but still hopes the crows can forgive him.

Professor Ashok Kumar Munjal, a genetics professor at Barkatullah University in Bhopal who studies bird and animal behaviour, says that crows are intelligent birds who can have a tendency to hold grudges. They have the ability to remember human faces that offended them and coordinate attacks on these people.

The poor man tried to be kind but got attacked by crows instead! Hope they eventually give up and manage to forgive Kewat!

Also read: M’sian Ties Monkey Down & Spray Paints It Red As Revenge For Stealing Durians from His Garden 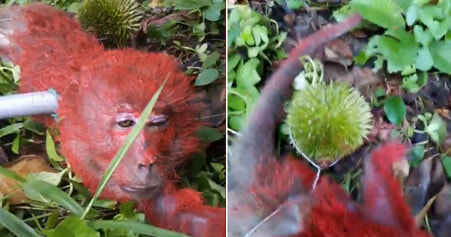