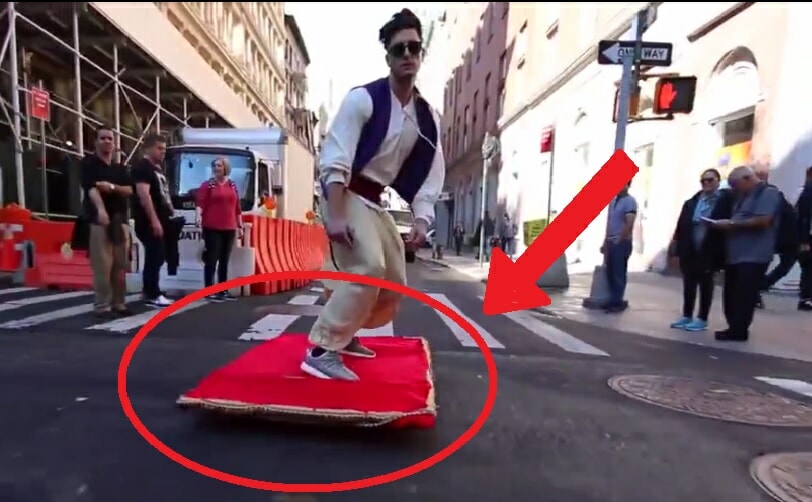 Halloween just passed a couple days ago but there’s no stopping those epic videos you can find online. Halloween is the day where people dress up as just about anything. Just scroll through your social media feed and you’ll be able to see people dressed up from scary monsters to cutesy costumes.

Whether it’s a full on ensemble or half-assed ones, it’s the effort that counts. However, there’s probably no one that could beat this guy’s costume.

The combined efforts of film maker Casey Neistat and Youtuber Jesse from PrankVsPrank produced probably the greatest Halloween stunt in the big apple.

People who are going about their normal day was shocked to see a real life Aladdin riding his magic carpet down the streets of New York city.

Yes, they totally flipped the f*** out.

I mean, who wouldn’t?

Everyone is amazed.. and confused at the sight of Aladdin floating on by.

Sorry to ruin the magic but no, it isn’t a real magic carpet, nor did he have any genies helping him.

Casey later posted a behind the scenes video that unravel the mystery that surprised New York citizens.

The video revealed that Jesse aka Aladdin was actually riding on a remote controlled skate board.

Now watch the epic video below. We especially loved how the kids reacted.