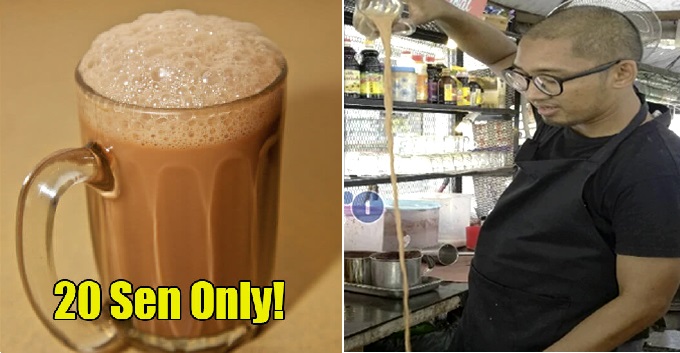 Teh tarik is hands down the most popular beverage in Malaysia, and it’s usually priced between RM1 and RM2 per cup. However, you can get it at this stall for only 20 sen! Yes, for real guys! 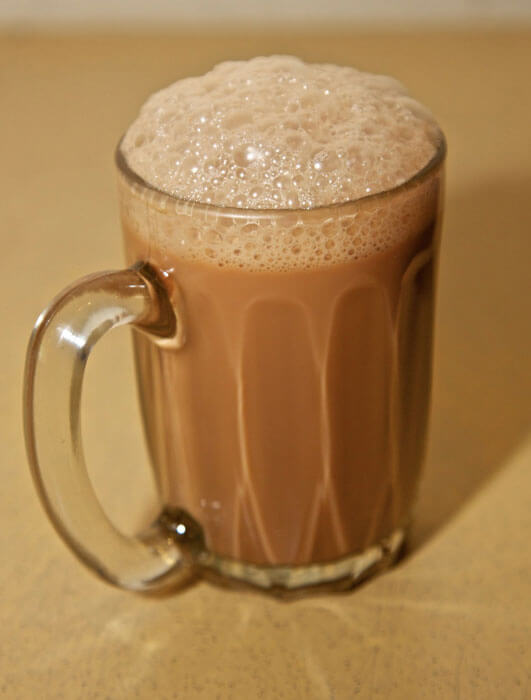 According to Harian Metro, the stall owner named Ahmad Thalhaah initially took it as a joke and also a challenge to sell teh tarik at this price point.

“A lot of people were shocked when I first introduced this price (20 sen) earlier last year. Some even called me ‘crazy tauke’ (crazy boss).”

“To be honest, this special price is dedicated to my regular customers who’ve been supporting my business all this while,” said the owner of Gerai Pak Usop. 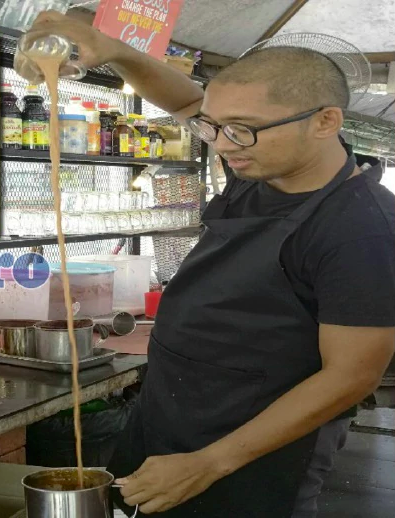 Understandably, many couldn’t believe their ears when they first heard that, as the price of everything seems to be rising. In some places, you may even need to pay RM2 for a cup of teh tarik!

Despite the unbeatable price point, Ahmad refuses to use extra sugar to sweeten the tea. For him, it’s all about serving good quality teh tarik and hence, there should be no compromise.

“This stall is frequented by public servants and local residents because it’s nearby Kompleks Penyiaran Kedah and we can sell up to 300 cups per day!”

This promotion was initially intended to last for a month only, but due to popular demand, the father of two has decided to extend the promotion until the end of 2018.

Needless to say, this stall is a hit among the locals due to its super affordable drinks and food, aside from the friendly owner. Parents would stop by for a cup of bubbly teh tarik after sending their kids to school every morning.

This incredible deal is available every morning from 6am to 9am. After that, it’s back to the original price of RM1. Still pretty affordable if you ask us!

So, if you happen to be in Kedah, feel free to visit the stall in Taman Pelangi, Jalan Kuala Kedah, Alor Setar.

It’s hard to find vendors who would sacrifice their profit for the happiness of the customers these days, and for that, we salute Ahmad. Respek!

Also read: This Restaurant Still Serves Food and Drinks at RM1 in 2017! 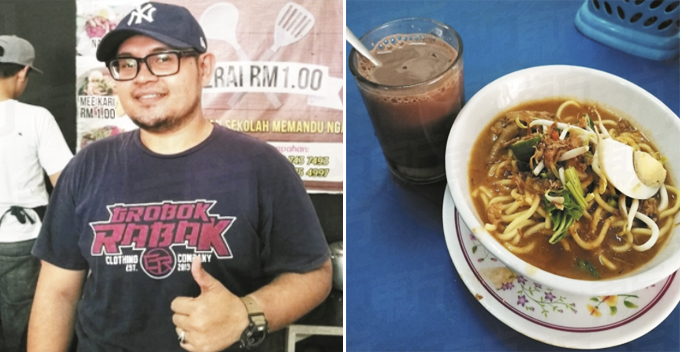