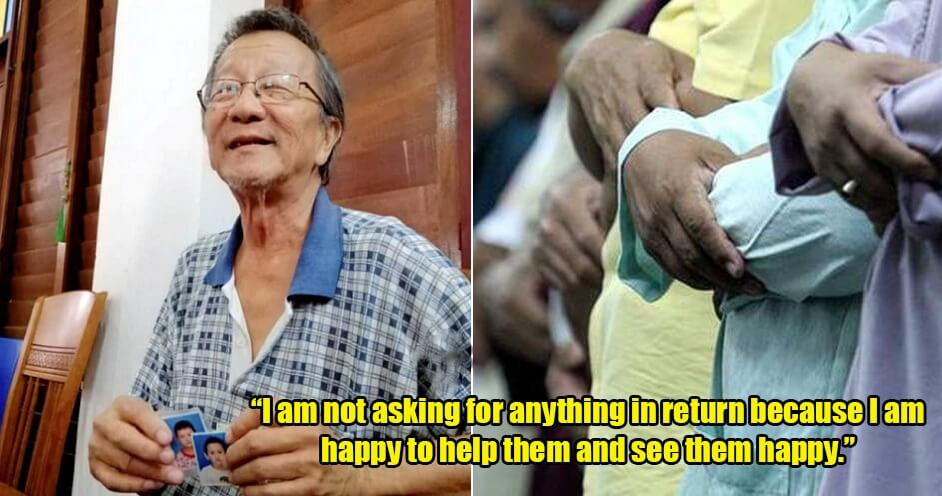 This 74-year-old man has a big heart because he believes that race and religion doesn’t stop us from loving one another. NST wrote that Lim Peng Chik has adopted four Malay children – two boys aged 5 and 8, and two 15-year-old girls – from broken homes, and he is raising them like his own kids.

The kind-hearted man even wakes them up for sahur and will ensure that they attend their tarawih prayers every night. Lim, who lives in a rented house in Taman Cempaka, Ipoh, was quoted as saying,

“Every Ramadan I wake them up for sahur. Each night, I will send them to the mosque for tarawih prayers. I take care of their education since they come from poor and problematic families. I send them to school and fetch them home in the afternoon.”

“The fact that we are of different races and religions does not bother me. I am not asking for anything in return because I am happy to be able to help them and see them happy.”

Lim revealed that he has been adopting and taking care of Malay children for almost 30 years. He elaborated that he started adopting and caring for these children when he was living next to a poor Malay family in Taman Desa Tambun. 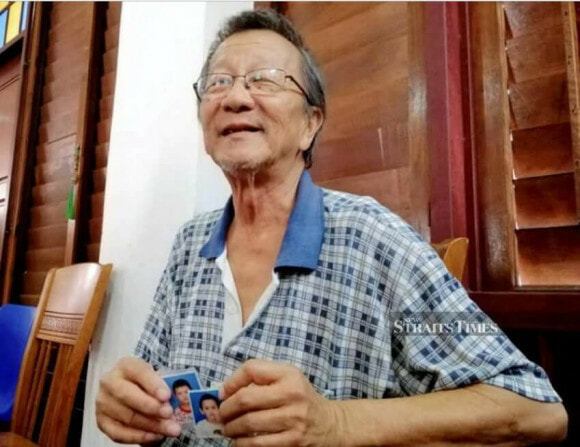 “I knew they were struggling to make ends meet. So I helped them by providing them with rice, food and drinks, and pocket money. I never had second thoughts about it.”

Lim is actually a chemistry graduate from University Malaya (UM). He had even worked in one of the laboratories in Singapore for two years before making the decision to return to Malaysia. Wowza!

Upon returning home, Lim then started venturing into a palm oil export business in Port Klang, Selangor. After that, the amazing man went on to serve the Federal Land Development Authority (Felda) for nearly 20 years.

“I then went to Manila and worked with an oil refinery company for two years, but returned to Malaysia as a manager in a chemical-related company. Then I worked as a housing developer but it only lasted eight months because I did not have the experience in the field.” 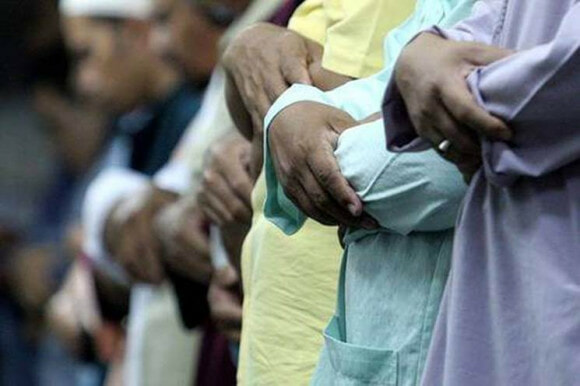 FYI, Lim shared his great story with reporters during the “handing over of donations to 60 new converts and 20 non-Muslims” in accordance with the holy month of Ramadan. This particular drive was organised by the Malaysia Muslims Welfare Organisation (Perkim) of Kampung Paloh Branch and Pertubuhan Mualaf India SeMalaysia (MIRA) at the Paloh mosque, Perak. Nice!

Having said that, it’s great to see people like Lim who go out of their way to help people in need. We should definitely take a page out of Lim’s book and strive to be better human beings.

That said, we wish Lim and his kids all the best in their future endeavours!

Also read: This Mufti Won Praises from Malaysians Because He Gifts Cakes to His Chinese Neighbours Every CNY! 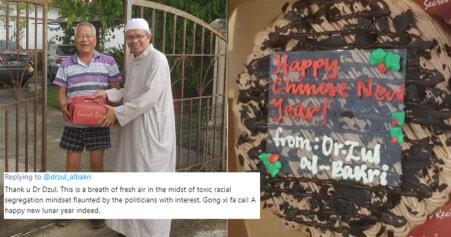