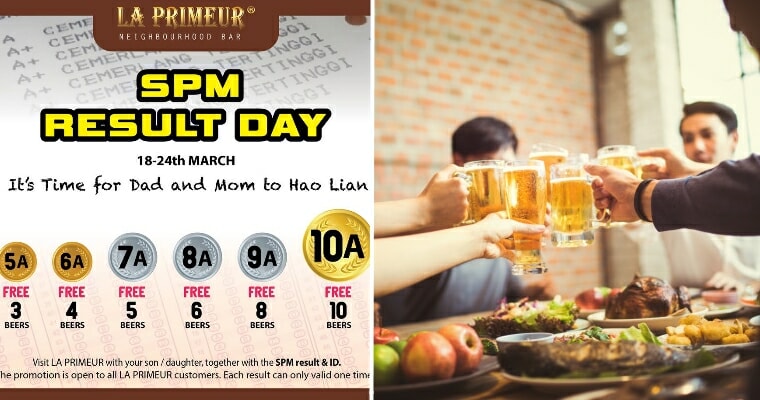 Exams, especially ones as important as the SPM, can be a stressful time for everybody involved – the teachers, the students, and even the parents. Well, La Primeur, a neighbourhood bar in Johor Bahru, has been making waves recently thanks to its curious promotion promising free beers for parents whose kids performed well in the SPM examination.

“Dear Daddy and Mommy, Time to HAO LIAN (a Hokkien slang term roughly meaning ‘show off’)! We thank all fathers and mothers for their hard work. From 18th to 24th of March, come on over with your darling and their transcripts.”

The promotion also included a scale showing how many beers a proud parent can redeem for their kid’s good grades, from 3 beers for 5A’s to a whopping 10 ice-cold beers for 10A’s. 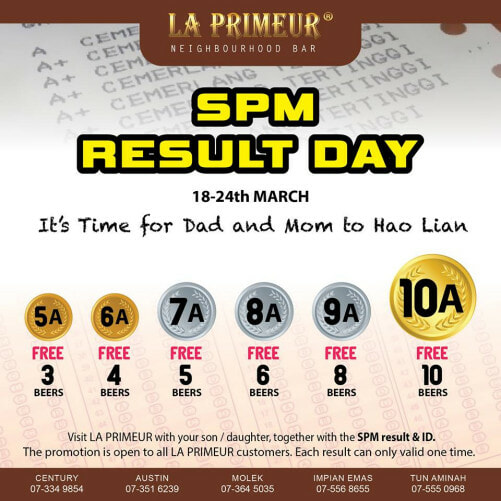 As you may expect, netizens were pretty amused by the unusual marketing, sharing their thoughts in the comments section.

“Will you accept my old SPM results?” one netizen cheekily asked.

“Can I use my SPM cert to drink in advance for my future kids?” another user commented.

Meanwhile, some netizens teased the bar for leaving out those with bad grades, with one saying, “Come on, it’s the parents of those that get 10F’s that really need those free beers.”

Featuring a full menu of bistro foods, they’ve also encouraged parents to treat their children to a celebratory dinner when they bring them over to redeem the drinks. You can check out the promotion on their Facebook.

We have to admit, it’s really cool of La Primeur to present such an opportunity for families to come together to celebrate and bond over happy memories. Cheers!

As for our readers who have gone through SPM, what are some of the coolest or most memorable rewards you’ve gotten for your grades? Tell us in the comments!

Also read: Starting 1 April, Beer Lovers Can Expect to Pay Up to 5% More for Alcoholic Beverages 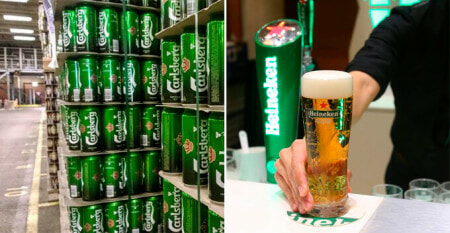