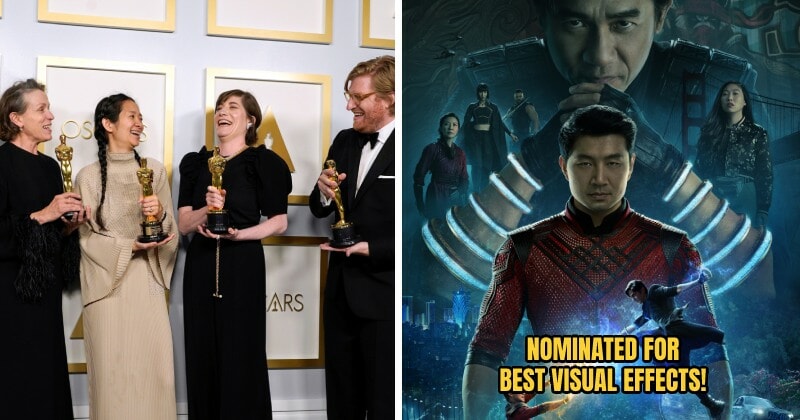 When cinemas were allowed to open once again after MCO, Malaysians rejoiced so much that the ground shook! Okay, maybe that didn’t happen, but there is zero doubt that we LOVE our movies, from blockbusters all the way to international movies and indie darlings.

And one way we like celebrating the awesomeness of movies is to watch the Academy Awards show (or the Oscars) to find out which of our favourite movies got the recognition they deserve. Plus, we get to swoon over our celebrity hunks and hotties, who will be dressed up to the nines in gorgeous gowns and stylish suits on the red carpet! 😍

If you’re planning to catch the 94th Oscars ceremony this year, then we have a recommendation for you!

Astro is playing host as the Home of the Awards this year, and will be broadcasting the 2022 Oscars awards ceremony LIVE this 28 March, 8AM on SHOWCASE Movies, CH 413, as well as Astro GO!

You read that right! You’ll be able to catch the high-quality broadcast of the Oscars at the Home of the Awards a.k.a. Astro without resorting to other means to watch it. 😜

Here are all the awards categories that will be announced during the 2022 Oscars live broadcast on Astro: 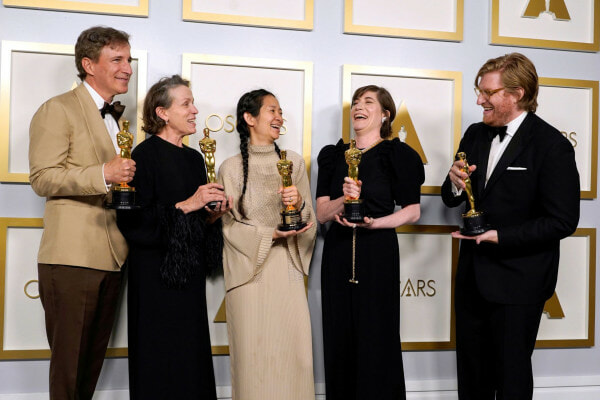 Nomadland won Best Picture and Best Director in the 2021 Oscars.

However, most of the nominees this time weren’t shown in Malaysian cinemas, so we have no idea what some of these movies are. 😱 Fortunately, we have a solution for you to catch up on them before the Oscars happens!

Here’s how you can watch Oscar-nominated movies in one place!

Shang-Chi and the Legend of the Ten Rings is in the running to win Best Visual Effects at the 2022 Oscars!

Now you can watch most of the Oscar nominees on Astro too, thanks to their partnership with Netflix, Disney+ Hotstar and HBO GO. And my oh my, there’s quite a selection for you to choose from, and it even includes some of the lesser-known movies!

It can be a bit of drag to keep track of which Astro partner app is streaming which movie, so we’ve compiled a list of Oscar nominees, both blockbusters and more indie-ish stuff, and arranged them according to the platforms you can watch them from! Check them out below:

Spider-Man: No Way Home – the most successful movie of 2021 – is also nominated for an Oscar!

The Power of the Dog is Netflix’s strongest contender, leading the pack with 12 nominations. 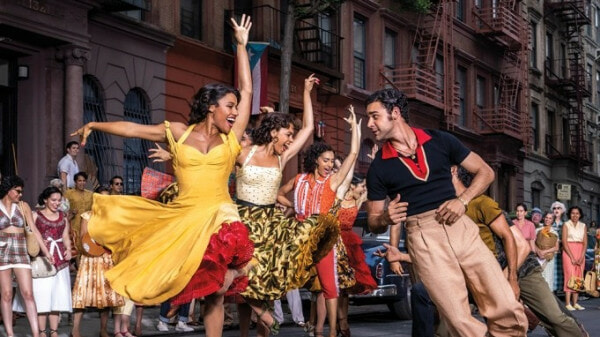 West Side Story has already won three Golden Globe Awards, including Best Picture – Musical/Comedy. Will they bag more at the Oscars?

Dune is the second strongest Oscar-nominated movie with 10 nominations, including Best Picture!

On top of these, not only can you watch past Oscar-winning movies at the Home of the Awards like Mank and The Trial of Chicago 7, you’ll also get to enjoy this year’s BAFTA nominees and winners, including:

That’s a lot of award-winning movies we can watch right on Astro! Awesome kan? 🍿

Whether you’re an existing Astro user or a new customer, here’s how you can sign up for Astro’s Premium Pack 3 (only RM154.99!) to enjoy this year’s awards season, as well as all the movies your heart desires! You’ll also get 30 days to stream for FREE with On Demand or Netflix, Disney+ Hotstar, HBO GO and TVBAnywhere+. Terms & conditions apply.

Well, let’s get started then! We only have less than two weeks left to binge these movies before the 2022 Oscars, so you better hurry! And thanks to Astro for being this year’s gracious host as this year’s Home of the Awards!