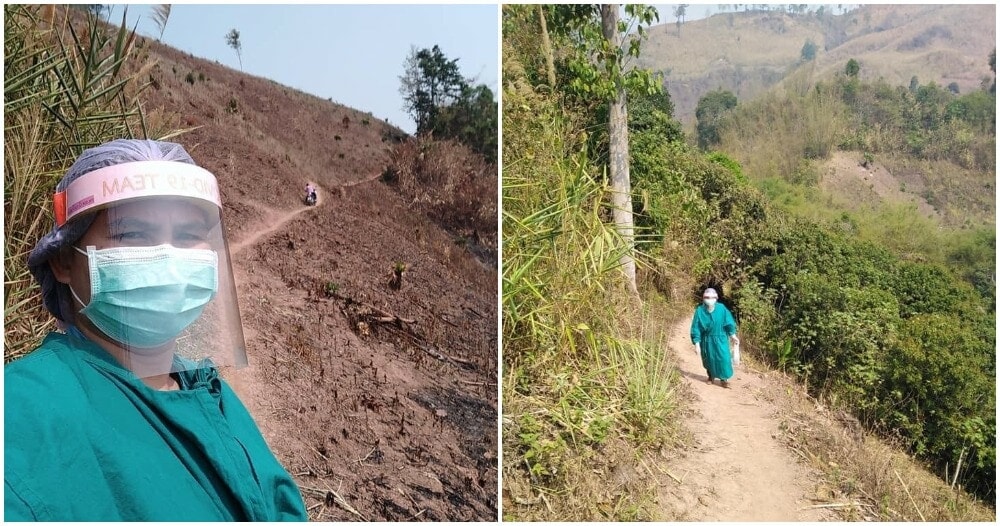 Doctors are some of the most amazing beings on earth for their selflessness in putting themselves in the face of danger just to treat their patients.

A Thai doctor named Doctor Soi who works in a rural health clinic in the Nan province has achieved internet fame for hiking two mountains and crossing a stream to treat a child. The story was shared on a Nan Province Facebook page. Without further ado, let’s dive into the story. 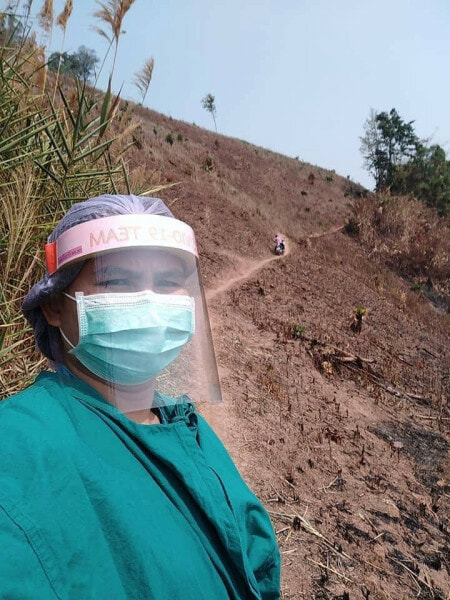 It was a hot day and Dr. Soi was working at the health clinic like any other day. She had a very simple lunch and is going through some files. Suddenly, a person came in to report of a child who has a fever while in quarantine with their family in another area.

Dr. Soi said that she’ll visit the child to take a look at them. With that, she got dressed in her full PPE as a safety precaution, wore some rain boots as she knew she had to cross a stream and put some medical supplies in a bag. She then set off to the village on a motorcycle with an assistant. As they were in a rural area, there were only steep, narrow dirt roads and often times Dr. Soi would need to walk while her assistant rode the motorcycle. It was 38°C. 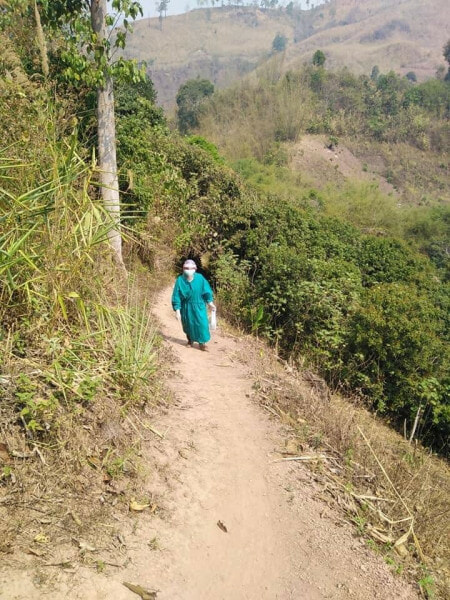 Right before their destination, there is a super steep road and Dr. Soi was already exhausted that time. When her assistant reached the top, he asked her if she was okay. Although she was tired to the bone, she said that she was fine. With the weight of the bag making itself known on one side, she held onto any roots or trees that she can find. Due to her fatigued state, she kept slipping and falling. When she finally reached the top, she saw a small little hut in the distance. 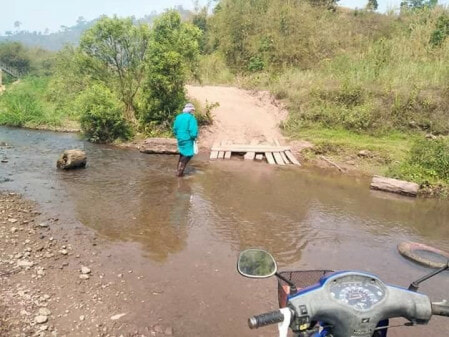 Getting closer, she can see that the little wooden hut is in the middle of a farm and there were about six people there, two older ladies with four children. They were very happy to see the doctor and her assistant. Overwhelmed, Dr. Soi felt her tears welling up but she covered it up by asking the children whether staying at a farm was fun. Everyone said that it was fun.

Dr. Soi set out to work and examined the sick child as she didn’t want to go down those dirt roads in the dark. The child had a slight fever and a sore throat, so she gave them some medicine and asked the mother to monitor the child’s condition. 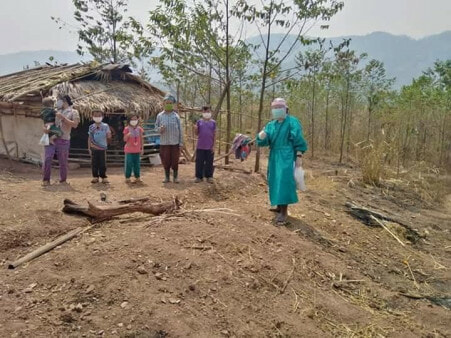 When Dr. Soi reached her home that day, she was thoroughly exhausted but her sleep was troubled with the thought of the sick child. After three days, the person who sends food and water to the family of six came to the clinic and told Dr. Soi that the child has recovered.

Feeling relieved, Dr. Soi says that by interacting with the villagers, she forgot all the tiredness and hardships she faced during work. All she wanted was for them to receive good healthcare. 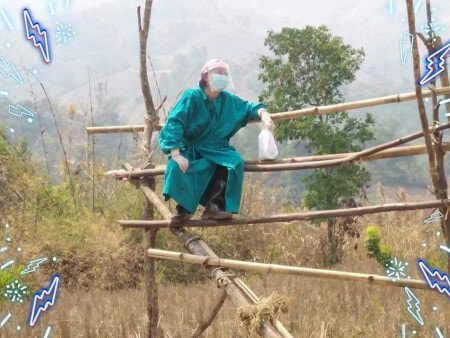 Dr. Soi is such an inspiring doctor for going all out to treat a patient during these troubled times! Thank you Dr. Soi! 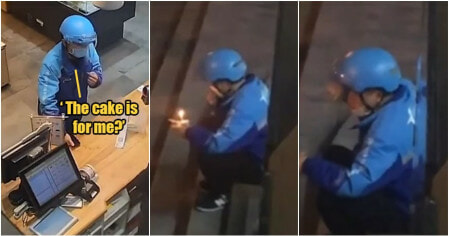