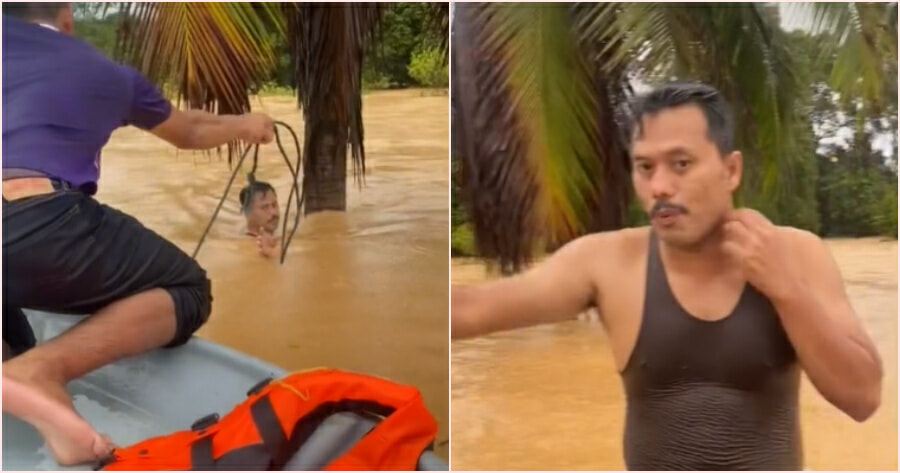 In recent weeks, the floods in the East coast states of Malaysia have been horrendous with states such as Kelantan and Terengganu being the worst hit.

Authorities and civilians have sprung into action to help those who need rescuing and flood aid.

Recently, a video went viral on TikTok after it showcased a man clinging on to a coconut tree as he waited for rescuer to arrive.

The video was recorded and shared by TikTok user @megatmey, who was one of the rescue crews who found the man in Kuala Berang, Terengganu clutching a coconut tree for safety in deep floodwaters. 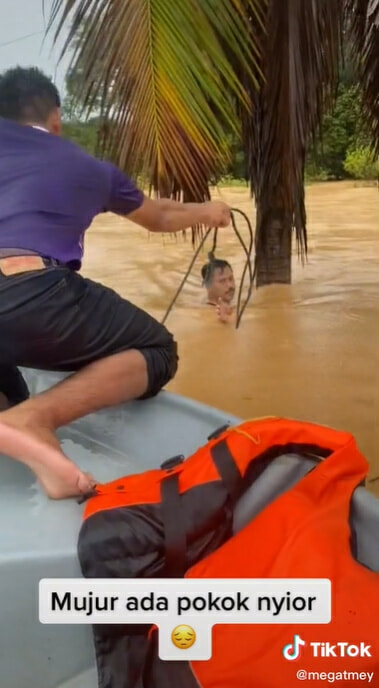 After the man had safely boarded the boat, he quickly gave the rescuers directions on where to go to find more flood victims. 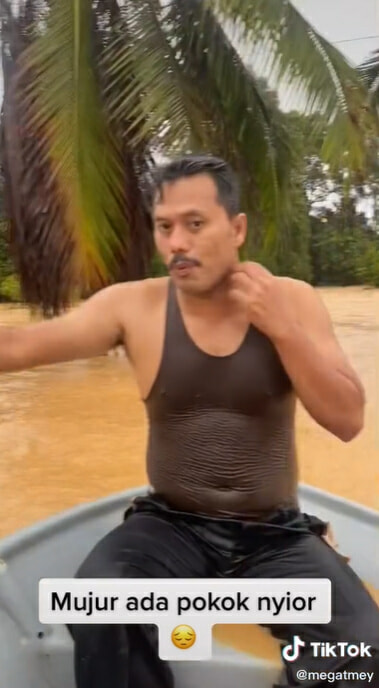 Netizens praised him for being unselfish

Upon seeing the video, Malaysians were quick to commend and praise the man for immediately thinking of others before himself.

One user commented, “Even in that situation he can still instruct you guys to go save the others.”

“Thank you for helping out. I hope that Allah makes it easier for you,” they added. 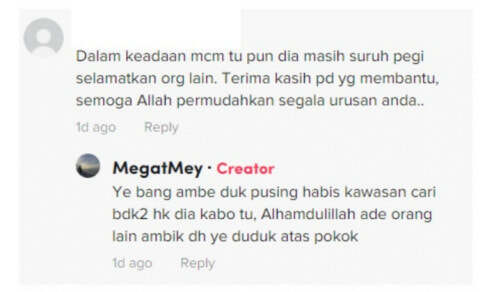 To which Megat replied, “Yes, we have gone round the area to try to find the kids that he mentioned. Fortunately, another rescuer saved them whilst they were clinging onto trees.”

Another user said, “It appeared as if he was just waiting for death and suddenly you guys managed to rescue him. Thank you to the rescuers.”

Meanwhile, one of his relatives commented on the video expressing their gratitude towards Megat and the rescuers. 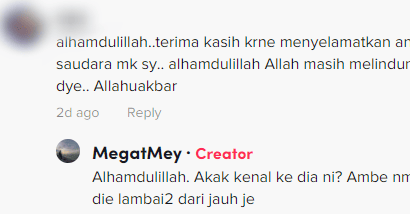 Kudos to all the rescuers who have stepped up to help those in need. We hope that everything runs smoothly and that they will be rewarded for their kind acts.

Also read: M’sians Slam T’ganu Politician for Rescuing Himself From Flood & Leaving Others Behind on Aid Lorry 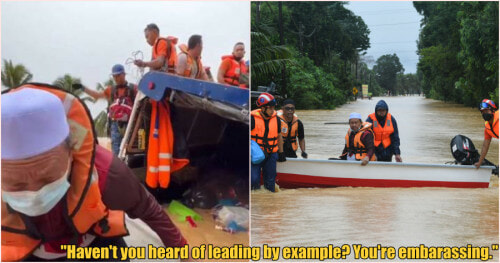