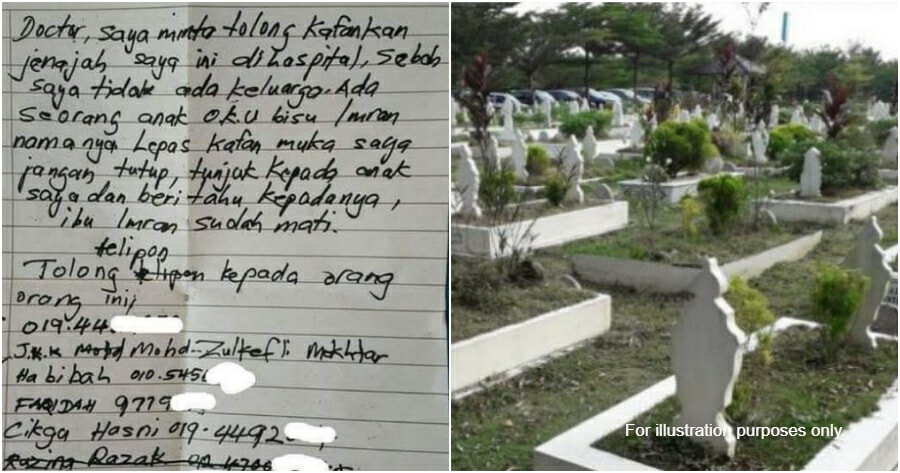 A mother’s love knows no bounds, even until the very last moment of her life.

Recently, a Twitter page known as TikTok Berguna shared an image of an anonymous letter which is believed to be a mother’s last letter prior to her death. 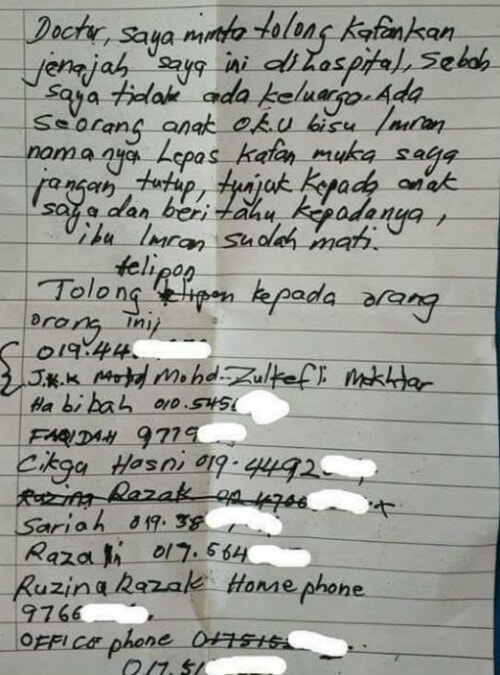 The letter began with the mother asking the hospital’s help to kafan (shroud) her in the event she passes away, which fate she believed was just around the corner. She has no family, except a son who is disabled (OKU) and mute.

“His name is Imran. Please show my face to him and tell him that his mother is dead.”

She then continued the letter by providing a list of names and numbers to be called. However, neither the location nor the identity of the mother were disclosed.

The post has been widely circulated on social media and netizens expressed their sadness seeing the last words from the mother.

“The love of a mother. Still thinking of a son even when death is just around the corner.”

“The fear and concern of a mother especially with a disabled being left behind. Hopefully, someone else loves and cares for the son after this as much as his mother did.”

Some even offered to help the lonely disabled child.

If you have more information about this, please do let us know in the comments. 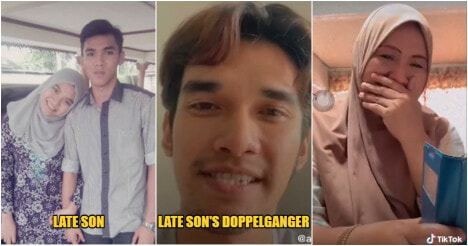